Seventy-nine new COVID-19 cases were registered on Friday, while a further 30 patients recovered, according to health data.

The number of new cases is the highest since August 19, when 86 new cases were recorded.

Another 66 cases were recorded on Thursday and 64 on both Wednesday and Tuesday.

There are now 753 known active cases in Malta.

Of these, 13 are being cared for at Mater Dei Hospital, including three in the intensive care unit. This is two fewer than the number in hospital on Thursday.

The rising number have pushed Malta off the EU's green travel list. 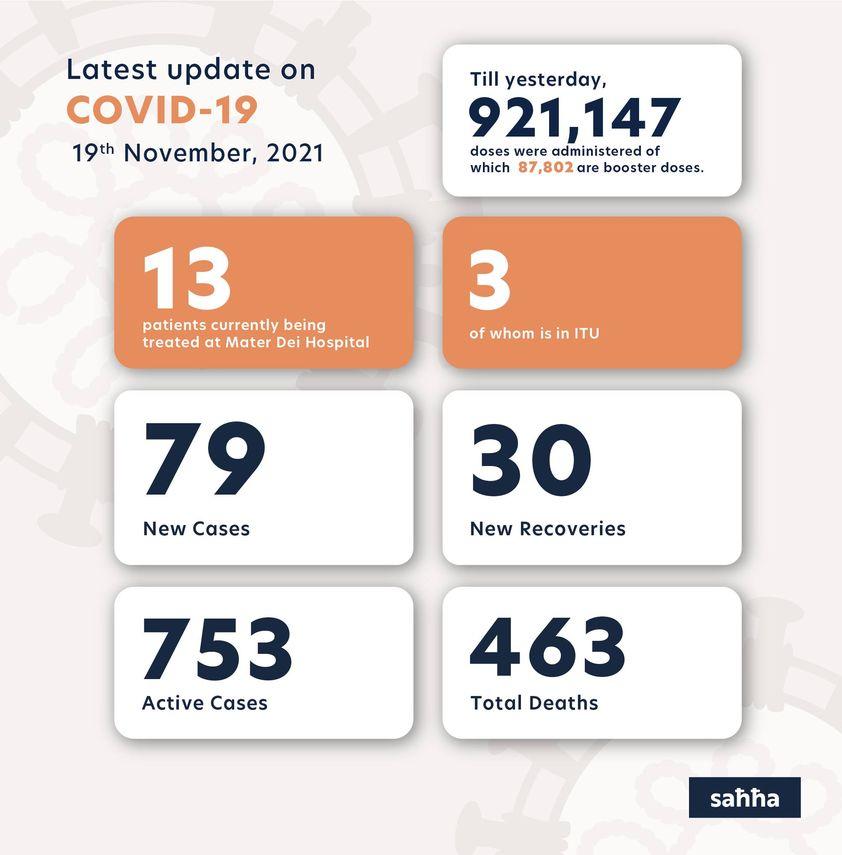 So far, 87,802 booster jabs have been administered, while a total of 921,147 COVID vaccine doses were administered over the past months.

Prime Minister Robert Abela on Monday urged the public to take the vaccine and its boosters to keep the situation under control.

Times of Malta reported on Friday that doctors have observed that many of those who received the COVID booster shot have experienced stronger side effects than they did from their first two inoculations. This is nothing to be concerned about.