Sergeant William John ‘Bill’ Timms was one of the early Hurricane pilots who was sent to Malta in August 1940. He formerly served with No.43 Squadron. During the Norwegian Campaign, he and other pilots were posted to Hatston, in the Orkneys, an archipelago off Scotland, with the intention of flying Sea Gladiators of No. 263 Squadron and Hurricanes of No. 46 Squadron onto HMS Furious for transfer to Norway.

However, he and his friends arrived late, for the Hurricanes had been hoisted aboard from lighters, while the Sea Gladia­tors had been flown on by Fleet Air Arm pilots. Nothing more is known about Timms until the first delivery on August 2, 1940 of 12 Hurricanes of No. 418 Flight from HMS Argus to Malta during Operation ‘Hurry’. By August 16, the No. 418 Flight and the remaining original Malta pilots became No. 261 Squadron divided into ‘A’ and ‘B’ Flights. Sergeant Timms served with ‘B’ Flight.

On the morning of January 11, 1941, the pilots of No. 261 Squadron and the gunners of the anti-aircraft batteries prepared for the inevitable attacks on HMS Illustrious berthed at Parlatorio Wharf, Senglea, Grand Harbour. An ‘Air Raid Warning’ was sounded at 7.46am. 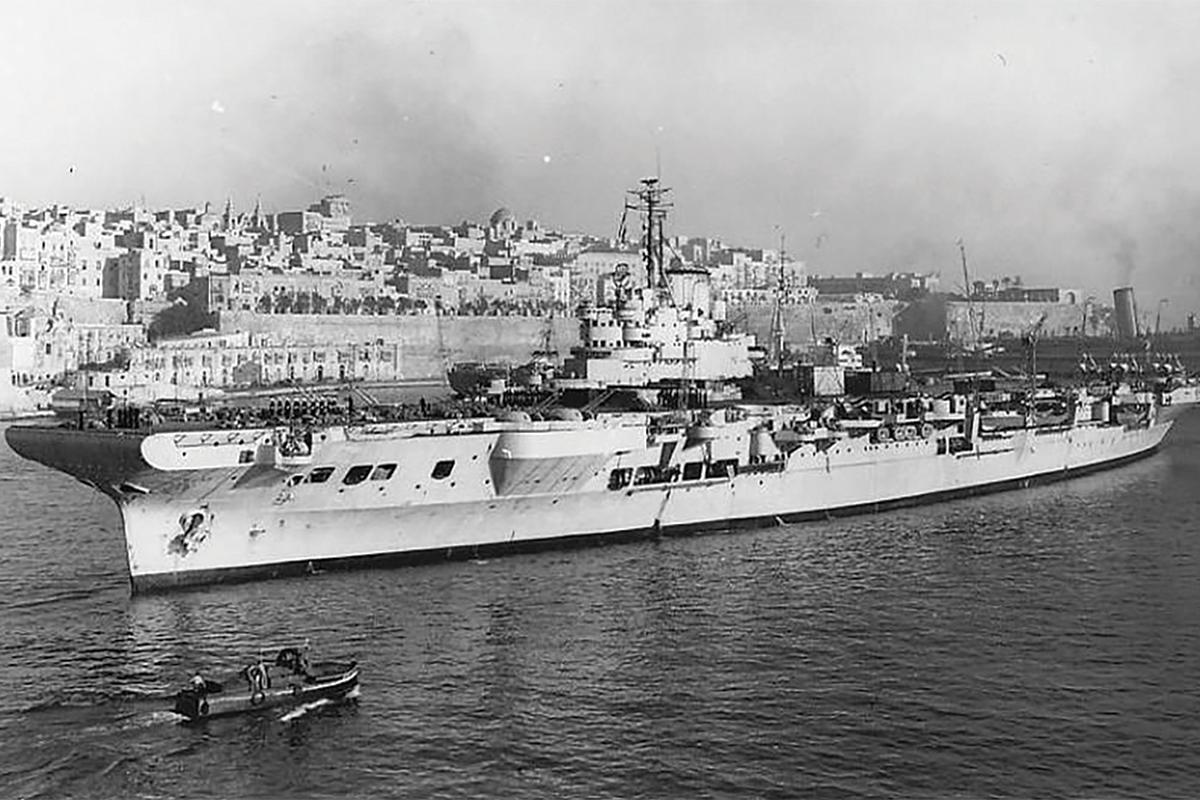 Although the ‘Raiders Passed’ signal was given at 8.44am, a single reconnaissance Savoia Marchetti SM79bis is reported to have appeared at 23,000 feet at 8.45am. The Malta Police reports and RAF records do not seem to tally or explain why the Italian aircraft appeared only a minute after the ‘Raiders Passed’ had sounded.

Meanwhile, six Hurricanes, led by Flight Lieutenant Maclachlan, were scrambled to intercept but failed to catch the intruder. However, following the return of the Hurricanes, it would seem that the Savoia Marchetti SM79bis returned as, shortly after, Timms climbed into Hurricane N2622 and took off, as recalled by Sergeant Pickering.

“Bill Timms was scrambled solo from Ta’ Qali with instructions to climb above the island with all haste. I would assume that radar had picked up a lone reconnaissance and the only hope of interception was to have height advantage. I was dozing in the sun on the Sergeants’ Mess balcony and watched part of the climb until I lost sight of the aircraft and I would have expected it to be over 20,000 feet when the engine noise rose quickly to a scream and suddenly stopped. Once you have heard a Merlin engine over-rev and blow-up, you cannot mistake the sound. Lack of oxygen was suspected. He may have forgotten to turn his oxygen on during the climb and have passed out, or there may have been a failure in the oxygen supply. We had the old rubber tubes connecting the oxygen bottle to the face mask and there was a suspicion that moisture could collect in a ben and freeze. 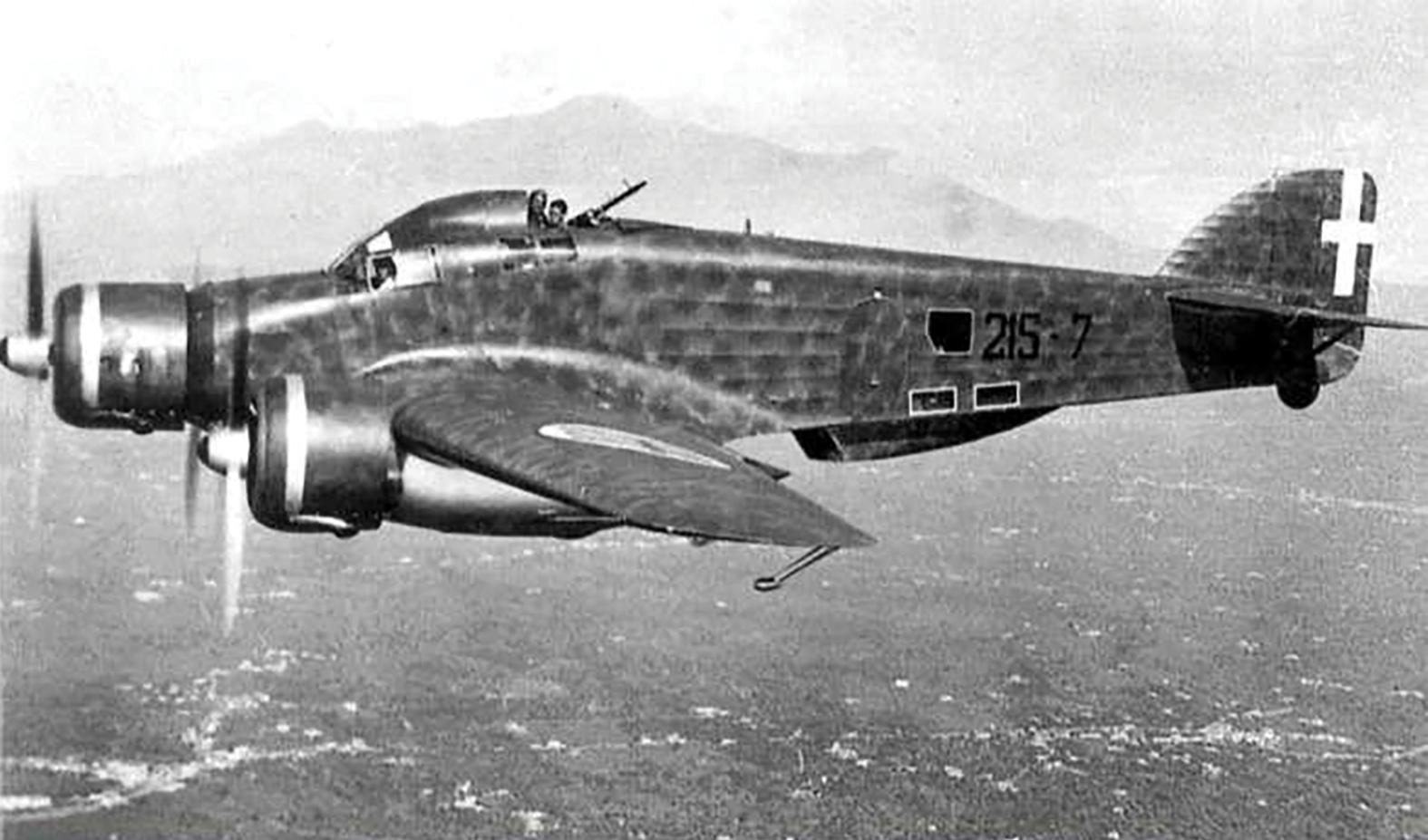 An Italian triple engine Savoia Marchetti SM79 similar to the one which flew over Malta on a reconnaissance flight. Source: www.facebook.com/Regia. Aeronautica.1923.46/photos

“Bill had control of the aircraft when he passed over Ta’ Qali at 2,000 feet and was heading for Luqa with the obvious intention of force-landing there. He should have made a normal forced landing at Ta’ Qali but Luqa was bigger. We could see that Luqa was too far to glide to and we were shouting for him to use his parachute. When he did so, he was already too low. I saw him leave the aircraft and knew there was no hope.”

The engine noise rose quickly to a scream and suddenly stopped. Once you have heard a Merlin engine over-rev and blow-up, you cannot mistake the sound

A young Maltese civilian, John Galea, was on the roof of his house at Żebbuġ as the Hurricane approached:

“…I heard the sound of an engine coming at speed right over my village. As soon as it passed over, heading to Luqa, it just turned over and dived headlong. The pilot bailed out at too low an altitude and his parachute opened. His body was only a short distance from the aircraft. On his jacket was the name ‘Timms’. The place of the crash was in a field in a nearby valley known as Wied Qirda.” 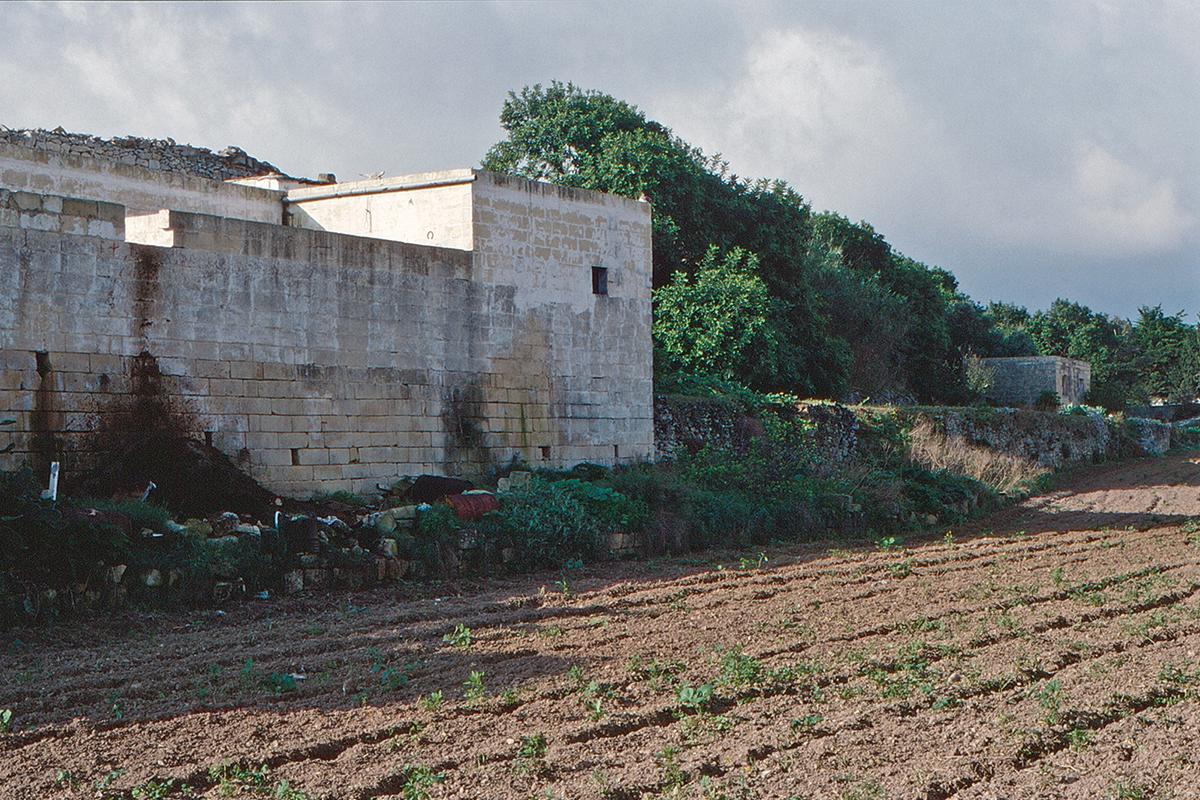 During the air raid, at about 8.35am, Adjutant Special Constable (SC) Pullicino observed an RAF plane crashing near Żebbuġ from his residence in Mdina. On the ‘Raiders Passed’ signal being given, he proceeded to Żebbuġ and discovered the wrecked aircraft near Wied Qirda. At the place, he met Special Constable 401, Calcedonio Mallia, with Inspector of the Special Constabulary A. Galea Azzopardi who had been the first on the scene.

At the time of the impact, at about 8.45am, Special Constable Mallia, overseer in the Public Works Department (PWD), rushed with his gang of four men to the scene. Again, there is a misunderstanding because, according to police reports, Timms’s Hurricane crashed at 8.45am, while RAF records say that the Italian reconnaissance aircraft appeared over Malta at the same time.

Meanwhile, the men had been at work on a road in Żebbuġ. They were the first people to reach the spot, along with Second Lieutenant L.P. Zammit of the Royal Malta Artillery (RMA). Timms was found huddled against a rubble wall, apparently with fractured arms and legs and with blood issuing from his eyes and ears. The PWD men extricated the dead pilot from his kit and parachute and tried to administer first aid, pending the arrival of an ambulance. About 30 minutes after the arrival of Second Lieutenant Zammit and the PWD men, an Air Raid Precaution (ARP) ambulance appeared on the scene and conveyed Sergeant Timms to hospital.

The district engineer retrieved some articles and then handed them over to the adjutant of the Special Constabulary, which included the following: one flying helmet; one leather gauntlet (left hand), marked ‘Sgt Timms’; one earphone; one woollen glove (left hand); one pair of wellingtons belonging to Sgt Timms; one pair of goggles (marked ‘Timms’); one parachute (folded) belonging to Flt/Lt Burgess; one microphone (broken); and one pair of boots.

There is a discrepancy in the reports of Special Constable Pullicino and Gatt of the Public Works Department where they don’t agree about the discovered articles. Gatt lists seven articles, while Pullicino lists six articles and a pair of them are different from each list. The articles in italics were the items handed over by the district engineer to the Adjutant of the Special Constabulary, while the rest were the items handed over to the SC. Interestingly, his parachute was not his personal one but the one that belonged to his colleague, Flight Lieutenant George Burgess.

The six articles mentioned above were handed over to Pullicino and he consigned them to the CID at the Police War Headquarters at 10am. Finally, an item that was never listed is the pilot’s wristwatch, which the SC had received from Superintendent J. Busuttil. This was handed over to the CID too. 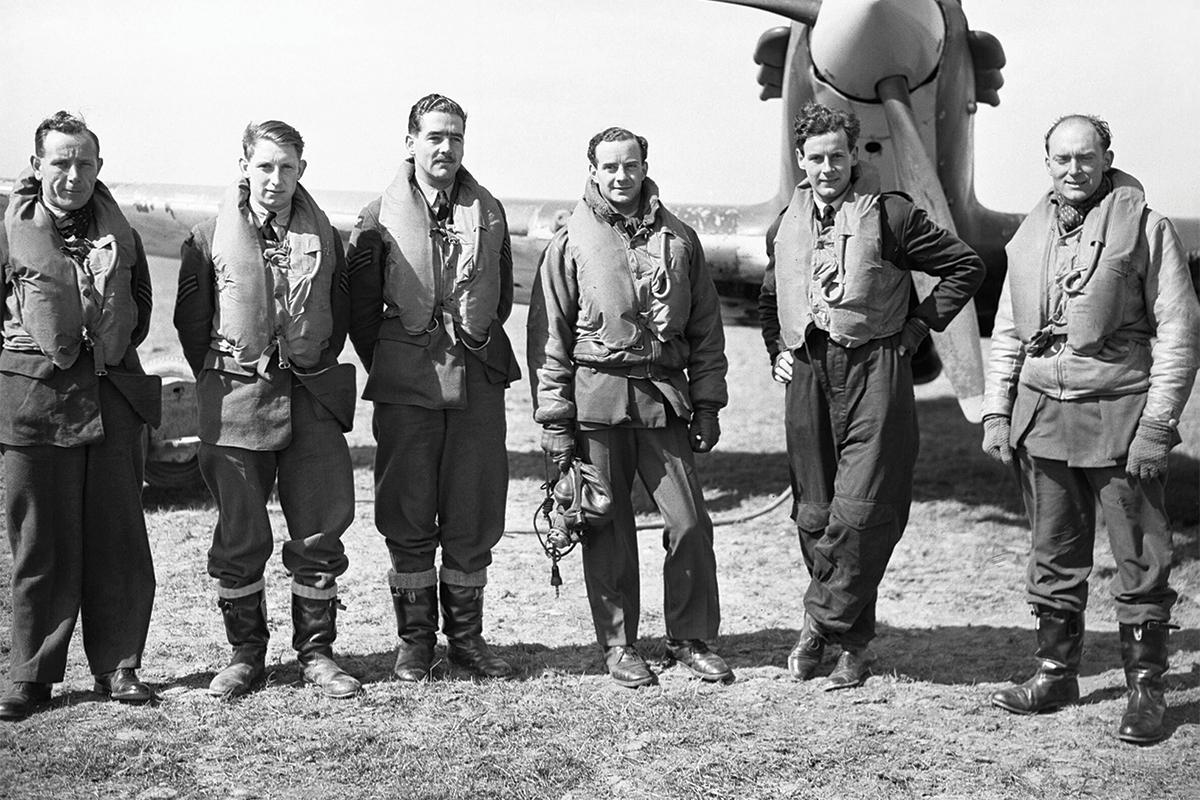 Pilots of No.43 Squadron based at Wick, Caithness, standing in front of a Hawker Hurricane Mark Is, April 1940. Source: Imperial War Museum

The author thanks Anthony Rogers for providing several sources, including his book Air Battle of Malta: Aircraft Losses and Crash Sites. Reference was also made to the book Malta: The Hurricane Years 1940-41, by Christopher Shores, Brian Cull and Nicola Malizia, which contains detailed information about this particular air raid, and to Malta Police reports. Thanks are also due to the staff of the National Archives, Rabat, and the National Library, Valletta.

Charles Debono is the curator of the National War Museum. 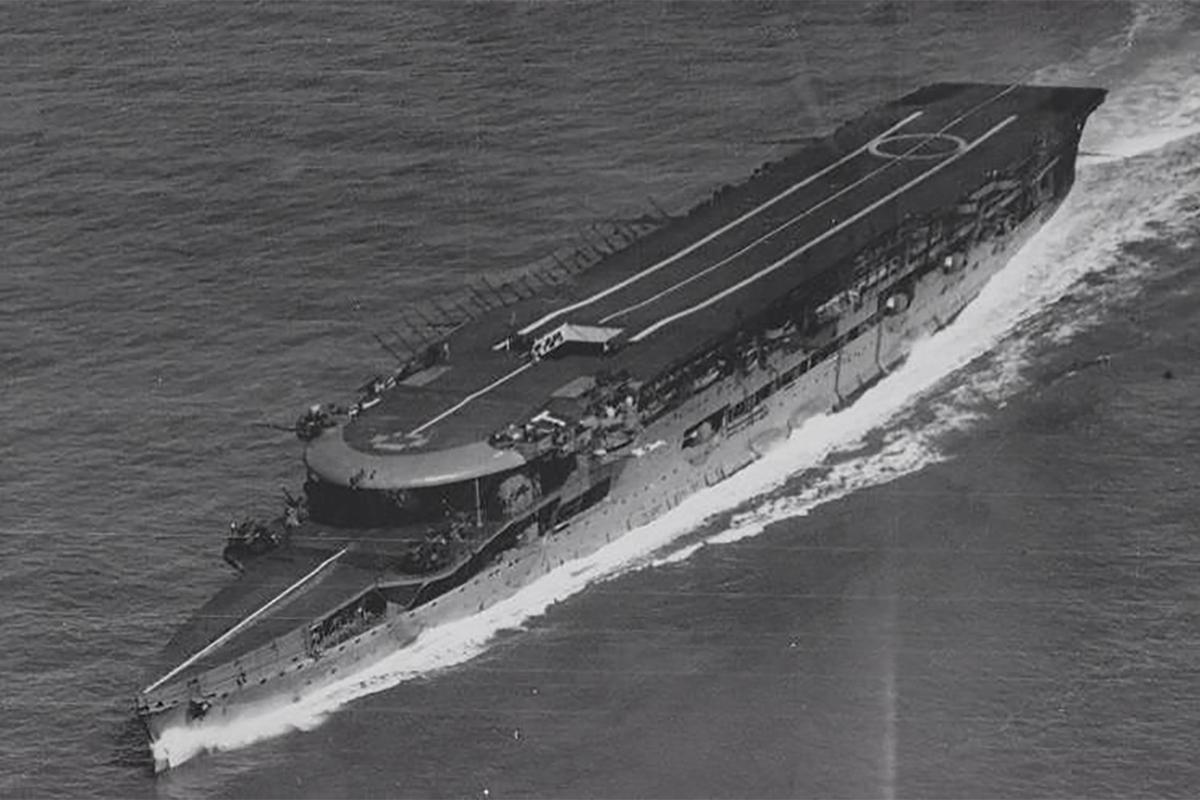