With the declaration of war against the Allies by Benito Mussolini on June 10, 1940, delivered before an unforgettably crowded Piazza Venezia, in Rome, Malta, as a British colony, had finally been drawn into the harrowing conflict that had engulfed the four corners of the world.

Although the first devastations of war were not to be delivered by the Italians until the end of 1940, Malta had quickly adapted to the new reality that it faced and continued relatively normally with daily life. However, things were to change rapidly with the start of the new year.

At the end of 1940, the siege in the Mediterranean became all the more serious. Malta, being locked between North Africa, conquered by the Italians, and Sicily, lent itself as an inestimable asset to the Allies and a most treacherous threat to the Germans and the Italians.

The Germans soon decided to raze the island’s defences and stop all incoming supplies, hoping to starve the island into capitulation.

To this end, vowing to destroy their worst enemy in the Mediterranean − the aircraft carrier HMS Illustrious − the Luftwaffe moved its aircraft down to Sicily  in order to concentrate their attacks and ensure the safe arrival of their convoys in North Africa. 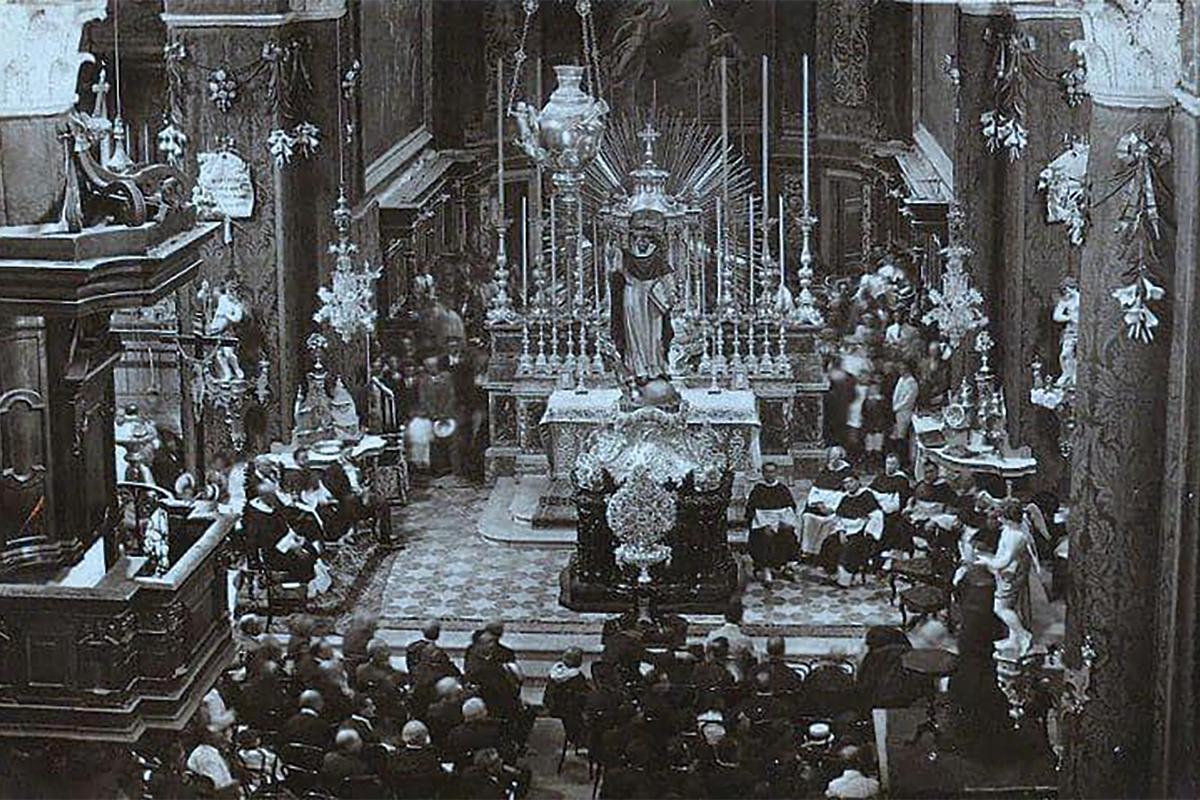 The interior of the church of the Annunciation decorated for the seventh centenary of the death of St Dominic in 1922. The silver pedestal, the inlaid-wooden predella, the suspended canopy and Eucharistic throne made by Vittoriosa artist Giuseppe Decelis can all be seen.

During the stealth of the night on January 10, 1941, the Illustrious berthed in Parlatorio Wharf, in Corradino, already heavily damaged, having survived a scathing attack by the Germans while making its way to Malta.

The Germans dropped their first bombs in Malta on January 16, 1941, during which attack the Illustrious was only hit once but the surrounding cities sustained heavy damage.

The monumental Basilica of Our Lady of Victories, in Senglea was blitzed during the relentless bombardments of the afternoon and the sacristy and the chapter hall of the collegiate of St Lawrence, in Vittoriosa were both destroyed, burying under the rubble more than 30 people. Some 300 people gathered in the cloister of the Dominican priory of Vittoriosa following instructions from the authorities, who initially deemed churches and priories a safe shelter during the attacks.

All sacramental activity was consequently shifted to the church of the Annunciation. The friars maintained the full horarium of masses and fulfilled their obligations in various parts of the Cottonera. The acting-archpriest, Fr Paul Galea, and his vice-archpriest, Fr Anton Caruana, found refuge at the Dominicans. However, later, both the friars and the archpriest deemed it safer to spend the nights in the shelters at the ditch of Vittoriosa with the rest of the city’s population. 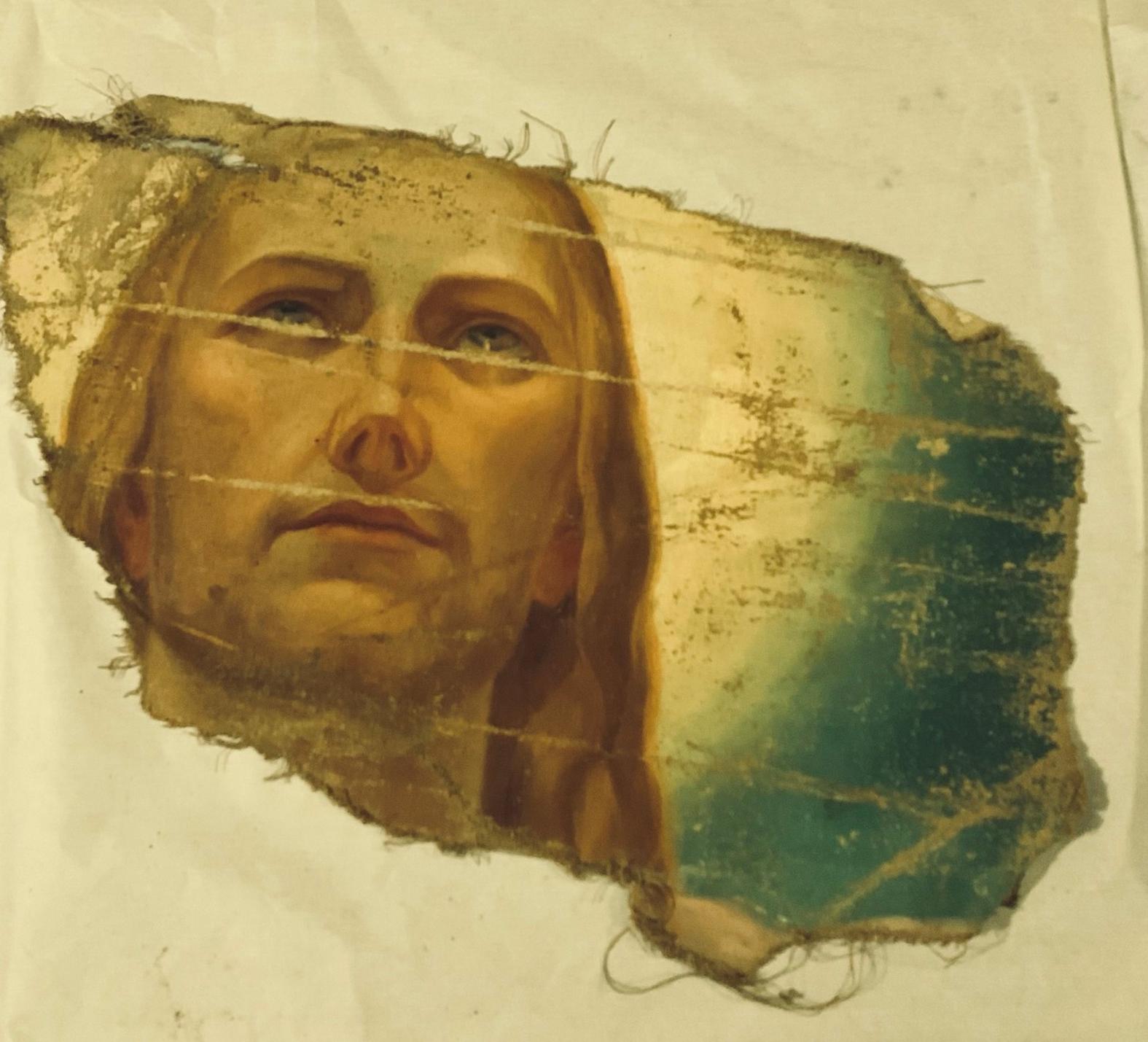 Fragments from Giovanni Battista Conti’s dome, saved by the late Joseph Saliba and recently donated to the Dominican friars of Vittoriosa by his son, Joseph Saliba. These fragments show details of the beautiful faces depicting Christ and an angel. 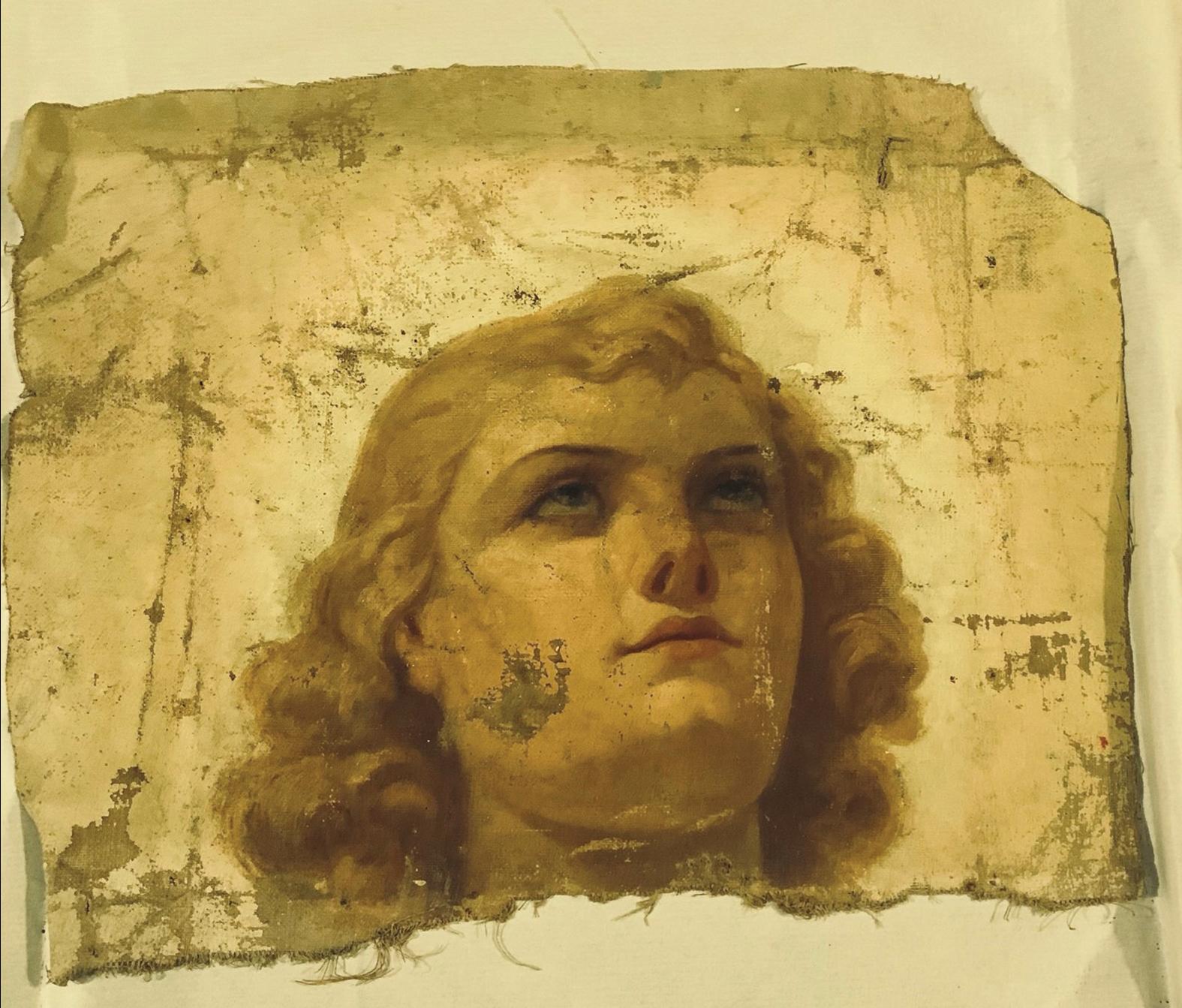 On January 19, the friars gathered for prayer and remained in choir for the conventual mass of 8am. The archpriest delivered the banns of marriage in the Dominican church of the Annunciation, as he used to do at the parish church. The friars had barely finished praying the terce when the Germans returned to attack. Those were the last prayers to be recited in the ancient church of the Annunciation. It suffered a direct hit on the choir and the sacristy and another bomb fell on the dormitories of the priory.

The devastation that the church and the priory sustained is movingly described by the late Fr Michael Fsadni, OP, who was, at the time, assigned to the Dominican priory of his hometown Vittoriosa. Although arrangements had already been made earlier in the morning for the friars to move to their priory in Rabat, their departure was delayed by the German blitz. A certain Br Martin Grech, OP, aged 66, had to be helped out of the ruins of the priory for he had stayed there during the attack.

The destruction of the church of the Annunciation, its medieval belfry and its adjacent priory were not only a loss for their architectural value but also for the many precious objects that they held within. Paintings by the illustrious Giovanni Battista Conti on the dome ‒ whose construction had only taken place in 1925 ‒ had nearly been completed. Only a few paintings in the lantern were left to be painted. Unfortunately, only eight bozzetti sent by Conti to the friars in November 1938 survive, along with small fragments from the actual paintings. 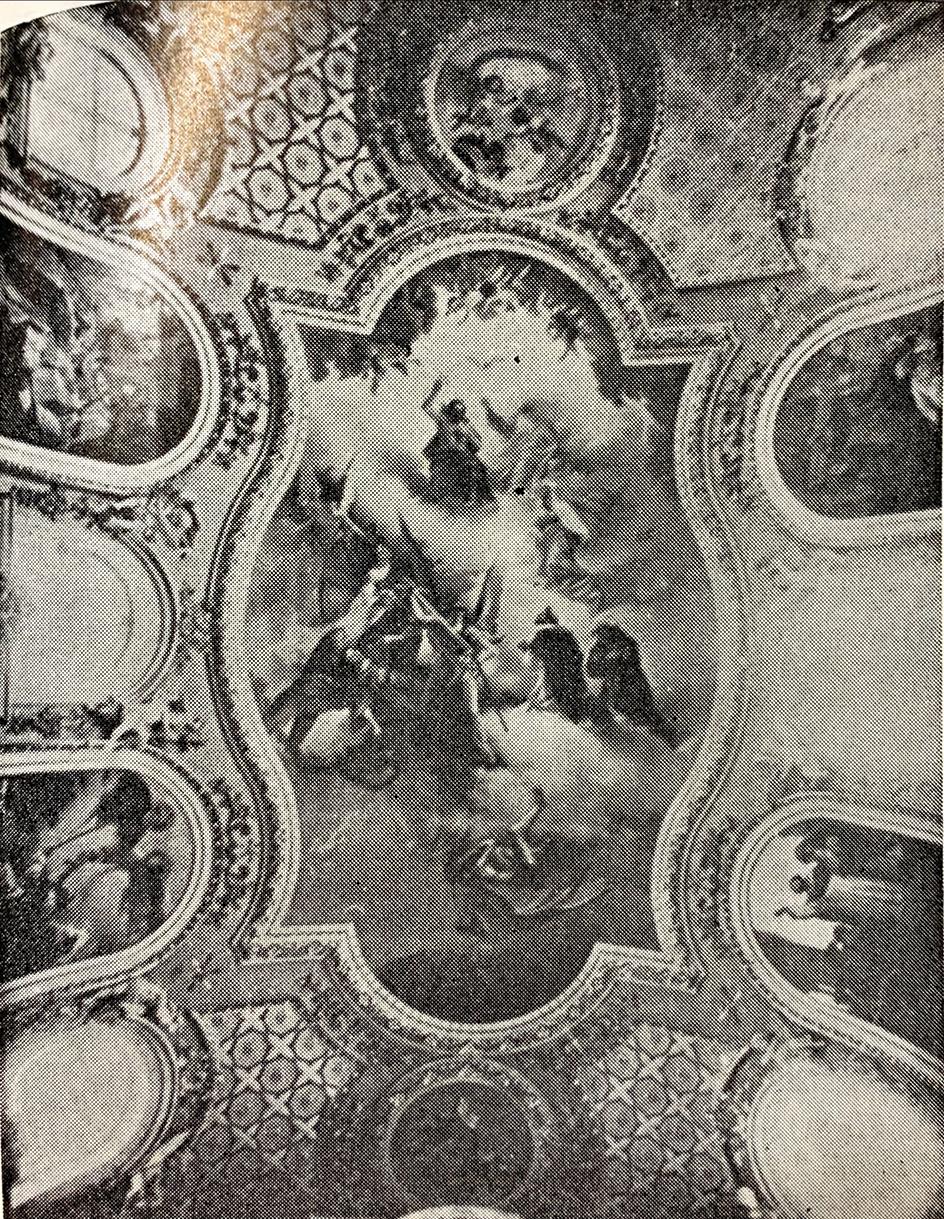 The vault of the former church with paintings of Lazzaro Pisani.

Joseph Saliba has recently donated multiple fragments that his father, the late Joseph Saliba, had saved from the wreckage. These complement two further fragments that are already found in the priory of the Dominicans in Vittoriosa.

After the blitz, the dome remained remarkably suspended on three pillars but came down in a heavy thunderstorm later. The church of the Annunciation was also greatly renowned for its sacristy and glorious vault painted and decorated by Lazzaro Pisani and the organ loft decorated by Giuseppe Calì. Nothing was found of the ancient Italo-Byzantine icon of the Blessed Virgin Suckling the Child. This icon predated the events of the Great Siege and devotion towards it had greatly increased after many attributed the victory of 1565 to its miraculous intercession.

Most of the altar paintings were badly damaged by splinters, the priory suffered the loss of its precious museum and many ancient manuscripts from its library were lost during the bombing and the subsequent months of unfortunate abandon. Fortunately, some precious gems still survive and their artistic prestige are a witness to the richness of the former church.

The silver pedestal brought from Milan in 1907 and the inlaid wooden predella for the statue of St Dominic, on the design of the master craftsman from Vittoriosa, Giuseppe Decelis, survive to this day.

From the same master, one can still admire the canopy that hangs over the high altar during the feast of St Dominic and the majestic Eucharistic throne that is placed on the high altar for the Forty Hours in the month of June.

The rebuilt church of the Annunciation today proudly overlooks Vittoriosa from its hilltop once again. It beckons to the artistic world with masterpieces such as Emvin Cremona’s Annunciation hanging above the high altar.

Perhaps none of us can share the disappointment of Fr Alfonso Spiteri, OP, and Fr Umberto Zampa, OP, who spent a lifetime working for the construction and decoration of the dome, which was left unfinished.

And none of us will ever understand the trauma of war as those many brave priests who served the people of God during that time of misery, terror and death. Yet, we all share in the mourning of the artistic and cultural legacy that the ravages of World War II denied the glorious and noble city of Vittoriosa.