Mosta church is to benefit from €850,000 raised from the sale of passport funds for a new floodlighting project.

The funding was announced by the parliamentary secretary for citizenship Alex Muscat.

Muscat said the project will emphasise the architectural features of the rotunda church. The lighting will be energy efficient and centrally controlled so that it can be altered for particular occasions.

The minister also noted that the basilica is a tourist attraction, drawing 890,000 visitors in 2019.

That project will also be funded by the National Development and Social Fund, which collects and invests income from the sale of Maltese passports.

Both Mdina and Mosta are part of the 11th electoral district - the district Muscat represents.

Last week, Home Affairs Minister Byron Camilleri announced funding of €90,000 for roof repairs and other works at Fgura parish church, a church, whose design, he observed, is unique in Malta.

Camilleri is a former mayor of Fgura and represents the fourth district, which includes the town.

Funding for the Fgura church repairs will come from Komunità Malta following a request from the Carmelite friary and Fgura council, the minister said. Komunità Malta is the government agency responsible for administering and processing all Maltese citizenship-related matters, including the sale of passports.

The NDSF was set up in 2015 and is tasked with spending money for public projects that advance "education, research, innovation, social purposes, justice and the rule of law, employment initiatives, the environment and public health."

Funds have been reserved for projects ranging from the restoration of a historic niche in Rabat to an €8 million investment in a hospice centre in Santa Venera, as well as donations to make up for shortfalls in charity donations and investments in community policing in 12 different localities. 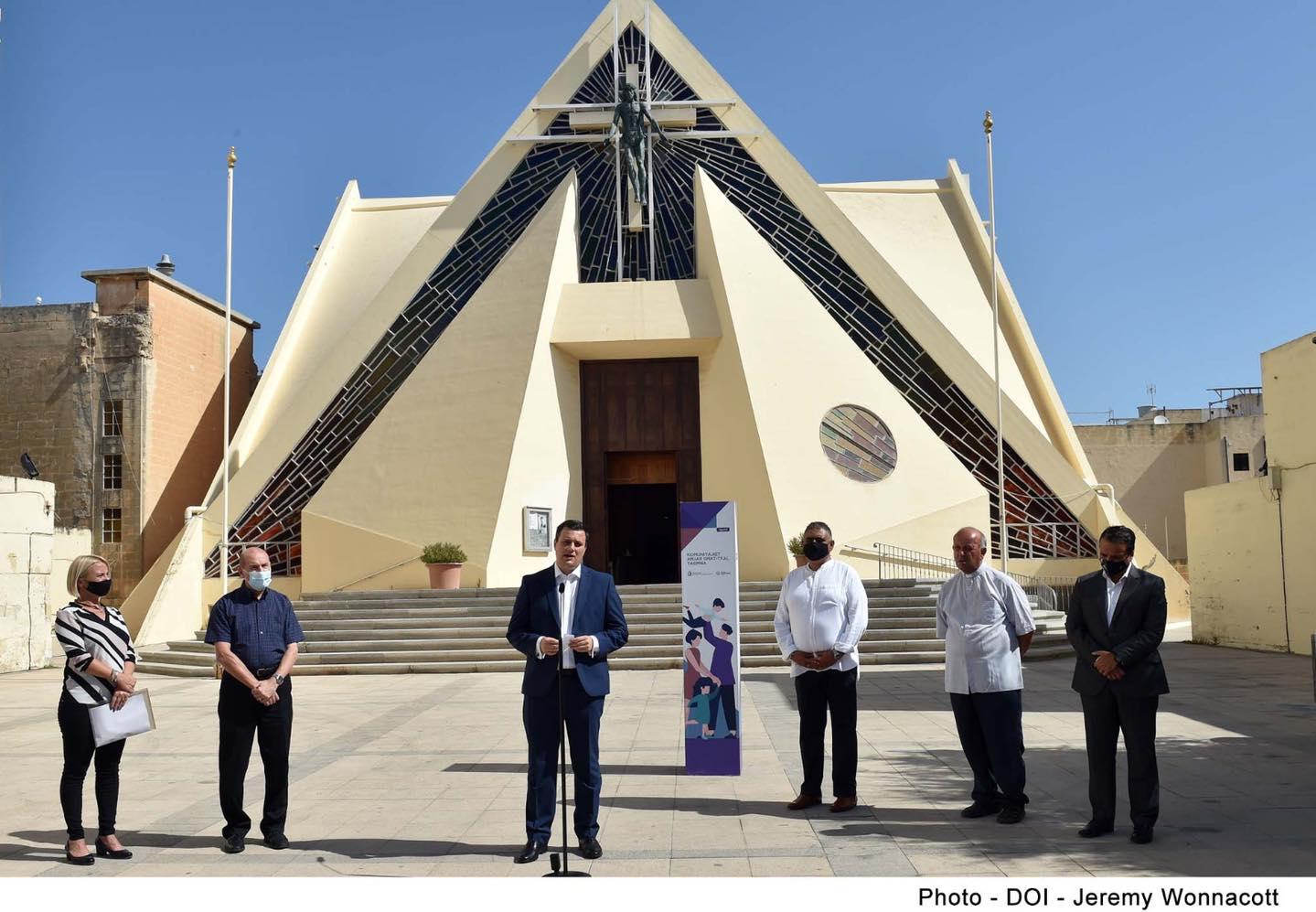