Nationalist governments have a proud history of delivering the results that others deemed impossible.

Whether it was gaining independence, restoring democracy, rebuilding trust with the West, obtaining EU membership or joining the eurozone, PN governments always dreamt big and obtained the best for Malta.

Our secret weapon was our credibility: the ability to look our counterparts in the eye with our heads held high and inspire trust. We never compromised our position by breaching that trust or losing the moral high ground.

Robert Abela’s first real result for Malta as prime minister has been to get us on the FATF’s grey list. And this week the UK placed Malta on the list of high-risk countries for money laundering and terrorist financing.

This is a huge blow to our economy because it places more scrutiny and bureaucracy than ever on our business community. And this, at a time when they are already facing the massive challenges brought about by COVID-19.

Abela had pledged to do the opposite: to pass these tests with flying colours.  He thought this was just a box-ticking exercise. He thought he could just throw money at the problem. He thought Labour’s propaganda would be enough.

And as Joseph Muscat’s continuity candidate, he thought he could keep protecting the untouchables like Muscat himself and Konrad Mizzi. Like Carmelo Abela and Rosianne Cutajar.

The message of the FATF is clear: despite all the changes that were done on paper, Abela’s government cannot be trusted.

This is why the fastest and most effective way of getting Malta off the grey list is by replacing Abela’s government and electing a new one led by the Nationalist Party.

Those who brought us into this mess, cannot take us out of it.

The minute Malta ushers in a new and trusted government with no interest in protecting the untouchables, I have no doubt the FATF will take note.

This is why I am making a firm commitment.

A Nationalist government led by me would work to get Malta off the grey list within 90 days from getting elected.  This would be our top priority and we will not rest until we convince the FATF that Malta has really turned the page.

Our efforts will be bolstered by the clear message that would have been sent by the electorate.

Abela’s government has said it would take them 18 months to get Malta off the grey list. In the meantime, Abela has asked Maltese financial services companies to replace their foreign business with local clients. This is not only mathematically impossible given the sector accounts for 11 per cent of our GDP but it is a total admission of failure and defeat.

Instead of ceasing to protect the Labour Party colleagues who betrayed the electorate’s trust, he penalises honest, hard-working citizens.

And he does this because he knows that he too is responsible for enabling the culture of impunity that got us here in the first place, even though he likes to portray himself as the new kid on the block.

The entire Nationalist Party is working tirelessly every day to make sure we earn the electorate’s trust again.

And we owe it to our children who deserve to grow up in a country that is truly the envy of the world, not the grey stain of Europe.

Voters will have a clear choice at the next election. A government of broken promises which protects the few and makes everybody else suffer the painful consequences. Or an opposition that inspires trust, hope and the right dose of ambition.

Let’s beat the odds together and turn the page for Malta. 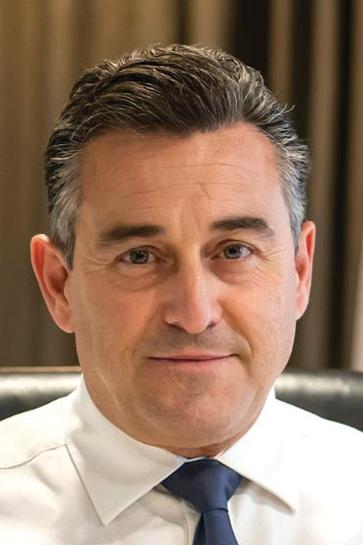 Bernard Grech, leader of the Opposition