Teenagers as young as fourteen were among a group of migrants charged with being involved in a mass riot that caused substantial damage to an open centre in Ħal Far on Sunday night.

Some 80 defendants appeared before the Magistrates Court on Tuesday after one of the worst riots in years saw cars and an office burnt out at the so-called 'Tent Village'.

The court heard how a police officer and a female support worker at the centre were slightly injured in the riot that started after two teenagers and a man were banned from entering the centre because they were drunk.

Eight male residents, including a 16-year-old from Chad, were identified in court as the alleged ringleaders. 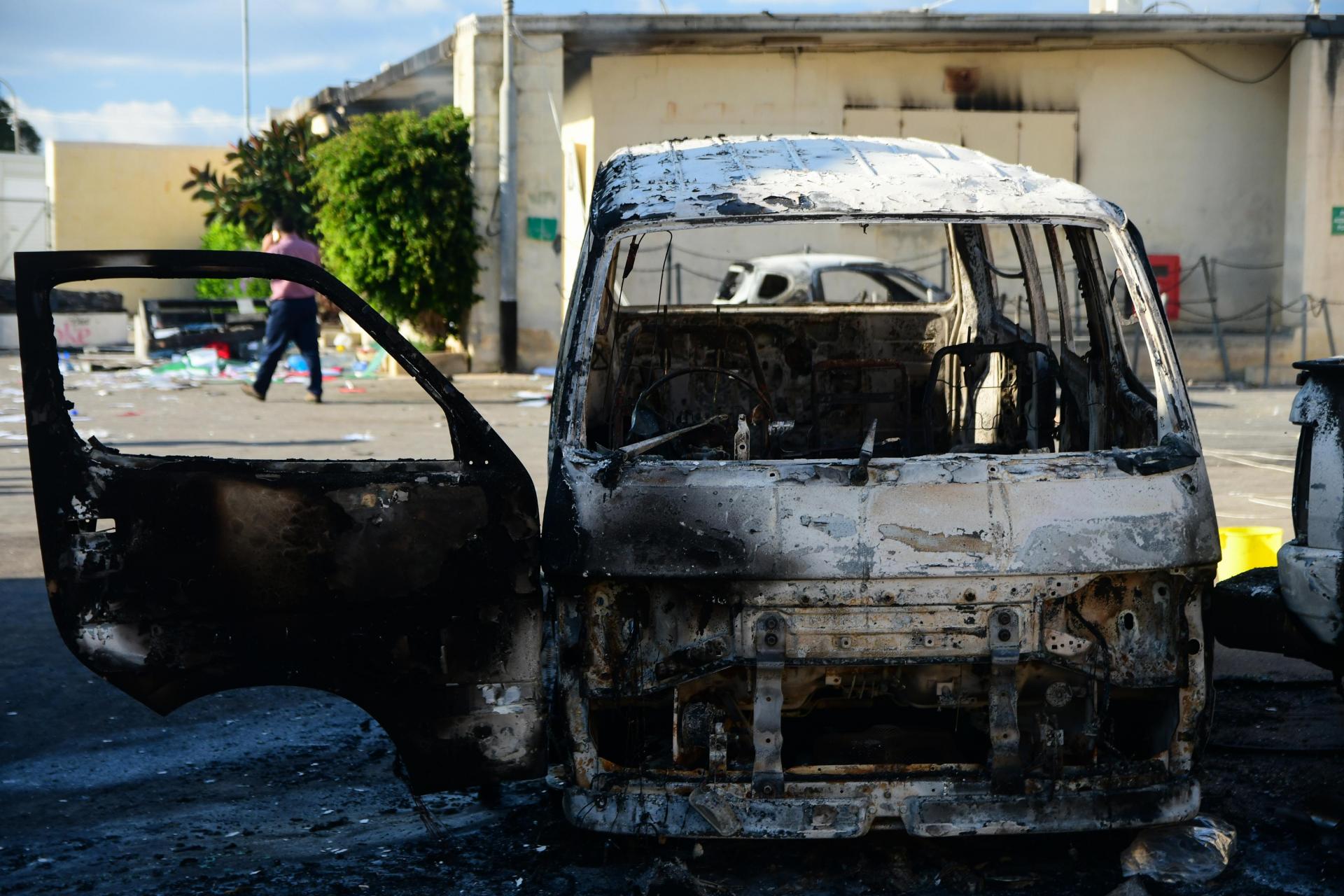 One of five cars burnt out during a riot in Ħal Far's so-called 'Tent Village' on Sunday night. Picture: Jonathan Borg

They denied a list of 18 charges including assaulting police officers, forming part of a group that staged the riot, setting fire to buildings and vehicles, damaging government property and threatening public order by throwing stones and other objects.

They also faced charges relating to inciting a riot at Safi, a closed detention facility, in September.

They were refused bail due to the gravity of the charges and the risk of absconding.

In the marathon five-hour hearing, five separate arraignments were heard.

A 14-year-old from Darfur in Sudan was the youngest of a group of 69 male migrants from Sudan, Nigeria, Guinea, Somalia and Sengal charged with disobeying orders and breaching the peace. The eldest was 38.

Of those, the majority denied the charges but were refused bail. At one stage, a defendant raised his hand in the court room and declared, "I am innocent."

Earlier, the court heard that two teenagers were among a group of three migrants whose row with a security guard allegedly sparked the riot.

The 17-year-olds, from Sudan and Nigeria, who cannot be named, and 20-year-old Abdalla Muhammed Abdalla, from Chad appeared in court on Tuesday.

They were charged with threatening two police officers and slightly injuring a female support worker.

Their alleged argument over being banned from entering the so-called 'Tent Village' because they were drunk, precipitated the riots. 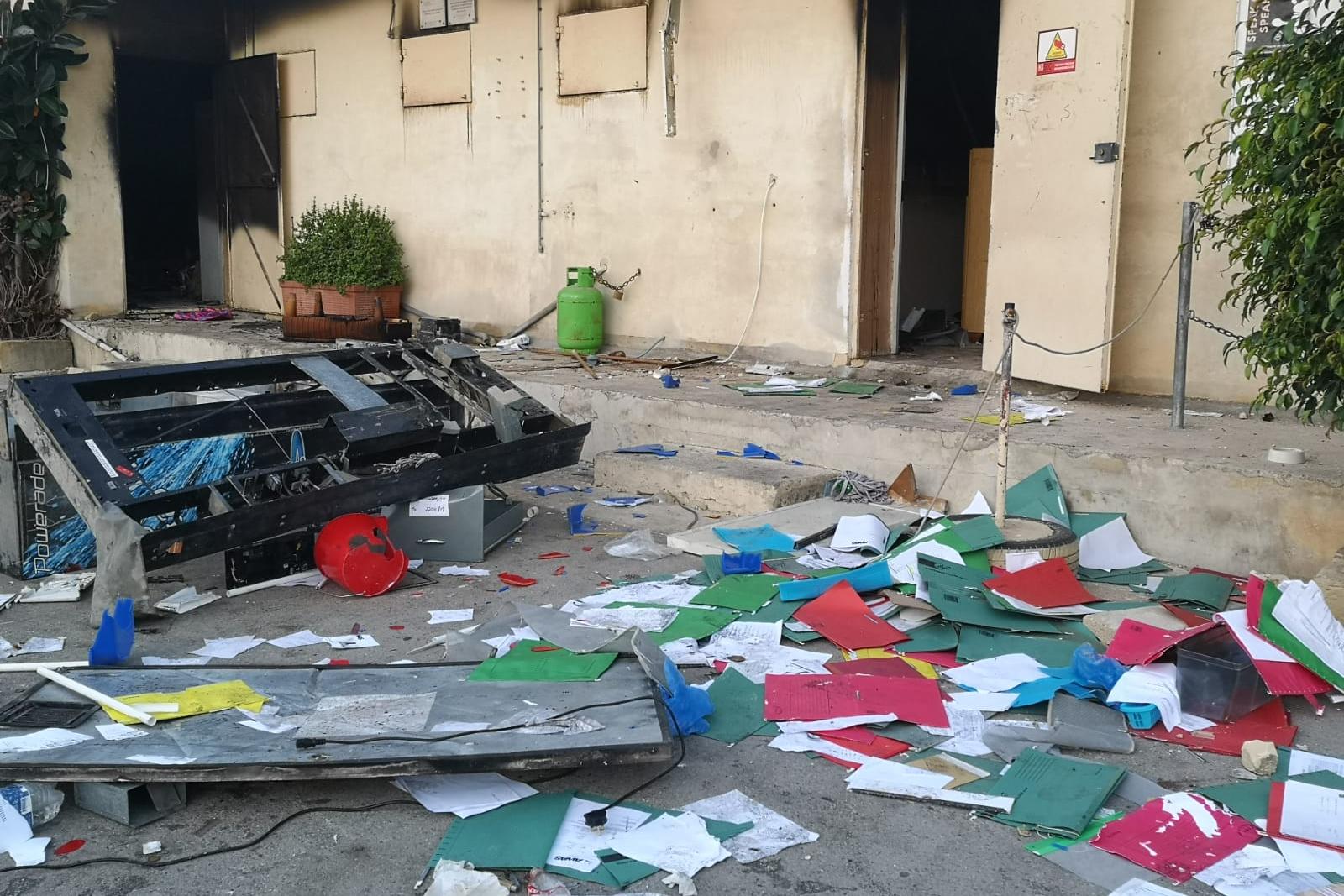 Confidential documents left strewn around after an office building was burnt out.

The trio had arrived in Malta just weeks ago, the court, presided over by magistrate Doreen Clarke, heard.

No bail after denying charges

The three denied eight charges including being drunk in public, disobeying police orders, breaching the peace, attacking or resisting with violence and frightening or influencing people in charge from the execution of their duties.

They were remanded in custody after a bail request was denied. The court also banned publication of the names of the victims.

The alleged rioters were being charged in groups of after the numbers involved caused logistical issues with finding a room. They were seated in the benches normally reserved for the public because there were too many to fit in the dock.

Police officers and court officials scurried about the law court corridors on Tuesday afternoon ahead of the arraignments as they tried to source interpreters for all those facing charges.

Armed police were outside the court in Valletta ahead of the arraignment.

The police said another group of 24 migrants will be arraigned on Wednesday to face similar charges as those on Tuesday.