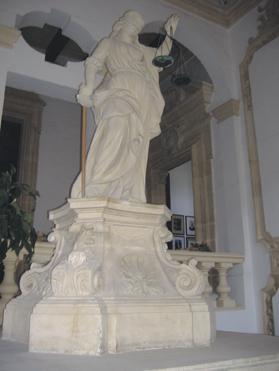 The statue of Justice at the Castellania.

Nizar el Gadi was recently sentenced to life imprisonment after being found guilty, by eight votes against one, of murdering his former wife Margaret Mifsud. Life sentences for wife killers are rare in Malta; in fact, a similar judgment for such a crime dates back to 1946.

Ironically, most of the victims were murdered in their own home, the place where they expected to feel safest. Moreover, some argue that in the past, wife murderers have been treated too leniently by the courts.

The most common motives for these uxoricides are jealousy, envy, hatred and infidelity.

Rożi Ciangura was the first in the line of uxoricides since 1800. Rożi, who was married to Feliċ Ciangura, was thrown into a well in the vicinity of Mtaħleb, limits of Rabat, on January 21, 1837. She was found alive by some farmers and conveyed to hospital. There she made a statement to the police and a deposition before magistrate Salvatore Cecy saying that her husband had thrown her into the well. She succumbed to the severe injuries she had suffered and died on February 5.

Meanwhile, Feliċ managed to flee from Malta and the government’s offer of a reward of 50 pounds to any person who gave the police information leading to his arrest was fruitless. In May 1846, after 19 years away from the island, Ciangura returned to Malta and was charged with his wife’s murder. The trial by jury began on August 18, 1846, and by six votes against one, he was found guilty and sentenced to life imprisonment with hard labour.

In 1863, Constantino Dimech from Senglea, a sergeant in the Royal Malta Fencible Artillery, battered his wife Maria, who died in hospital some days later. Costantino was found guilty of involuntary homicide and sentenced to 12 years imprisonment. 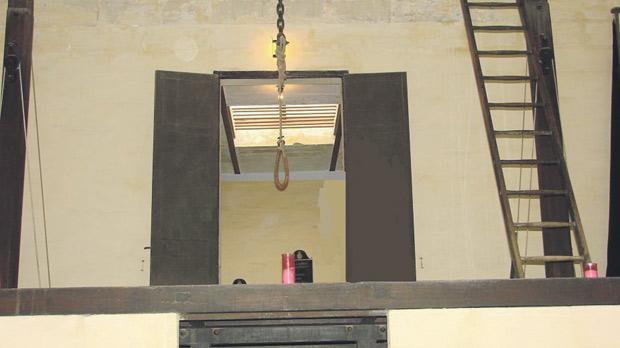 The gallows at Corradino Prison where Ġużeppi Micallef was executed.

The following year, Toni Vassallo from Siġġiewi was tried by jury, accused of killing his 35-year-old wife Angela. From evidence produced in court, it was established that Angela had abandoned her husband and their children. The accused was sentenced to six years in prison.

The first uxoricide in Gozo since 1800 was that of Margherita Camilleri from Għarb. On April 24, 1877, the woman was battered to death by her 61-year-old husband Pawlu. It was said that Pawlu was in love with another woman and wanted to get rid of his wife. Pawlu was given a life sentence.

The year 1889 was a tragic year in the history of uxoricides because the death penalty was handed down in two cases. However, the Governor of Malta commuted the sentence of death to life imprisonment in one of the cases.

After the death of her husband, Maria Carmela Bartolo married Silvestro Bartolo from Żejtun, also a widower, and the woman had seven children from these two marriages. Shortly after the birth of the last baby, problems began to arise between Maria and her husband and it was said that Silvestro was having an affair with another woman. Apparently it was about this time that Silvestro had started to hit his wife but Maria did not file a report to the police.

Ironically, most of the victims were murdered in their own home, the place where they expected to feel safest. The most common motives for these uxoricides are jealousy, envy, hatred and infidelity

On September 10, 1899, the village of Żejtun was celebrating the feast of its patron saint, St Catherine, and Silvestro spent the morning out of the house. When he returned home, he lunched with his wife and children and then went to bed.

At about 5pm, when Maria went to wake up her husband she got the shock of her life as Silvestro directed a series of foul-mouthed expletives at her. A short time later Silvestro left the house in a huff. 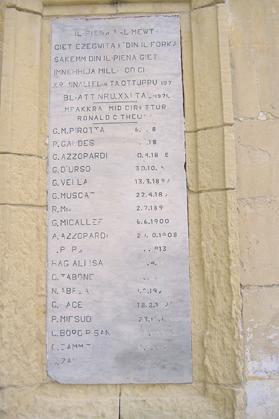 A plaque outside the gallow’s room listing the names and dates of executions in the prison precincts.

When Silvestro returned home later that evening, he was invited by his wife to join her to supper, but he refused and preferred to stay on the threshold of his house, eating bread and cheese. Later he went out again and joined some of his friends in a wine shop.

Back home the man was asked by his wife why he was acting in such a disorderly manner. This decent request unleashed a torrent of abuse and all hell broke loose.

Seeing his mother in such a terrified state, one of Maria’s boys tried to protect her from his stepfather, but the boy was manhandled by Silvestro. Luckily the boy managed to escape from Silvestro’s hands and ran out of the house.

Beside himself with rage, Silvestro squeezed his wife against the wall and once more the boy came to his mother’s rescue. However, the boy was too weak to stop his stepfather’s aggression and he was sent hurtling on the floor together with his mother.

Maria managed to get up but when she tried to protect her son she was stabbed with a knife by her husband. A woman neighbour rushed to Maria’s rescue but it was too late as she died in her son’s arms. When Silvestro was arrested by the police and asked about the murder weapon he said he had dropped it into the well at the back of his house.

The Castellania, the old law courts, in Merchants Street, Valletta.

Bartolo was charged with voluntary homicide. His trial started on April 23, 1900. Dr Alfredo Gatto, his defence counsel, knew he had a weak case and all he did was to try to save his client from the death penalty. The jurors were unanimous in their guilty verdict and the 29-year-old man was sentenced to death. He was later reprieved by the Governor of Malta, Lord Grenfell, and his death sentence was commuted to life imprisonment.

The murder of 19-year-old Roża Micallef is undoubtedly the most sensational uxoricide of the 19th century. Roża was precious for her husband, Ġużeppi, but he was fearful of losing her. This fear was the result of jealousy.

The couple, who had been married only for a few months, lived in a farmhouse at Magħtab. Roża’s parents objected to the marriage as Ġużeppi’s brother was married to Roża’s sister and their marriage was not a happy one. However, Roża did not take heed her parents’ warnings and married Ġużeppi.

Roża and her husband used to work in the fields with her parents. She was a lively woman and enjoyed talking to relatives and friends. Her husband objected to this behaviour and warned her to be less talkative. Two days prior to the murder, she was seen waving to her uncle, Alessandro. This affectionate gesture triggered off the quarrel Ġużeppi had with his wife on the night of the murder. 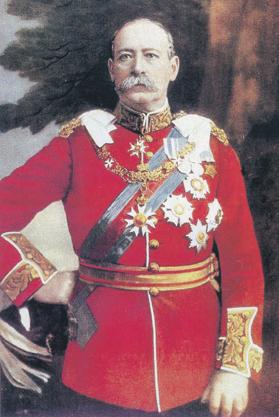 After sunset on October 8, 1899, Roża’s brother, Teofilio, heard his brother-in-law crying for help as his wife had been hit by a shot accidentally fired by his shotgun. According to Ġużeppi, the shotgun was resting against the wall when he accidentally hit it with his foot. The firearm slid to the ground and was discharged accidentally, hitting Roża in her breast.

When the police were called, Teofilio told them that some time before he heard the shot he called on his brother-in-law, Ġużeppi, to give him some money. Teofilio said that when he was at his sister’s house he was sure that something wrong was afoot; however, he chose not to interfere.

Regarding the shot, Teofilio said that when he heard the firing of a shotgun he thought that Ġużeppi had shot his neighbour’s dog which was barking at that time.

The post-mortem examination revealed that the shotgun had been discharged from a high position and not from the floor as Ġużeppi had affirmed in his statement. Moreover, court experts appointed to investigate the case further confirmed that Roża did not die as a result of an accident.

As the accused was found guilty with a unanimous vote, he was sentenced to death. Ġużeppi Micallef was hanged on June 6, 1900. He was only 20 years old and the only man in Malta since 1800 to have been hanged for uxoricide

As the accused was found guilty with a unanimous vote, he was sentenced to death. 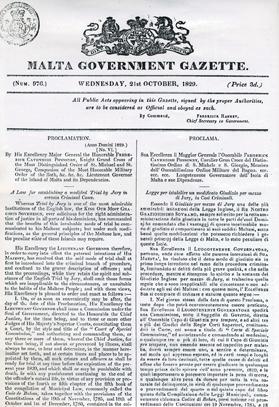 Proclamation VI of 1829, introducing the jury system in Malta in homicide cases.

The first woman to be murdered in Malta by her husband in the 20th century was a foreign woman married to Irish soldier Robert Shea. Catherine Shea was shot by her husband at the soldiers’ married quarters in Merchants Street, Valletta, on April 8, 1902. Robert was found to be insane.

Although Salvatore was found guilty, the jurors were of the opinion that at the time of the crime he was incapable of reflecting on the consequences. He was given a 20-year prison sentence.

In February 1909, Gregorio Tonna, who had not lived with his wife, Saverina, killed her with three shots in the limits of Buskett. Gregorio was also found to be insane.

Another case in which it was claimed that the defendant was not responsible for his actions by reason of insanity was that of Vincenzo Caruana.

A murder with an infidelity motive was that of Ġużeppa Lia, who was stabbed by her husband Ġużeppi on July 17, 1921. Ġużeppi had been away from the island for some time and when he returned he became aware that his wife was being unfaithful to him.

In August 1921, Ġużeppi was tried by jury for this crime, however, he was acquitted.