Experimental photographer Ritty Tacsum is translating the essence of our humanity into a weird and wonderful visual journey in her upcoming project. Ramona Depares finds out more about the ‘four rooms’ that make up each one of us. 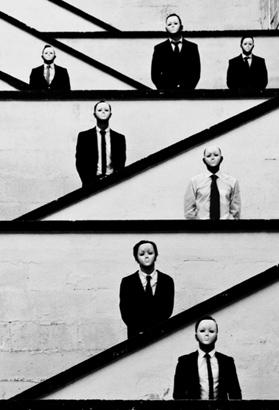 Much as a house is made up of different rooms, so is our very being. This might be an overly-simplistic way to describe the concept behind experimental photographer Ritty Tacsum’s upcoming visual arts project, but it’s also a pretty effective one.

Four Rooms – a title that is as literal as it is figurative, with the exhibition itself being divided in four different rooms – represents a journey, the journey that everyone needs to go through to truly get to know another human being. Tying all the rooms together is one concept, which has been scripted by author Loranne Vella.

“I have always imagined the human body to be divided into different rooms, different aspects of our personality we choose – or choose not to – project to other people. Some rooms offer only a superficial look, others delve deeper into our personality,” Tacsum explains.

The journey starts in the first room, On My Skin. As the title itself suggests, this is the place for first impressions, the place the majority of people would choose to stop at upon meeting new acquaintances.

“We usually make a conscious decision whether to stop here, or whether to get to know someone more intimately. Of course, it’s a two-way street – people will also decide how far to allow someone in, so to speak. No-one reveals their innermost persona and thoughts to someone else immediately. It takes a conscious decision to let go. Hence, the journey,” Tacsum explains.

The first room presents the public with details, sections, portions and components. This is to demonstrate the way people view others on first meeting them, the skin-deep impression that gives only an incomplete picture based on facile judgements.

“So many people decide whether they want to get to know you better, or not, according to the way you look. Or even your social background. Neither of these are what really makes a person.”

And this is why, in a subtly Shakespearean “if you prick us, do we not bleed” manner, the second room is called In My Body.

No matter what sort of first impression we leave, no matter our place in the social structure or general scheme of things, underneath we are all the same.

“My travels to India partly inspired this section. The caste system is very ingrained in the culture there, the distinctions between the classes are very obvious. However, other cultures are not exempt, albeit these differences may happen on a smaller scale. I don’t get it. Underneath, we are all the same, and this is what I’m trying to show through the works exhibited in this room.”

In My Body turned out to be the most challenging part of the exhibition, the photographer says. Because of the subject matter itself, translating it from concept to reality was hardly straightforward. Various ideas, such as using mannequins, were toyed with and then discarded. With an intriguing touch of mystery, Tacsum adds that she is still developing the details for this room as we speak.

“The themes are not necessarily connected. Our thoughts tend to jump from one thing to another, and I wanted the room to reflect this. One particular section focuses on suicides, one of the darkest and most intimate thoughts a person can experience.”

The last room, In My Heart, reveals all those people who made a difference in the photographer’s life, those who bothered to go past all the layers described before.

She explains that the room will include a kind of doll’s house, with visitors needing to poke their head inside to get “close to the heart”.

“This is dedicated to people who have touched me in one way or another. Those who are no longer in my life are depicted with a white, faceless mask. This idea is replicated in the teaser installation I will be setting up outside St James Cavalier. However, it’s not just about the people who are close to me, it’s also about the culture, the architecture, the city... everything that closely affects my life.”

The exhibition has been in the pipeline for some three years, with Tacsum starting preliminary work on it even before she actually held her first solo exhibition almost two years ago, back in October 2011.

The idea was born after she saw a Jaco van Dormael movie, Mr Nobody – although the story itself is not related, the weird plotline sowed the seeds for Four Rooms (incidentally, she adds that the title has nothing to do with the 1995 cult movie that goes by the same name).

“Throughout these past years the concept evolved somewhat, of course. In fact, some of the works I had previously earmarked to be part of the exhibition were then discarded. I do feel that my style has evolved. In fact, sometimes I look at my earlier photography and I don’t like it much. Nowadays it feels infantile.”

Although right now most of Tacsum’s time is taken up by Four Rooms, an even busier time awaits her right after. The photographer has been invited to be part of the prestigious Desire: Sexuality and Digitality in Contemporary Art collective exhibition, which will be running at the Museum of Contemporary Art in Taipei.

“I was invited by curator Dr Ming Turner after she saw my works for Milkshake, the collaborative exhibition co-ordinated by Gilbert Calleja. I have prepared a series of six works, which will be exhibited there between November and January. I’m very grateful for the support offered by the Malta Arts Fund, which certainly helped make this possible.”

The photographer will, in fact, be spending nine days in Taipei to help set up the exhibition, and to be present as one of the speakers for the official opening.

With a smile on her face, she admits that she is feeling a touch nervous about it, adding that she is thrilled to be exhibiting alongside names like Phil Sayers, Anna Munster and Icelandic musician Björk.

But even as she confesses to this nervousness, she is already getting excited and talking animatedly about the concept. And you just know that, once there, the passion for the art will make her forget all else.

Four Rooms opens on October 18 at the Upper Galleries, St James Cavalier, Valletta. The exhibition is supported by the Malta Arts Fund.