Gone are the days when childhood was one long summer – toes, feet, ankles and legs all itching to burst out of the classroom and race to some abandoned field, where juvenile dreams would be transformed into camps, races and hours poring over some rollicking adventure.

Instead, today it’s a question of fingers twitching to slide and swipe tablets and mobiles, checking in and out, liking and disliking, making friends which, in all probability, will never be met in real life.

Social media usage in Malta is on the increase. A study carried outby local company ICON in collaboration with the University of Malta last year, shows that almost half of all Malta’s internet users access social media on a daily basis,with Facebook (89 per cent) and YouTube (63 per cent) topping the charts.

The younger the user, the more time spent on social media. Millennials spend the most time on social media, averaging two to four hours every day. Even young children are spending an increasing amount of time on tablets, computers and smartphones.

Experts say this is leading to an increasing risk of ill health, with the vast majority of young people also failing to engage in the recommended level of exercise each day.

The more time young adults spend on social media platforms, the more likely they are to feel cut off from the rest of society, various studies have shown.

Counselling psychologist Cher Laurenti Engerer reckons that everybody is yearning for acceptance and for a sense of belonging.

“Social media seems to present a means by which some people do this by creating a false persona, in the hope that their projected ‘ideal’ self will be more socially desirable than their ‘real’ self. The very fact that this is not a genuine manifestation of who one is results in them gaining approval and acceptance, not for who they are but for who they wish to be,” she says.

“This is intrinsically problematic because one does not gain the nourishment one would normally receive from a genuine exchange of minds and hearts but rather is left feeling unsatisfied and empty, since the contact made in itself is based on false projections,” she adds.

Laurenti Engerer goes on to add that self-actualisation – the epitome of one’s capacity and potential – is only reached when one’s ‘ideal self’ becomes congruent with one’s ‘actual’ self.

“Therefore, we are left with a dilemma because social media is providing a playground for people to project anything they wish but seldom one’s real self.

“Hence, for some people, it is a means by which they are regressing psychologically rather than developing,” she adds. 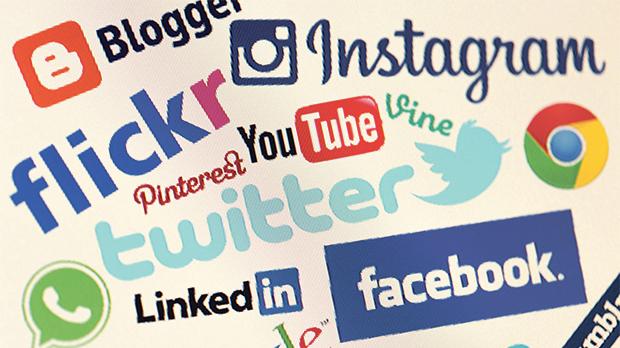 The psychologist believes the instant gratification that social media sites have created is tricky. People have become less patient or willing to delay their gratification.

“I think the problem is created when instant gratification does not happen, since it becomes an expectation, and when people are not available, then suddenly the recipient experiences rejection or disappointment.

“In the majority of my sessions, I encounter some degree of heartache caused by a missing ‘like’ on a profile pic, or negative feelings associated with somebody being online or having read a message but not replied instantly.

“I think this is true in some cases primarily because we tend to only put our best face forward on social media. For example, we have the classic projection of ideal relationships, delicious meals and perfect holidays: ‘Look what I just whizzed up for the kids’, well-behaved high achieving children: ‘A big well done goes to my beautiful daughter who attained yet another distinction in her exams. You make me so happy.’

Social media seems to present a means by which some people do this by creating a false persona, in the hope that their projected ‘ideal’ self will be more socially desirable than their ‘real’ self

“Such posts make people feel alienated and cut off from the real world because they are merely a projection of the ideal self: people are only showing one aspect of who they are, or one given moment in time, and presenting it as their reality. This is called splitting and causes the audience to feel ‘abnormal’ and ‘inferior’.”

In contrast to the projection of ideal selves and situations, the true essence is hidden behind façades, erected out of the fear that we might be judged, criticised and rejected for who we really are.

This, in turn, fuels feelings of segregation and isolation.

A study conducted by psychologists from the University of Pittsburgh and published in the American Journal of Preventive Medicine shows that too much time spent on social media platforms like Facebook and Twitter may elicit feelings of envy and the belief that others lead happier lives. 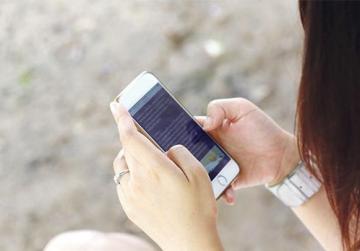 The instant gratification that social media sites have created might be tricky.

In the study, lead scientist professor Brian Primack, from the University of Pittsburgh School of Medicine, wrote that mental health problems and social isolation are at epidemic levels among young adults.

Co-author Elizabeth Miller, professor of paediatrics at the University of Pittsburgh, said: “We do not yet know which came first – the social media use or the perceived social isolation. It’s possible that young adults who initially felt socially isolated turned to social media. Or it could be that their increased use of social media somehow led to feeling isolated from the real world.”

Laurenti Engerer adds that even the very definition of ‘friend’ has changed through social media.

“I have even met people who, when asked how many friends they have, quoted the number of friends they have on Facebook, which seems to give them some sense of satisfaction initially but also leaves them simultaneously feeling empty.

“I think this is due to the void left in the vacuum between them and these perceived friends.

“If a human exchange is not genuine, it is not nourishing enough and therefore fails to extinguish, at least momentarily, the existential experience of loneliness we all feel.”

In Laurenti Engerer’s opinion, social isolation has definitely always been very present in the human realm, but doesn’t think social media has necessarily remediated that.

“If anything, in some cases it makes people more disillusioned, more rejected and more cut off from the real world,” she says.

Still, she feels that social media can still be used as an efficient platform to network, meet new people, and socialise.

“It should not be portrayed  like it is all bad or as psychologic-ally destructive.”

This could mean that after all, today’s obsession with technology does nothing more than simply awaken the loneliness already inside us all, which further spirals our moods and outlook.

“A very interesting phenomenon which merits further research however is the way people utilise social media platforms to continue having a relationship of sorts with deceased loved ones, who are in essence immortalised in cyber space with a profile that does not die with them,” concludes Laurenti Engerer. 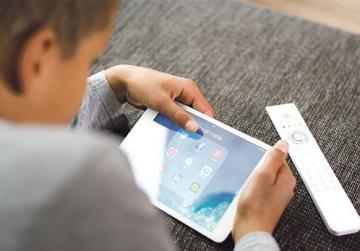 A dramatic rise in the time spent in front of tablets, computers and smartphones is causing those as young as 11 to suffer an increased risk of poor health, research revealed.

The study found a “continuous steep increase” between 2002 and 2014 in the proportion of children and young people using technology for two hours or more each weekday for things like social media, surfing the internet and homework.

While use increased for both sexes, it more than tripled for girls aged 15 and over during this period, with experts blaming the rise of social media.

Meanwhile, data issued by Eurostat in June shows over 80 per cent of the Maltese population aged between 16 and 74 are active on social media, the second highest rate of use across Europe.

According to the European Union’s statistics office, 82 per cent of the population were active on social networks in 2016, which included as many as 96 per cent of all those aged between 16 and 24.

The figures also show that 51 per cent of the older population – those aged between 65 and 74 years – were active users last year.

In both age groups, social media use is significantly higher than the average use in other member states. The EU average for the population as a whole stood at 63 per cent while that for younger people was 88 per cent and for the older generation a mere 32 per cent.