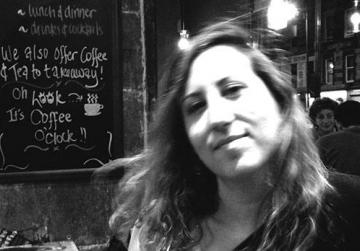 The seventh event of its kind, Palk Ħieles sees the participation of writers from the Literary Europe Live platform who will be in Malta for the festival. This will also be a chance for those present to informally meet the authors taking part in the festival, which begins on Thursday.

This series of open readings and performances of music, poetry, stories, and stand-up is open to any genre, language or subject and aims to develop an open mic culture in Malta, and especially performance poetry, spoken word, and slam. Writers and performers are asked to put their name on the list at the start of the event which begins at 9pm.

One of Inizjamed’s guests who has confirmed her participation in this seventh session is the American-born, Scottish-based poet Jennifer Williams. Her books include Condition of Fire, Locust and Marlin, which was shortlisted for the 2014 Saltire Society Poetry Book of the Year Award, the triptych collection Our Real Red Selves, and House of the Tragic Poet. She was selected for the 2015 Jerwood Opera Writing Programme, plays in the band Opul, and is programme manager at the Scottish Poetry Library.

Maori Bar can be found in Triq il-Lanċa, on the Valletta seafront, Marsamxett side. To reach it, proceed along San Nikola Street, towards the Jewish Sally Port, and pass through the tunnel. Alternatively, from Marsamxett, follow the fortress wall, in the direction of Tigné, and turn the corner.

More information on this open mic session and the Malta Mediterranean Literature Festival 2016 is available online and on Facebook or by writing to inizjamedprojects@gmail.com.