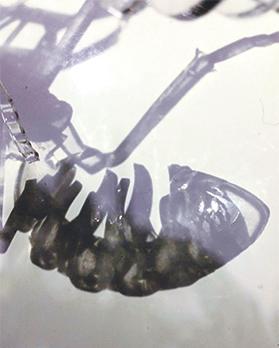 In its third edition, the Valletta International Visual Arts (VIVA) Festival serves as a platform for Maltese and international visual arts practitioners.

VIVA offers professional education in the sector while also promoting and encouraging public participation in the arts.

This year’s festival builds on the previous two editions and its aim is to continue boosting growth in the local cultural scene, developing a unique platform for contemporary art in Malta.

With a wide variety of local and international artists presenting recent work, VIVA is creating and enhancing international networks which will last beyond the festival.

One specific art installation is Naħla, by Enriqué Tabone. It is based on the idea that the honey bee is an essential ancient dweller of the Maltese islands.

Even the name Melitos or Melita, associated so closely with the country, is often believed to be derived from words relating to the islands as the land of honey.

Aspects of bee culture permeate human culture, not only in the Maltese islands, but also throughout the world.

It is a widely held belief that the bee is the key to the human ecosystem and life on Earth, as we know it.

The installation consists of a giant bee sculpted in transparent plexiglass. The main aim of this work is to raise awareness about the central role of bee culture in human culture.

For example, parts of the patterns on surviving stonework across the street on the former Royal Opera House, on closer inspection, resemble honeycomb structures.

Such designs are common in other places too.

The same goes, to a lesser extent, for the patterns on bee wings, which are also echoed in patters in the stonework and elsewhere. There is a parallelism going on between swarms of working bees greeted by a solitary guard bee in the hive to deposit nectar into the honeycombs and swarms of workers entering the city through City Gate each morning.

Naħla is on at St James Cavalier until May 14. The Valletta International Visual Arts Festival is ongoing. For more information, visit http://viva.org.mt .