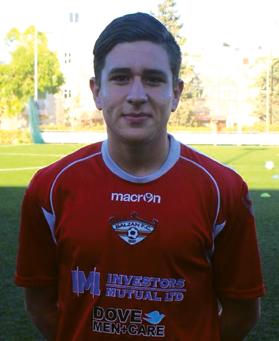 Coaches from Lanciano’s youth sector visited Balzan FC late last year to have a look at the club’s young prospects after which Corbalan, the son of former Ħamrun Spartans and Marsa player Miguel Corbalan, was invited for a one-week trial with the Italian Serie B club.

“Juan’s move is the beginning of a long-term relationship that will see the two clubs co-operating on a number of levels,” Balzan FC said in a statement.

“We are all delighted that Juan has been given the chance to prove himself with the Primavera (U-19) squad of Lanciano for the next six months,” Anton Tagliaferro, Balzan FC’s honorary president, was quoted as saying.

“Juan is a very promising and dedicated player and hopefully this move will lead him to achieve his dream of pursuing a professional football career.

“These are the sort of opportunities we will be providing to all of our ambitious players in the future.

“I would like to personally thank Oliver Spiteri (first-team coach) for establishing this relationship with Lanciano.”

Timmy Gambin, director of the Balzan FC Academy added: “Juan’s move to a professional Italian team is a clear sign that the fantastic work being carried out at the Balzan Academy by Ludvic Bartolo and all our coaches is beginning to bear fruit.

“We are sure that our relationship with Lanciano, as well as other connections we have with the likes of the Milan Soccer School and Prato FC, will benefit many more boys from our Academy in the coming years.”

The attacking midfielder, who last season was on the books of Swedish club FC Ange, trained with the Hibs squad this week.

Coach Branko Nisevic is expected to take a decision on whether to offer a contract to the 23-year-old today.

The Nigerian reached an agreement with the Citizens last week but his registration was finally completed yesterday after the MFA received Ikenna’s clearance.