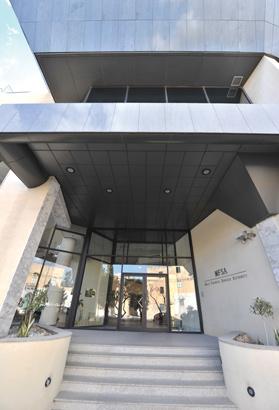 It is all so quiet presently on Malta’s banking front. But it seems as if few people out there are fully aware of what is happening, or what is being done by the banks in what is undoubtedly a most important area, that which concerns their simple ability to survive, viz. capital adequacy.

In our contemporary Maltese banking history the EU’s Fourth Capital Requirements Directive package, i.e. both the directive (CRD IV) and its related Capital Requirement Regulation (CRR), will certainly be featuring as having been an event as important as, say, what Y2000, adoption of the euro and Basel III, may have been. It is a regulatory package that at this moment neither bank shareholders nor customers (including the important borrowers from the banks) seem to be talking about, and that is probably because both the banks themselves and the Malta Bankers Association appear as if they are keeping very mum as to what are the implications, and what may be the effects on stakeholders.

This highly questionable coyness may be solely rooted in a strong belief by the banks that they are already definitely prepared for the changes that CRD IV is bringing about. I say ‘bringing’, because its phasing-in arrangements actually began on January 1, 2014, and should reach completion by 2019. Some may look at that long time-span as encouraging. But is it in fact, given that over the last two decades so many things that were expected happened very suddenly?

CRD IV and CRR hit the banks in many areas, some possibly more life-or-death than others. Space here is insufficient for going into the details of all these areas, but here’s a quick list: performance; profitability; sufficiency and quality of capital available for operating; liquidity management; governance structures; executives’ remuneration; prevention of national discretionary areas (usual typical EU’s “one size fits all”?); IT set-ups; risk (credit, market, concentration, operational and reputational) management; balance sheet management; operating models; interbank lending; and overall change capacity.

Yes, it is a breathtaking list which may mean in practical terms many things, including lower profits, lower dividends, changed share prices, lower executive remuneration, and, for that matter in certain highly positive economic conjunctures, even the opposite of these. Possibly the most important requirements resulting from CRD IV is the changed capital levels that institutions will now be required to hold. During the recent international financial crisis capital insufficiency within the banking sector to ride the recession wave meant bailouts by the troika (EU, ECB, IMF), part of the reasons for bringing in austerity packages galore, and which contributed to social/political unrest in many countries. And insofar as capital adequacy of the banks is concerned CRD IV is now insisting on a series of new buffers. These include:

(a) A capital conservation buffer. The CRR sets out minimum capital requirements, and then on top of that credit institutions will need to have a buffer of 2.5 per cent of Common Equity Tier 1 Capital (CET1) to be built up from profits made in good times (obviously less becoming available for distribution).

(b) A countercyclical buffer. In periods when banks would be having excess credit growth (expansionary periods when they are presumably raking in higher net interest margins) banks will be expected to (on an institution specific basis) put aside anything between 0 to 2.5 per cent of CET1 to store up this buffer (yet another bite at what’s available in terms of profits distributions).

(c) A G-Siis buffer. Institutions which fit in with the requirements of Article 131 of the CRD IV as being globally strategically important institutions will be required to provide a further buffer in the range of 1 per cent (the least risky) to 3.5 per cent (most risky) of CET1.

(d) An O-Siis buffer. For these ‘other’ systemically important institutions – and here it will be the member state’s competent authority who will decide the quantums – the buffer is a fixed one of 2 per cent of CET1.

(e) A systemic risk buffer. This is an ‘optional’ buffer which EU member states may apply for a country’s financial sector. But the quantum is, again, dead set at a level of a minimum of 1 per cent of CET 1 capital.

The capital enhancement buffers in (b) and (d) above will be brought into effect over a number of years, and given that, as we all know, so much can happen to a bank, nay indeed a whole economy, suddenly or over a period, this is yet another reason for looking at the impacts of CRD IV as not being something in the nature of ‘you take the medicine today and you’ll be OK tomorrow’. This is indeed going to be long-term therapy.

In preparation for CRD IV, the MFSA has already put into place extensive regulation. This includes the provisions of Legal Notice 31 of 2014 on Supervisory Consolidation, Subsidiary Legislation 371.11 on the European Passport Rights for Credit Institutions, the Penalties for Offences Regulations S.L. 371.05, and more.

One would need much more space to do full justice to this CRD IV. One could positively conclude by saying that most local bank boards and executives are probably facing this extremely onerous new playing field with a typically calm face. But I won’t. I’ll just end by saying that, in the wake of this, and much other new regulation and structure, the MFSA issued Legal Notice 11 of 2004, increasing its credit institutions fees regulations (with effect from January 1, 2014) on various fronts, e.g. application and processing fees went up from €12,500 to €35,000, and annual subscription fees from €25,000 to €1.2 million. Nobody will dare say that CRD IV, or indeed banking regulation generally, will be comfortable to live with for the local banks and their stakeholders, whichever way one chooses to look at it.

John Consiglio is senior lecturer in the Department of Banking & Finance at the University of Malta.