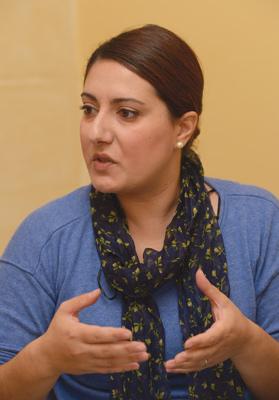 Building new structures for accommodation in rural areas, as provided for by the new Outside Development Zones draft policy, is “blasphemy” according to a local pioneer in agritourism.

The draft policy was launched last month by Planning Parliamentary Secretary Michael Farrugia, who said it aimed to develop agritourism by allowing farmers, individually or in groups, to build up to 10 rooms for accommodation when their land exceeds 60 tumoli.

However, Jeanette Borg, managing director of Merill, the first ecotourism agency in Malta, believes this proposal would create an eyesore.

“We are completely against building more establishments on virgin land, agricultural land, or garigue.

“Building a utility room to serve as a store for agritourism purposes is one thing, building up to 10 rooms is another thing,” she said, pointing out that the rooms would need ancillary structures such as driveways and parking spaces, leading to entire complexes.

“Landscape mitigation is very hard to achieve, and they will be nothing but an eyesore,” she said.

Ms Borg believes the problem is that “we try to copy Sicily” – a scenario that “would not work” here.

Agritourism, she said, is a combination of experiences and not just accommodation in rural areas.

“Eco-friendly types of accommodation such as restored old town houses in the heart of Maltese villages also are agritourism,” she said.

Travelling distances are minimal in Malta so tourists are a maximum of half an hour away from the farm where the agri-experience is to take place, she said, stressing we should not aim to create a drastic shift from hotels.

“That would be shooting the local tourism industry in the foot.”

She questioned the need for rural accommodation when the island’s tourism marketing is geared towards Malta being “a sun and sea island”.

Landscape mitigation is very hard to achieve, and they will be nothing but an eyesore

“Agritourism is a niche market. We won’t be inundated with large quantities of high-paying tourists overnight: do we ever see promotion of Malta’s rural areas?”

A case in point, she said, was Gozo, where most of the farmhouses available for tourists remain vacant during the shoulder months.

The marriage of agriculture and tourism, she said, is one of the few ways that our farmland can preserve its character.

“Unless an economic value is given to agricultural land, we will continue having farmers who forfeit their land to build more since property is still generating money. This is dangerous.”

Ms Borg praised the draft policy for “its good intentions” and being “a good attempt at allowing investment to take place in rural areas that was not possible in the past”, such as the establishment of farm shops.

It is a welcome option because it will enable locals and tourists to buy fresh produce directly from the farmers, she said.

However, she pointed out it is still practically impossible to obtain permits to process local food in small-scale plants and the Department of Public Health is still “imposing non-practical requirements” for genuine producers.

“This red tape is leading to apathy in the Maltese food delicacies industry – no wonder delicacy shops are opening up selling items from all over the world, except Malta.”

She hopes “loopholes and bureaucratic webs” will be addressed, citing farmers who have been denied permission to restore derelict buildings or build an underground reservoir.

“We all know how many huge complexes or residential areas have been granted permits on virgin land.”

Project processes ought to be centralised in one institution, she recommended, as currently projects need endorsement of the Agriculture and Public Health departments and at times even the Malta Tourism Authority.

“By the time one gets the seal of approval for a proposed, EU-funded project from the three bodies, the call for funding would have closed.”