The Central Bank of Malta is launching its numismatic coin programme for 2016. This will include: 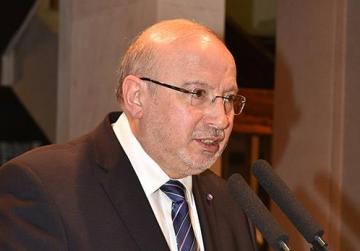 • A gold and silver coin issued under the Europa Star Programme. The theme this year will be 20th century art and will depict Dangerous Sport, a 1937 sculpture by Antonio Sciortino.

• A silver coin commemorating the 450th anniversary of the foundation of Valletta.

• A euro coin set dated 2016, consisting of the eight Maltese euro circulation coins and a €2 commemorative coin, which depicts Ġgantija temples. The commemorative €2 coin will have a special mint mark.

• A €2 commemorative coin depicting Ġgantija temples. This will be the first in a series of seven coins dedicated to Malta’s prehistoric temples. The coins will be issued in rolls of 25 coins each, as well as individually in coin cards, with the latter having a mint mark.

• A gold numismatic coin depicting the copper 4 tari coin, known as patakka. These coins were issued by the Order of St John and continued to circulate in Malta until the early British period. This will be issued under the ‘Smallest Gold Coin Programme’.

• A €2 commemorative coin with the winning design of a schoolchildren’s competition themed ‘Solidarity through love’. The coins will be issued in rolls of 25 coins each, as well as individually in coin cards. The proceeds from the sale of the coin cards will be donated to the Malta Community Chest Fund.

The bank also hosted a symposium entitled ‘From prehistory to modernity’, chaired by Henry Frendo, during which speakers discussed aspects of the various themes of the coin programme.

The Governor of the Central Bank of Malta, Josef Bonnici, concluded the event by reflecting on the resilience of the Maltese economy and culture throughout history and ways to develop its future growth potential.

He also noted that in today’s dynamic economic landscape, the robustness of the islands’ economy can be retained by diversifying the exports of goods and services through the expansion of existing activities and the identification of new service sectors and markets.

In conjunction with the launch, the Central Bank will also be introducing an e-shop facility, by means of which collectors and other interested individuals may purchase coins and other products online. The e-shop may be accessed from www.centralbankmalta.org.