Vibrant hues, the majestic Grand Harbour and the unbearable heat. Three artists tell Veronica Stivala about the hold that the Maltese summer has on them. 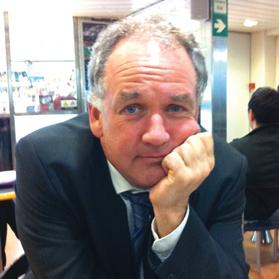 Summer brings a big change in artist Michael ‘LeMakoo’ Wright’s painting habits. To Wright, who is known for his dreamy landscapes and vibrant hues, summer means a different light and less moodiness in his painted landscapes.

“There is less wind than in winter and hardly any clouds. There are crystal clear horizons and mirror-like surfaces, seas, and skies. Last year I painted a jellyfish: that was certainly inspired by summer.”

Of course, the entire landscape changes in summer, from green to burnt brown. Wright really enjoys painting summer’s stark contrasting lights and darks: lots of 45 degree angled shadows which impart a huge sense of depth to his work. There are also less clouds and more aircraft contrails visible in the sky.

Summer also means getting a bit dirtier. Wright goes from wearing jeans and jumpers to shorts and t-shirts because of the heat.

“I get very messy all year round and physically covered in paint, so in summer there is more exposed skin to wash paint off at the end of each day.”

For Wright, the best thing about summer is that it is busy, with lots more people but less movement in the sky and the sea.

“Everything is much brighter and it makes me think about colour, especially at night when lights are more vivid.”

There is nothing really bad about summer for Wright in terms of inspiration. The only thing is that he has to literally guard his drying paintings from the millions of tiny flying insects. They love wet linseed oil. 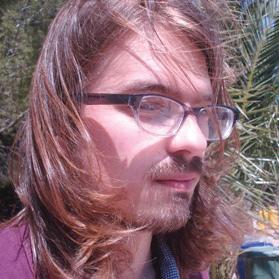 The write of summer

Teodor Reljic’s recently published novel, Two, tells the story of a boy whose mother falls ill, taking the reader on a journey through the imaginary stories she used to tell him. The story takes place during one hot Maltese summer. Although this is not the protagonist’s first time in Malta, being a foreigner and considering the events that unfold, he finds the summer particularly unwelcoming.

Reljic is not very sparing with his descriptions of the weather, going as far as to call summer a “stupid” animal, “staring out like there’s nothing happening in its brain”. Admittedly this is a fictitious novel, but the author’s opinion of the Maltese summer is not far from his fiction.

“This year, I have vowed to be less of a killjoy about summer, but I’m really not that big a fan of the heat,” says Reljic.

“It’s not just that it’s unpleasant in and of itself, but that it forces you to be lethargic, which tends to be fatal to my morale as I need energy to keep up with my many extracurricular creative activities, like writing a novel.”

That said, despite all the complaining about the heat, the author actually does like Malta’s sunny weather and clear blue skies, preferring spring and autumn to summer, the little we do get of either, anyway. “I’m not easy to please, meteorologically speaking,” he admits.

His advice to deal with the heat is to take refuge in air-conditioned spaces as much as possible.

“I would also advise going to the beach, but the fact is that I don’t. And frankly, I don’t really see the point in roasting under the sun for hours when I already hate the sun.”

The Maltese summer featured in the original piece of flash fiction which grew into Two.

“I don’t think summer has really featured anywhere else in my work beyond that,” he says, “but I’m fairly confident that it will make its way there again at some point.” 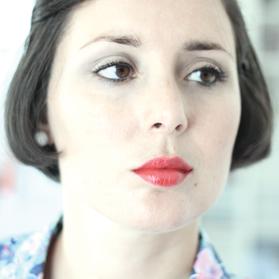 Jazz singer Francesca Galea’s mellow and beautiful voice is becoming synonymous with summer, specifically with the Malta Jazz Festival. She sang at the 2010 edition and, as a prize for winning last year’s Malta jazz contest, she will return in this year’s edition of the festival with a set of Horace Silver compositions.

Anyone who attends the festival will know that listening to smooth jazz on a balmy summer evening against the majestic backdrop of the Grand Harbour is a special experience.

The same applies to Galea, all the more so since the Grand Harbour is her favourite spot in Malta.

“I’m always in awe whenever I catch a glimpse of it from any point, so it’s very special.

“The setting, coupled with the summer heat, the sea and the architecture around Grand Harbour is a great inspiration. It’s the image my mind conjures up whenever I think of home, which in turn inspires my emotions while interpreting songs.”

Describing her experience from stage, she says: “I do remember noticing how it got dark during my performance. I liked this detail of having both daylight and darkness during the set. There were also fireworks during one song, and I was scared they would be one of those everlasting sets that would distract us with their loud noise.”

Since she lived abroad for a while, Galea has come to appreciate summer more.

“When I lived in Paris, I missed the Maltese summer and suddenly realised that having a long and hot summer is actually a blessing.”