Whether it is a loud passenger on a public bus or a jammed window shutter at a bar, novel experiences in Malta have found their way on to the drawing pads of a group of British cartoonists.

In Malta recently for the Mighty Malta Minicon – their third visit to the island – they all form part of the UK’s largest cartoonists’ organisation set up more than 50 years ago. 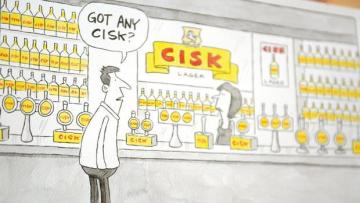 Two cartoons by The Cartoonists’ Club of Great Britain.

The Cartoonists’ Club of Great Britain started just off Fleet Street in London in 1960 and has evolved into one of the largest such groups in the world, according to chairman Ian Ellery.

Although when they first came to Malta, around carnival of 2012, the islands were flooded, they returned last year, holding demos, seminars, cartooning competitions and sightseeing trips.

With beer featuring fervently in their work – together with rabbits and bendy buses – this year they paid a visit to the Farsons brewery in Mrieħel.

The beer Cisk even features on the T-shirts they wore for this year’s visit. Despite being 54 years old, the club is enjoying an influx of young members.

“Cartoonists are the nicest people around and everyone should be one,” Richard Skipworth laughed.

“We like it so much that we want everyone to take it up... as long as they are not in competition.”

Like Mr Ellery, Mr Skipworth is a full-time cartoonist. They have done popular book illustrations, greeting cards, calendar work, portraits and website animations, among others.“We earn a living doing something we love so much. Even if our main job was something else, we would still be cartooning on the side, so why not take it up full time?” Mr Ellery said. 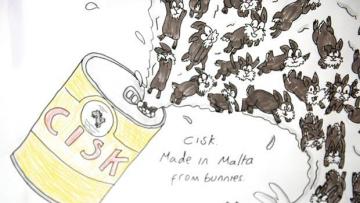 Although the golden age of cartoons seems gone, Noel Ford, former editorial cartoonist for the Daily Star and currently working at Church Times, believes the skill is still evolving.

The club holds workshops and demonstrations to update its members about new technologies as they have all moved to the digital world and nowadays rarely use pens. For more information visit: www.ccgb.org.uk