No holiday to Scotland is complete without a visit to Loch Ness. Booking a half-day boat trip on the Loch was, in fact, the first thing we did right after purchasing our plane tickets, says Melisande Aquilina.

Being a lake and not a sea, Loch Ness is not susceptible to particularly rough water currents affected by wind, tides or weather conditions. Most such guided cruises operate throughout the year. I still went prepared for a chilly voyage however, bundled up in a good jacket, mufflers and gloves, since I was visiting Scotland during the month of September and could certainly imagine how nippy the air over such an extensive body of freshwater as the Loch, could be. 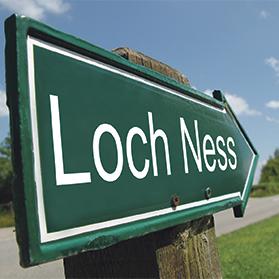 My aim was definitely, first and foremost, to enjoy the experience without buying any souvenirs or geegaws. However, I admit that I totally succumbed to the urge when, after we had parked near Clansman Dock, where our boat was to cast off, we visited a large nearby hotel to use the facilities. The foyer of the hotel was tantalisingly arrayed in paraphernalia relating to the Loch and its legendary monster and I couldn’t help but buy some presents for my family as well as a small Nessie soft toy for myself.

After that, we decided we were definitely not going anywhere near Drumnadrochit, which is a small village at the foot of Glen Urquhart directly next to the dock and which thrives on tourists visiting its extensive Loch Ness Centre as well as the nearby Nessieland, which is a small theme park for children.

As I queued in front of our boat waiting to board with some other 20 passengers, the panoramic vista of the Loch in front of me was a pleasure to behold. I had, in fact, already actually experienced quite a stretch of the Loch, seeing that we had driven down the Scottish Highlands from the city of Inverness.

However, peering at the large freshwater lake from a car, and actually floating on it on a small boat are two entirely different things. The small craft itself was impeccably furnished with a mini-bar and other indoor luxuries, including a number of panels sporting marine sonar units able to recognise objects underwater through sound-reflecting wave pulses, which could reveal any target. These, our guide told us, were usually used for underwater surveillance, but in this case they were there to show up Nessie, should he or she appear. 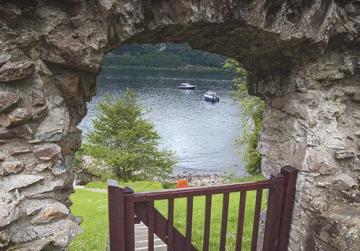 Needless be said though, as the boat left the pier no one remained inside. Everyone went out on deck to admire the blue water of the lake, mirroring the perfect azure sky and unveiling a vista of virgin woods, mysterious lighthouses, lone farmsteads and tiny villages which dotted the banks of the freshwater lake, most notably the picturesque villages of Foyers and Dores.

As we looked on in amazement, we could see a number of people walking and hiking along the Loch, while small fishing boats and other cruising vessels bobbed on its calm surface.

Our guide informed us that Loch Ness was over 23 miles long, a mile wide and 700 feet at its deepest, making it the largest lake in Scotland by volume. It is, however, the second largest Loch by surface area, after Loch Lomond. 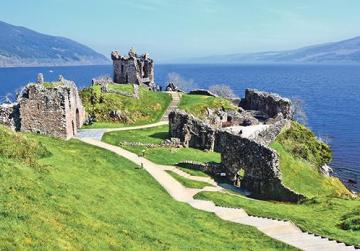 Loch Ness contains more fresh water than all the lakes of England and Wales combined and runs from Loch Dochfour to Fort Augustus. The waters of the loch flow along the River Ness through Inverness and into the North Sea. As I imbibed all this information, I looked around at the towering dome-shaped peak of Mealfurvonie, the loch’s highest mountain, which flanks the lake in majestic beauty, together with a multitude of breathtaking rolling green hills.

Cameras clicked madly as the guide proceeded to recount some of the many legends pertaining to Loch Ness. These of course, mostly surround the legendary sightings of Nessie, a large and ancient aquatic prehistoric creature which ostensibly inhabits the lake. The so-called ‘monster’ with its reputedly arched neck and benign expression, first captured popular interest in 1933, when a local couple spotted it gambolling in the water.

A few months later, a British surgeon came forward with a shadowy photograph which appeared to show an enormous sea-serpent-like creature swimming in the lake. This photograph was for decades believed by many to be ‘proof’ of Nessie’s existence and it was only in 1994 that, after a confession on his deathbed, one of the men involved revealed the plot to perpetrate this hoax. 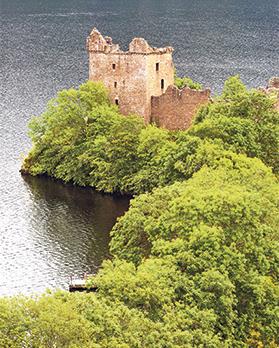 What many don’t know is that the legend of the monster of Loch Ness is indeed much older than these well-known sightings as the creature was actually first mentioned in a 7th century biography of Saint Columba, an Irish missionary who spread the Christian faith in Scotland during the 6th century and who is said to have prevented Nessie from killing one of his monks through the power of prayer.

All tales of folklore flew directly out of my mind as our boat suddenly approached the beautifully preserved stunning medieval ruins of Urquhart Castle. Built on the banks of Loch Ness in the 13th century, the castle definitely dominates the landscape for miles around.

The visit to this fortification was the climax of the tour. The castle is one of the largest found in the Scottish Highlands and is surrounded by a ditch and a drawbridge. Standing on a rocky promontory, I couldn’t help but feel as though I was entering a fairytale as I swiftly passed through the well-planned visitors’ centre to emerge into the fresh breeze coming from the lake. A full-sized working replica of a siege engine immediately caught my attention, after which I proceeded to cross the wooden drawbridge and start exploring the gatehouse and the great hall.

Climbing the five-storey Grant Tower was a treat and it was very interesting to read the many plaques provided with relevant historical information about the castle, its strategic location and the role it played during its 500 years as a medieval fortress.

As I nursed a piping hot cup of coffee on the journey back along the Loch, I thought about the sonar equipment and very much doubted that a prehistoric animal could inhabit the lake without it being spotted in this day and age. Yet, I admit, as I looked down at the deep unfathomable water surrounding me, I still couldn’t help but try to once again to spot a shadowy presence or strange ripple marring the calm surface.