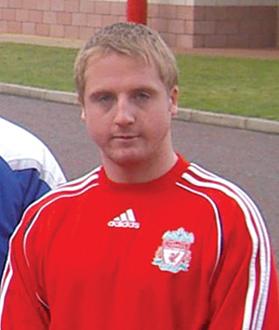 Ian Dawes is set to be appointed Floriana coach.

Floriana have reached agreement with Ian Dawes to become their new head coach.

Dawes, who works as a youth coach with the Liverpool Academy, will succeed fellow Englishman Iain Brunskill who left Floriana to take up a coaching post with the English FA.

The appointment of a young coach like Dawes is a clear indication that Floriana are willing to retain the formula that proved successful when they handed the job to Brunskill who also spent the early years of his coaching career with the Liverpool Academy before his spell with Blackburn Rovers as first-team coach.

Under Brunskill, who replaced Stephen Azzopardi in late January, Floriana not only secured their Premier League status but went on a run of eight successive wins in the final months of the season.

Steve Vaughan Jr, the president of Floriana, returned from England yesterday after concluding talks with Dawes and officials of the Liverpool Academy.

“I know Dawes very well as we played together for the Liverpool youth team. Frank McParland (the director of the Liverpool Academy) has been great as Dawes was still under contract.”

Vaughan has revealed that Floriana intend to restructure their technical set-up.

“Ian Dawes will be the head coach but as far as signing new players is concerned, I will be helping out as I know Maltese football better after a year at Floriana FC.

“Also, Gary Howard is staying in his role as first-team assistant coach.”

During his recent visit to the UK, Vaughan struck a deal with Nigerian defender Emmanuel Edet Ibok who is expected to complete his move to Floriana in the close season. Brazilian hot-shot Igor Coronado has also agreed to extend his contract with the Greens.

“We want to start the new season like we finished the last one,” Vaughan said.

“We are determined to keep this vibe with a young squad, a young manager and a young Floriana FC.

“We want to retain this positive energy. Our aim for next season is to be in Europe.”

Floriana are also keen to retain the services of Kane Farrugia and Steve Pisani who were on loan from Mosta and Hibs respectively.