As today is International Women’s Day, ‘Mara’ – Perspettivi will see numerous artists and performers coming together for a 17-day celebration of womanhood. Iggy Fenech chats to the three curators who brought this project together.

Throughout history, art has always had an intrinsic infatuation with women. It’s depicted them as virgins and as mothers – sometimes even as both. It’s turned them into nymphs, home wreckers, prostitutes and even into inanimate objects of beauty.

Realistically, it’s not that difficult to understand why. Until rather recently, art was the preserve of men who were equally enthralled and frightened by womanhood. Perhaps, the most telling of these depictions is Gustave Courbet’s L’Origine du monde (The Origin of the World) – a headless torso of a woman, legs open and vulva in full view. It’s striking, thought-provoking, terrifying, real and unreal and beautiful all at the same time.

But times have changed and women have shed the shackles that associated them with Eve and emancipated themselves from the Original Sin, thus creating a new face of womanhood to be portrayed by a new generation of artists – this time, including women.

“Every year, there are various events that are all about raising awareness, but not that many that celebrate women in a creative and artistic way,” say QUE artist and designer Enriquè Tabone, illustrator Glenn Ellul and artist Luca Cauchi, who are curating ‘Mara’ – Perspettivi. 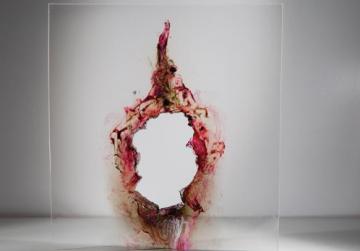 “The woman, or Mara, is a strong presence in every person’s life, including in those of artists,” they say. “And because artists come from different backgrounds and express themselves differently, they each have their own perspective of ‘the woman’.”

Running until March 22 at Palazzo Pereira ‘Mara’ – Perspettivi will feature a myriad of artists using a variety of mediums, including painting, photography, theatre, poetry, dance and music. It will also bring together many known names, including painters Anna Galea and Ray Piscopo, along with many new names.

The series of events will also include a physical poem by Willow Theatre, a painting and photography exhibition, a piano recital and a run of The Vagina Monologues directed by Nannette Brimmer. As a whole, this event aims to tackle the theme of womanhood from every angle... it is also no coincidence that this it is taking place in March.

Since 1909, in fact, in one part or another of the world, at one point or another of the year, Women’s Day has been observed. Of course, today, International Women’s Day is more widely marked than ever before and whether it’s talks about women’s rights, charity events, bouquets of flowers or good-willed jokes about women, it is a day that has become part of our collective conscience and calendars. And all this gives Mara a timeliness that will truly put it into context.

Every year, there are various events that are all about raising awareness, but not that many that celebrate women in a creative and artistic way

“As a team, we believed it would be a great initiative to hold an artistic experience of a collective exhibition that truly puts the woman at centre stage,” say Tabone, Ellul and Cauchi. “It was also a great opportunity for those who wished to share their work with the world. We are now proud to say that we have Maltese art spanning over five decades in the visual arts exhibition.”

The woman, however, is part of every single person’s life. After all, we all have or had a mother and a grandmother, most of us have aunts and female cousins and some have sisters and daughters – and that’s not to mention the fact that half of us are actually women.

This makes each and every person in this world an active member in the discourses that are generated about women; with views and opinions on what womanhood is, how it is spoken about and how it is portrayed. That’s why one of the more unusual but most highly-anticipated parts of this series of events is going to taking place on March 18, during which “everyone will be invited to Palazzo Pereira – Freedom of Expression to share his or her artistic view of the theme through a story, a poem, a painting or a song”, say the curators.

Running for 17 consecutive days, ‘Mara’ – Perspettivi is going to be the ultimate celebration of women and each piece of art and performance should be a reminder of how far we have come as a society and how far we still have to go.

It’s important to remember that while we have International Women’s Day once a year and while we are fortunate enough to live in a country that strives for equality in each and every sector of life, many women around the world are not paid equally, are not allowed to vote or even drive. Some are forced into arranged marriages, beaten and raped. Others are victims of female genital mutilation or labelled and shunned as witches or the spawn of Satan.

And that is what I’d like my impression of womanhood to be: a strong one that has never ceased to fight and love, albeit it was never easy.

The show will run today and on Friday, Saturday and next Sunday.