Ecstasy pills on the market are becoming more pure, a leading drug expert has told Times of Malta, raising concerns that users could be at risk of an overdose.

Mario Mifsud, former director of the national forensic lab, said the spike in the drug’s quality – a trend witnessed across Europe – comes as the substance had started to fall out of favour with local users.

“Over the past few years we had seen a noticeable decline in the quality of the active ingredients [used in ecstasy pills],” Dr Mifsud said. “This, however, has suddenly changed and could have devastating effects as users who, now used to taking larger doses, might come into contact with stronger pills,” he warned.

The forensic lab regularly informs Mater Dei Hospital and other health authorities of notable changes in toxicity after running tests on seized drugs.

This increase in purity comes after a noticeable decrease in the use of ecstasy pills.

“Basically what happened was that the products used to make MDMA were not available on the international market, so the pills started to contain less of the active ingredient. Eventually people started to turn away from ecstasy,” he said. Often referred to as ‘X’, ‘E’ or ‘pills’, ecstasy is normally found in 260mg tablets which include the active ingredient methylenedioxy methamphetamine, better known as MDMA.

Known locally as ‘Mandy’, MDMA is an illegally synthesised psychoactive drug, preferred among users for its relatively low price (€15 per pill) and energising, mood-altering effects.

Ecstasy pills first appeared on the local scene in the early 1990s, when it was known as the ‘love drug’ and contained around 90mg of MDMA per tablet, he explained. “International clampdowns, however, meant that as the supply of MDMA decreased, so did the amount present in the pills,” he said, adding that until recently local pills only contained some 20mg of the active ingredient.

The local supply of ecstasy pills, came almost exclusively from the Netherlands. Known as the “European Colombia of ecstasy”, the Dutch drug producers work in tandem with chemists in the Asian drug market, who synthesise alternative versions of the lucrative active ingredients.

“Alternative versions which mimic the effects of MDMA have been appearing on the market. You could say that ecstasy is back in. It is important the authorities remain aware of this,” he said. 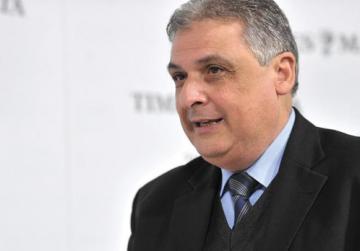 The majority of ecstasy pills do not contain a mix of drugs but are nearly all made up of just one active ingredient, drug expert Mario Mifsud, right, said.

He was commenting on the popular misconception that they included a cocktail of drugs, producing myriad psycho-active effects.

“Ecstasy pills are made up of MDMA or amphetamines which mimic its effects.

The rest of the pill is lactose, starch and anything else that helps bind it all together,” he said. A pharmacologist specialised in illicit drugs, Dr Mifsud said the misconception was reinforced by the different sensations experienced on ecstasy pills compared with a dose of MDMA in powdered form.

“Many people think that the tightening of the facial muscles and the ‘rush’ users feel on ecstasy pills are caused by other types of drugs mixed into the pills.

“This is not the case and it is caused by the quick release and high concentration of MDMA within the pill,” he said.

In 2010 Dr Mifsud carried out a series of investigations into the local drug scene, spending several hours at a number of electronic music parties where ecstasy pills are normally used.

He was particularly concerned about the number of users who mixed alcohol with drugs.

“Drinking alcohol with any narcotic is dangerous. Your body needs to remain hydrated if under the influence of such substances,” he said.