Since its first flight to Malta from Dubai in 1998, Emirates has carried nearly 900,000 passengers between Dubai and Malta. Paul Fleri Soler, Emirates Country Manager in Malta, talks about the airline’s 20-year presence on the island.

Malta was among the first European countries to be served by Emirates. It was the eighth European destination and the 41st destination worldwide.

The connection between Malta and Dubai has been enhanced over the past years. Emirates began its service to Malta via Athens with two weekly flights on an Airbus A300. In October 2005, the airline added two more flights, creating a four-time-weekly service to Malta through Larnaca, Cyprus.

Underlining its commitment to Malta, Emirates in 2008 again increased flights to a daily service, as well as introduced a Boeing 777-300ER. Currently, the Emirates operation to Malta carries over 2,500 passengers to and from the region each week.

Since its first flight to Malta from Dubai on March 30, 1998, Emirates has carried nearly 900,000 passengers between Dubai and Malta.

Emirates Skycargo has increased its belly-hold capacity on the Boeing 777-300ER, further increasing trade prospects for Malta across the Emirates network. Over the past five years alone, Emirates has carried close to 7,000 tonnes of cargo to and from Malta, with main imports being pharmaceuticals and fresh fish, and main exports including electrical components and pharmaceuticals.

Over the years, Emirates created new eastbound destinations for Maltese clients. Although various long-haul destinations, such as Australia, the idyllic islands of Mauritius, the Maldives and the Seychelles in the Indian Ocean, China, Thailand and South Africa, are increasingly appealing to travellers from Malta, flights to Dubai and Cyprus remain the top-selling destinations both for holiday and business.

Emirates has also contributed to the economic development of the Maltese Islands. Providing the Maltese with a vital daily link to the East, the airline has had a direct positive impact on the Maltese economy. Emirates created a daily connection for Maltese travellers to Dubai, the Far East and beyond, which continues to increase in popularity. 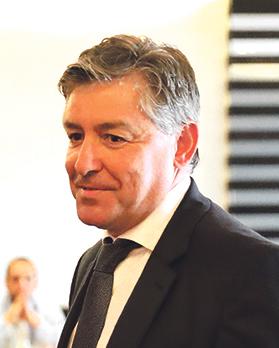 During the past 20 years, the airline has continued to reaffirm its commitment to Malta by employing more Maltese nationals, moving the airline’s area office to larger premises at MIA, introducing a Maltese menu to the airline’s catering offering and steadily increasing its passenger and cargo capacity to the region to meet growing demand.

The daily Malta-Larnaca-Dubai flight is operated by an Emirates Boeing 777-300ER aircraft in a three class cabin configuration, with eight private suites in First Class, 42 lie-flat seats in Business Class and 310 spacious seats in Economy Class.

Customers travelling on Emirates can look forward to the highest levels of care and comfort, including the warm hospitality of its multinational cabin crew. Customers can also enjoy being entertained by Emirates’ award-winning Ice, which offers up to 3,500 channels of on-demand audio and visual entertainment from the latest movies, music and games.

With Emirates, Maltese travellers can seamlessly connect via one stop at the airline’s modern Dubai hub, to more than 155 destinations worldwide.