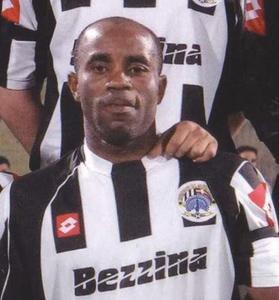 Friends of Mbong have told The Times of Malta that the Nigerian died in his home country on Saturday.

Affectionately known as ‘Papa’, Mbong is best remembered for his long and successful spell with Hibernians.

At his peak, Mbong was widely regarded as one of the best midfielders in the Premier League.

With Hibs, Mbong won the league championship in season 2001/02 and the FA Trophy in 1998 when they beat Valletta 2-1 in the final.

At the end of season 2004/05, Mbong was honoured for his performances with the Paolites as he was named best midfielder and best foreigner player at the Malta Football Awards.

The Nigerian ended his stint with Hibernians at the end of season 2005/06 and went on to join Marsa.

Mbong’s sons live in Malta and one of them, Joseph, is part of the Malta U-17 squad.

He was among the scorers for the Malta U-17s in their 4-0 win over N. Ireland in a friendly on Friday.