Four artists, eight photo-shoots and five guest designers get together on a collaborative project that celebrates fashion in a weird and wonderful manner. The result is C, now on show at St James Cavalier. Ramona Depares speaks to Elisa Von Brockdorff, one of the minds behind the project. 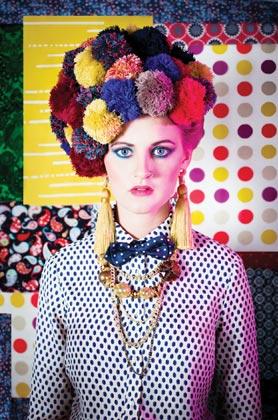 The styles range from the classical, to the edgy, to the frankly wacky. It is fashion, but not the sanitised, catwalk and magazine-friendly angle we are only too used to.

Every piece of work carries the influence not only of the photographer’s personality, but also of the collaborating designer, stylist, model, make-up artist and hairstylist. The result is a beautifully eclectic collection, bringing myriad colours, moods and scenarios to the viewer. Photographer Elisa von Brockdorff, who conceived the project together with stylist Gayle Cutajar, explained how their vision was translated to reality.

How was the concept born?

Last summer I had collaborated on some shots with Gayle, make-up artist Gabrielle Zammit Grungo and hair stylist Chris Galea. The lack of collaborative fashion exhibitions taking place locally motivated us to consider organising a number of shoots and eventually exhibit the resulting images. The idea was to make it different from merely uploading photos from a shoot online once it took place. 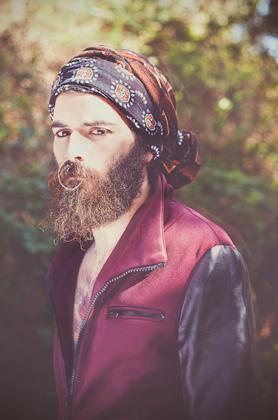 We worked on eight different shoots as a team, and collaborated with guest designers Nadine Noko, Ritienne Zammit, Elisha Camilleri, Enrique Tabone and Ugly Lovely on five of them.

What was the biggest challenge to make it reality?

Money. What we wanted to achieve involved considerable expense and we were very grateful to have our proposal to the Malta Arts Fund approved.

How long did the concept take to implement?

Last year, Gayle and I spent the entire summer meeting up regularly to discuss and visualise the shoots, go though fashion images and work on mood boards. We also drew up a list of professionals, designers and models we wished to collaborate with, since we felt their work would suit the style we had in mind. After obtaining funding, we started contacting the rest of the team to start the actual work and to identify the models.

What was the role of each artist and how do the ideas of each individual tie in with the whole? Were there any bumps/divergences, and if so, how did you deal with them?

We usually had a meeting with the entire team to discuss and develop ideas before each shoot. As a team, we worked quite well together, as we tend to trust each other’s capabilities. Even though we do give suggestions to each other, we generally do not tread on each other’s field.

I don’t think there were that many bumps and divergences. The main adversity we faced was the weather, as it wasn’t very favourable during some of the shoots.

For instance, we had planned one of the shoots in Gozo in a particular spot and on the day it was really cold, windy and rainy. When we got to the area, it was so windy we could hardly walk, so we had to find an alternative space. Even though the new location was slightly better, the bad weather persisted. In fact, if you look closely at one of the images from the Gozo shoot, you can actually notice the rain.

However, I think our most memorable shoot was the collaboration with designer Ritienne, where our model Kristen had to sit still in a pool for quite some time on a cold night in March, since I shot using long exposures.

After all eight shoots took place, our curator Fabrizio Mifsud Soler stepped in to decide what images would make it to the final collection and how they would be displayed.

C runs at St James Cavalier, Valletta, until Saturday. The artists will be holding a talk on Tuesday at 8pm, whereby they will discuss shoots and collaborations and will show new images currently not displayed at the exhibition, together with two short videos taken during the shoots.