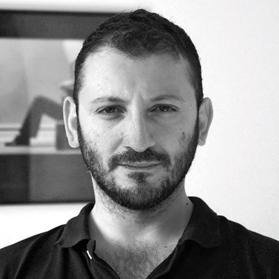 Brian Azzopardi is very clear in his mind about why his company, Rawstream, has been an instant success.

“The Stone Age did not end because we ran out of stones...,” he said. “It ended because innovators discovered how to smelt ore and the Bronze Age started.”

This is one of the reasons that he set up the IT company, aiming to offer a solution to the ways in which business has changed.

“Business is no longer about a 9am-5pm stint in the office. It is increasingly about remote working via devices. There has been a fundamental shift in the way in which people work,” he said.

Another major shift has been the online tools available, whether Drop Box for file sharing, social media for communicating, or cloud-based applications. However, companies have baulked at the idea of giving open access to their staff to all these tools, worried about security as well as productivity.

Rather than having their employers block access to various sites, it will allow employees to use them while ensuring that productivity is maintained

What Rawstream has done is to provide employers with a reassuring oversight of all that their employees are doing, as well as giving employees a way to self-monitor their output.

Mr Azzopardi started his career after studying public policy and economics at the University. He spent a year with a start-up and then moved to software developer GFI, where he worked on one of the first anti-spam products. But after 11 years there – not long after the first iPad was launched – he began to realise how things would change and started to dream about his new project. He was just 32 when he left GFI and spent a few months working on the proof concept. The reaction of friends and family was, at first, incredulous. But he quickly put together a rudimentary version of his program and posted it on to the Google Market Place.

“I put it out there and then had to sit back and wait to see what happened... But I did not have too long to wait. A Brazilian company operating a subsidiary in another South American country wanted to monitor the productivity of its staff there. They were my first customers,” he said.

The next step was to invest in a more sophisticated version and he – along with thousands of others – applied for Seed Camp, a project which gives seed capital and mentoring to young start-ups.

“It was very important as I needed this money to cover the product development, my travel, money to live on, servers, legal fees and so on,” he said.

“It was incredibly fast. It only took three days to get the money once the results were out. But then it took months to open a bank account here because it was a UK-registered company!” he grumbled.

The beauty of having created intellectual property is that you “make money which you sleep”, he laughed.

It is obviously not as easy as that. It took him two years to develop his business and investment model. He is offering Rawstream as software-as-a service through a monthly subscription, which means the customers do not need to have an IT administrator to reap its full benefit.

He is also constantly scouring the business world for new opportunities. For example, the US has introduced a new project called the Common Core State Standards Initiative, which will be centred on laptops rather than whiteboards.

“The project is based on ‘dumb terminals’ and parents will be insisting on their children being monitored and safeguarded. Rawstream is the only product currently on the market that can offer a solution. A New Jersey school is testing it on 100 students and if successful, would extend it to 1,000. And then, if satisfied, it would be rolled out across the district,” he said.

Of course, it was primarily designed for businesses, rather than schools – and he is adamant that this is not a Big Brother product.

“It is there to provide a sophisticated conversation between the employee and the employer. For example, employers cannot snoop on content. But it means that rather than having their employers block access to various sites, it will allow employees to use them while ensuring that productivity is maintained.

“We understand how social media is used so, for example, Rawstream distinguishes between active and background use of Facebook,” he said.

Interest is growing and he already has 34 customers – before he had even sent out a single press release. It may not sound like many but one of them is an Asian firm which is integrating Rawstream into its own product – known as ‘white labelling’ – while Mr Azzopardi is also concluding licensing agreements which means clients who can scale up the product and pump it out to thousands of clients very fast.

From a marketing point of view, the software is “sticky” and he said that once clients start using it, they would be unlikely to switch to anyone else as it should fulfil all their present and future needs.

He has now opened an office at the Google Campus in London which he flits in and out of, with a programmer working in Malta and three advisers, in Malta, Singapore and London.

“It was super hard at the beginning when I was on my own. Many people are not cut out for this. You need to be strong enough to face the risk of failure.

“Having advisers has been really important to ensure that I do not get carried away and forget the need to look at the bigger picture. I have to ensure that I keep in contact with my developer as the reality is that I am a digital nomad. I often work from home or from a coffee shop – I basically carry my office around with me,” he laughed.

“I go to the UK once a month for 7-10 days, to meet the press, clients and potential investors... I know that my customers like the product but I need to build it up and to scale operations to be able to reach more companies,” he said.

He is currently raising around €300,000 from investors although he intends to keep the majority.

“Investors are important as they do not just provide money but also networking,” he said.

Less than a month has passed since Rawstream launched officially and Mr Azzopardi is overwhelmed – and energised – by the response.

“I’ve run out of business cards, I’m afraid. Sorry. It has been a really busy few months,” he grinned. “I guess that I need to build up some administrative support!”