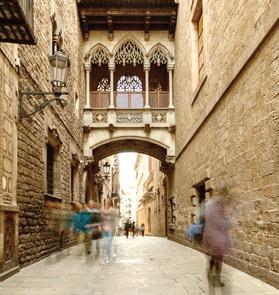 Alexia Medici’s tale of uprooting herself from Malta and moving to Barcelona reads like a modern-day fairy tale.

Although she was happy living in Malta, the artist always wanted to travel and knew that some day she would end up living in France, Italy or Spain. In 2006, she was invited to a friend’s wedding in Camprodón, a few hours from Barcelona, and took it as an omen that that was where she was meant to be.

Unperturbed by the fact that she had never been to Spain before, didn’t speak the language and had no job or friends waiting for her, she packed for the wedding plus an extra six months and set off.

Medici had heard that the first six months living abroad were the hardest, so she promised herself not to give up before that period had elapsed.

“I bought a Lonely Planet guide to Barcelona and hoped that I was making the right choice and that the city would live up to my expectations.”

It did. She made friends at her elementary Spanish class, found a job within 15 days of arriving, met her (now) husband after just two months and focused on her art again after years of hibernation.

Indeed although the artist had been heavily influenced in her youth by classical art, her style changed radically once she moved to Spain. Barcelona inspired the use of found materials and textures in her art and she moved from a classical to a more experimental and intuitive approach to art.

It was the sheer beauty of the city that inspired this artist. Barcelona has been home to many great artists including Picasso, Miró, Dalí and Tàpies. It has also attracted some of the world’s best architects from Gaudí to Nouvel and Meier. Nowadays the city presents its own international contemporary art fairs such as Swab and Loop and holds frequent exhibitions at its numerous art galleries.

“How could an artist not get inspired?” Medici asks. “This inspiration drove me to take up further art courses including a contemporary art course, which changed my art (and my life) drastically. Whereas previously my art was more technical and classical in its thought, the contemporary art course led me to a more conceptual and experimental art form.”

Medici’s artistic projects tend to be studies – she works with an initial idea and researches that idea using a variety of mixed media until she comes to a satisfying conclusion.

This artist lives in a residential area situated some five minutes away from FC Barcelona’s Camp Nou, the renowned Avenida Diagonal and 20 minutes away from Plaça Catalunya. Prior to living here, and in order to get to know more people and the city better, she moved regularly – in fact, in her first 18 months in Barcelona, she moved apartment six times, from the Gótico in the centre to El Clot on the far east side of the city.

Medici loves how Barcelona accepts and allows young, budding artists to find their feet. Some galleries cater especially for these artists and exhibit at a very small fee. This is a great stepping-stone to get to the bigger, more established galleries.

On the down side, the competition is fierce and although still a trendy arts hub, the economic crisis has hit the art scene hard. Even though there is still a strong focus on the arts, including filmmaking, fashion and theatre, one of the unfortunate effects of the economic crisis is a decrease of this funding.

Would Medici ever consider leaving Spain and moving back to Malta?

“At the moment I can afford to travel between Barcelona and Malta regularly and benefit from living in this beautiful city and still be in contact with my closest family and friends in Malta. As my daughter grows older, we will have to choose where to settle. Not an easy choice.” 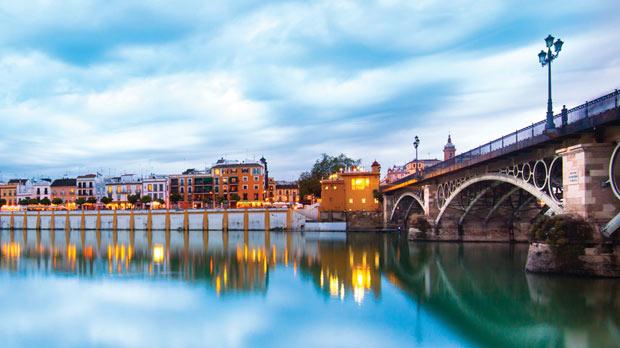 If only flamenco were Maltese 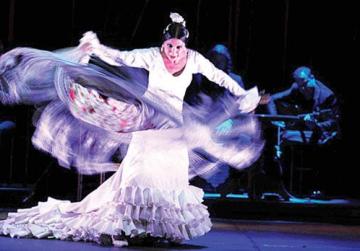 When soulful and passionate flamenco dancer Francesca ‘Ċikka’ Grima went to Seville with her husband Andrej on their honeymoon in 2000, she instantly fell in love with it.

“I have always had a great affinity with Spain and the Spaniards and intuitively I knew that I wanted to be here and put all my trust in the universal forces to make it happen,” she explains.

The dancer notes how the move was incredibly tough initially but thanks to the late Sharon Sapienza who accommodated them and opened doors, 13 years later they can still say they are in Seville on honeymoon.

What Grima loves about Seville, especially Triana, the suburb where she lives, is that people live outdoors and don’t spend time in their apartments. Their living quarters are outdoors, in bars, restaurants and parks or by the river.

“Of course,” she adds, “the climate helps. It is just perfect, hardly any wind at all and a pleasant temperature for most of the year. Food and drinks in bars are super cheap and so everyone is out for breakfast, lunch, dinner and tapas. You will always find someone to chat to and hang out with – you don’t need to call and meet up with friends.”

Grima’s daily routine is enviable. She starts her day with coffee and delicious tostada with jamon, aceite and tomate for breakfast at a bar on the river Guadalquivir called El Faro, just off the Triana Bridge. As she eats, she soaks up the sun and watches the local Trianeros come to life as late as 10am.

Then it’s some office work followed by a three-hour rehearsal at her studio just down the road. Lunch and siesta are followed by a tablao performance which consists of two shows – the first is from 7 to 8.30pm, and then from 9.30 to 11pm. After performing she sometimes catches up with friends who are usually jamming by the river or finds some flamenco juerga or late performance to watch.

The flamenco dancer attributes the special life in Seville to the venues she performs in: a new venue in the heart of Seville called Flamenco en Sevilla de Opera and the tablao El Palacio Andaluz.

“Performing on a regular basis with fantastic musicians, singers and dancers, as well as the inspiration and the improvisation makes it all very addictive. Once you get over the fear of improvising you are hooked for life,” she explains, passionately.

The dancer’s troupe has just returned from a three-month tour of the Australian continent, performing in over 30 theatres as well as giving workshops.

She considers Seville more and more home but her heart is still in Malta and she does miss the island dearly. She returns frequently and this summer, she premiered her latest show Isla at the Malta Arts Festival.

“I have moments of huge nostalgia and childhood memories and I miss my family and my friends and feel incredibly grateful to them for their continual love and support. But I guess it’s the price one has to pay for doing what one loves. Sometimes I wish that flamenco was Maltese.”