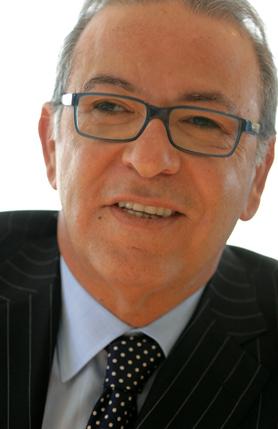 George Fenech, who was chairman of the Tumas Group.

George Fenech, the chairman of the Tumas Group of companies, who died yesterday aged 63, will be remembered for his brilliant entrepreneurial skills as well as for his charitable heart, according to two former presidents.

Mr Fenech passed away following a battle with lung cancer.

“He was an entrepreneur capable of taking decisions at the opportune moments. I respected him a lot and relied on his judgement.”

President Emeritus George Abela remembered Mr Fenech as a great entrepreneur who, following the death of his father Tumas, brought together all his siblings and took other people on board to help.

“He was their mentor. George was an affable, cheerful and charitable person. Not many people know that he helped greatly with the Millennium Chapel. He had a social and philanthropic heart.

“This kindness spread to his family and beyond. His son, Jurgen, performed a very noble and admirable gesture when he donated a kidney to his father 14 years ago.”

Dr Abela added that Mr Fenech always helped out with the Community Chest Fund and was always there to lend a helping hand whenever he was approached by the presidency.

The Institute of Maltese Journalists (IĠM) paid tribute to his entrepreneurial skills, stating that the Tumas Group contributed greatly to the economy through investment and the creation of hundreds of jobs in hospitality, real estate and automobiles.

Mr Fenech was instrumental in setting up the Tumas Fenech Foundation for Journalism Education.

The Fenech family continued to finance the foundation and its work, as well as sponsoring the Gold Award bestowed upon distinguished journalists.

After taking over from his father, Mr Fenech was the driving force who channelled the Tumas Group into new areas of activity, particularly the hotel and gaming sectors. He was one of the main promoters of the timeshare industry both locally and abroad.

Under Mr Fenech’s guidance, the Tumas Group undertook the construction and management of the Portomaso project and other major real estate projects.

The funeral will be held today at 2pm at the San Ġorġ parish church, Qormi.

Mr Fenech leaves to mourn his loss his wife Patricia, sons Jurgen and Franco as well as his mother and five siblings.