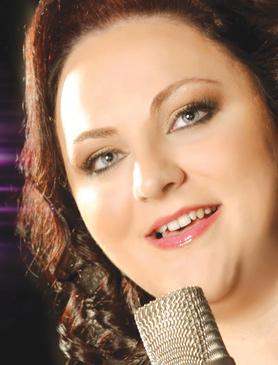 Local singer Adie is back with an upbeat tune called Feel. Produced locally at Freetime Productions, the new single is possibly one of Adie’s best releases to date, successfully bridging her tastes for pop with a subtle rock undertow.

The song boasts powerful lyrics and was written by Norfolk songwriter Nicola Philo, an overall winner of the 2006 UK National Songwriting Contest with two songs, one of which was Feel.

Judges described the track as “an expertly crafted pop song with an indie feel that deals with the familiar emotions of insecurity in love in an original and direct way”.

As she has done with her recent releases, namely 2011’s Reaction and last year’s Cry for You, Adie will also be launching a music video, filmed and produced by students from Mcast, for her latest release.

The new single was officially launched earlier this month during a press conference at The Palace Hotel in Sliema, and is available as a digital download on iTunes, Amazon, Spotify, CD Baby, Reverbnation and several other digital stores.

Meanwhile, Adie has been keeping busy on the live front, with a string of performances already given and many more lined up for the summer, including an appearance this Saturday at a fundraising activity at St Gregory Gardens in Żejtun for Fondazzjoni Nazareth.