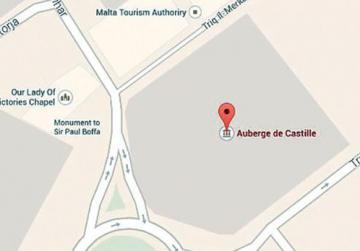 Online search engine giant Google is declining to say whether an image being used in the Labour Party’s MEP campaign is violating its intellectual copyright rights.

The spokesman said such practices were quite common and a discussion page on the company’s FAQ section includes testimonials of third parties that had their requests to use similar imagery turned down by the company.

Google’s copyright information section, Google Permissions, does not highlight the symbol as a protected item but does make reference to “imagery associated with Google” as being protected by intellectual property law.

“It looks very similar to the Google image, almost too similar,” she said, adding that the “striking” similarity could have exposed the party to the possibility of facing legal repercussions.

Dr Rizzo said the issue of whether the PL would face any repercussions rested mainly on whether or not Google wanted to be associated with an electoral campaign.

“An election campaign is not immoral. However, Google might not want to be aligned with any political party,” she said, adding that the similarity could lead viewers to the assumption that the company was backing PL.

Asked what legal consequences Labour could face, Dr Rizzo said the use of the logo did not constitute a breach of trademark law as it might be argued that the MEP campaign would not be considered a commercial activity. Despite this, the firm could argue using the image may lead to the unfair assumption it supported the PL.

“The image could lead the ordinary observer to believe that Google is somehow backing, or giving permission for its logos to be used in this campaign,” she said, adding that the company’s inaction did not necessarily mean it condoned the use of the image.

Labour had made use of paid Google Ads during the run-up to last year’s general election.

Ranging in price from €50 to thousands of euros, the adverts normally appear as banners on websites targeting local users and are also being used to promote the Malta Enerġija Pożittiva (Malta Positive Energy) MEP campaign.

Asked if the PL’s customer relationship with the company had prompted its reluctance to comment, the Google spokesman would not reply.

When contacted and asked if the party had sought legal advice before using the image, a Labour spokesman said: “We believe the design does not constitute an infringement of any third party intellectual property rights.”