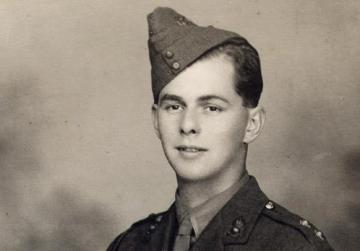 A brave soldier who oversaw the disposal of more than 1,500 unexploded bombs in Malta during the Second World War has died aged 94.

Lieutenant George Carroll was known in Malta as Tal-bomba (“the bomb man”).

He arrived aged 23 in April 1941 to take charge of bomb disposal for the entire blitzed archipelago outside of RAF and Royal Navy premises.

At that time, the young Lt Carroll was the only army bomb disposal officer assigned to Malta and Gozo, along with a section of20 men.

In a single year on the islands he personally dealt with hundreds of bombs himself – all except the most straightforward anti-personnel bombs and high explosives up to 50kg, which he could delegate to non-commissioned officers once he had trained them.

Lt Carroll’s daughter, Susan Hudson, told The Sunday Times his wartime experiences left him with terrible nightmares when he returned to Britain and he was diagnosed with Post Traumatic Stress Disorder in 2009.

Ms Hudson does not remember her father mentioning the war, until the 1970s.

“Even then, references were restricted to three or four anecdotes. He simply didn’t remember much else – a key factor in the doctor diagnosing PTSD,” she said.

The true extent of her father’s wartime heroism only became apparent to Ms Hudson when she began research for her book, UXB Malta, which details the exploits of the Royal Engineers’ bomb disposal men in Malta during the war.

Among the 518 unexploded bombs Lt Carroll was responsible for in November 1941, 19 were thermos bombs in the police station’s basement in the Opera House. Lt Carroll devised and personally operated a remote-controlled grab and series of string railways to remove each one safely from the building. The delicate operation took two days and earned a letter of thanks from the Governor’s office.

The work of Lt Carroll and his men was praised in The Sunday Times of Malta on November 2, 1941.

A second bomb disposal officer and section were added in January 1942, after escalating Luftwaffe bombing made the island one of the most targeted places on Earth. Between them, the two officers dealt with 600 unexploded bomb reports and with their squad neutralised 500 devices in fewer than four months. Among them was the 500kg bomb that penetrated the Mosta Rotunda on April 9, 1942.

Due to the ferocity of the bombing, Lt Carroll is believed to have been responsible for tackling more unexploded bombs than any other Royal Engineers bomb disposal officer in World War II, across all theatres of war.

Remarkably, he was the only bomb disposal officer from the Army, Navy and Air Force active during the siege of Malta not to be decorated, though this did not bother him.

“My father always stated simply that he was just doing a job,” Ms Hudson said.

A year of facing life-threatening situations with increasing frequency and intensity contributed to a perforated ulcer that almost killed him.

After a period of convalescence he returned to bomb disposal duties in London, serving for another 15 months before he was retired on the grounds of ill health in February, 1944.

“Leaving Malta felt to him like unfinished business and adjusting to normal life was extremely difficult afterwards,” Ms Hudson said.

George Carroll died on May 23 and is survived by his wife Betty, his daughter and two sons.