The project description statement (PDS) of a proposed development at Munxar is written in such a way that it ticks all the right boxes, giving the impression that the project will have minimal environmental im­pact and will actually improve the area by promoting the cultivation of additional crops, besides fodder.

But the PDS also drops the bombshells one expects from such projects and which are sneaked in with other legitimate proposals. These include a multi-purpose conference centre, the ubiquitous ‘retail centre’ (which also featured in the recently-approved conversion of the ex-Farmers’ Wine facility in Burmarrad), wine bar, fitness centre, beauty and therapy salon, guest rooms, activity rooms, a beach club facility and an ancillary pool. The total built-up footprint is far from insignificant and extends beyond 2,000 square metres. How some of these facilities are consistent with agro-tourism is anyone’s guess.

I tend to embrace the view recently expressed by 14 different organisations that the proposals are nothing but a smokescreen and disguise for a hotel in a prime location.

Munxar has already been in the crosshairs of developers in the past. In November 1995, St Thomas Bay Development Company, composed of Maltese developers backed by Italian financiers, submitted an application to develop a large touristic complex at Munxar, consisting of 143 luxury residential apartments, a two-storey five-star hotel with 120 rooms, underground parking facilities, swimming pools and sport and leisure facilities. As the late anthropologist Jeremy Boissevain recounts in one of his books, luckily, opposition to the project was successful and plans were eventually shelved, unlike what happened in the case of the Portomaso development.

This time round, the proposals for Munxar might, at face value, not sound as ostentatious as those bandied about 20 years ago, as developers have since learned how to avoid causing umbrage.

Environmental NGOs warned the government two years ago that the pro-agrotourism policies it was entrenching in planning legislation would actually give the green light for a tidal wave of new constructions in ODZ areas. The rationale behind a pro-agrotourism approach, on an island that lies less than 100 kilometres south of one of the world’s most eminent agrotourism destinations – Sicily – had also been questioned at the time. I guess we are reaping what was sown by those who failed to see reason at the time.

What is the logic of proposing a new accommodation facility for tourists on Munxar’s pristine land when the derelict Jerma Palace site lies idle just a stone’s throw away? One also questions the wisdom of proposing conference facilities less than a kilometre away from Xrobb l-Għagin nature reserve, where such facilities already exist – they were developed on the footprint of an existing building – the ex-Deutsche Welle radio station buildings.

A few months ago I claimed that developers consistently degrade plots of land as a means of twisting the arm of Mepa and expediting the issuing of development permits on the same plots by saying their proposals would ‘improve’ the area. The Malta Developers Association strongly rejected the allegation. 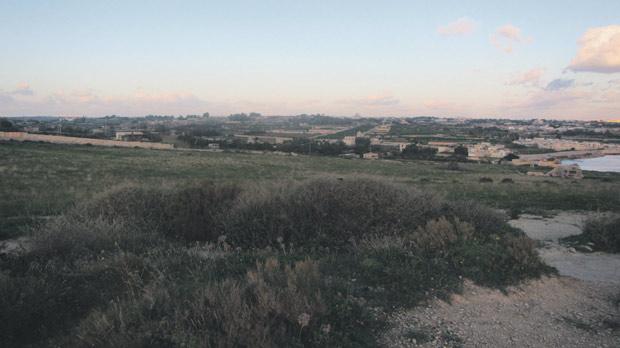 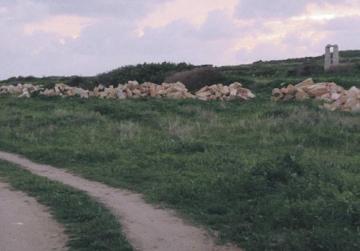 This massive quantity of rubble dumped at Munxar was reported to Mepa in December 2014 but the authority did not manage to persuade the person responsible to remove it. Could the dumping be linked to the development currently being proposed at Munxar?

As the photos shows, a considerable quantity of rubble has been dumped on the site of the proposed development at Munxar. This was duly reported to Mepa in December 2014. The authority’s response was that its officials had so far failed to persuade the person responsible to clear the rubble. One wonders whether there is a link between the dumping and the current development proposal at Munxar.

An argument often made by supporters of the Żonqor Point project, a mere two kilometres away from Munxar, is that the coastal stretch at Żonqor is already peppered with all sorts of dumped waste. This is a vain attempt to detract from the area’s appeal. The argument surely does not hold water in the case of Munxar, as anyone remotely familiar with the area and its unparalleled views can safely vouch for.

Despite the fact that Munxar is still largely pristine, a number of infringements have been carried out in the area over the years, such as pending enforcement notice ECF/00482/11. These consist main­ly of the illegal construction of rooms and boundary walls that far exceed the stipulated heights for such structures. If the owners of the land genuinely care about the environment and the survival of agriculture in Malta, they should remove the unsightly development and mounds of rubble from the area.

There is a faint hope that Mepa might give this insanity the cold shoulder, eventually. In a screening letter to the developers regarding the proposal, the authority stated the obvious when it re­ferred to the fact that the project can­not be reconciled with the site’s very sensitive and scenic rural location and its conservation and scheduling status, as the works would result in formalisation and uptake of land.

However, this welcome position by Mepa should not lead to complacency among environmental NGOs, which should continue to oppose the proposals. They should also be wary of anticipated ‘token concessions’ by the developers, such as abandoning the swimming pool option, a tactic regularly resorted to in other large-scale proposals.

Gluttony truly has no limits in this country. If the authorities are unable to bite the bullet that the nearby illegal shanty town at St Thomas Bay represents, they should at least ensure that Munxar is spared any further development.