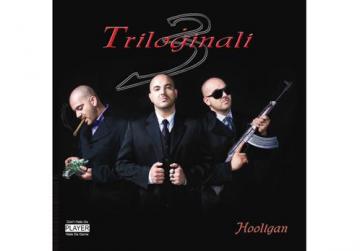 First there was Oriġinali Bħali, then there was Hooliginali, and now Maltese rapper Hooligan is back with a third full-length installment, appropriately titled Triloġinali.

Another interesting feature is the variety of guest artists with whom Hooligan has collaborated, namely Fabrizio Faniello, La Barokka, Adie, Janvil and Dime ’n’ D, the artist’s own sister who had also made a brief appearance on his debut album.

Recorded with producer and sound engineer Elton Zarb of Freetime Productions, Triloġinali was officially launched during a press conference at De Carmens earlier this month. The album features 17 tracks, including previous singles Fuq In-Nisa and the acclaimed It-Telgħa tal-Kalvarju as well as upcoming single Sexy, which carries the upfront and direct rap that Hooligan has become widely known for in the years since he first rolled out Oriġinali Bħali in 2003.

“Actually, the original intention was to record the whole album in English,” he explained during the press launch. “However, after requests from my fans I decided to do the songs in Maltese. I am, after all, Maltese, and writing rap in my mother tongue is what launched my career in the first place.”

Acknowledging that his lyrics are at times controversial, Hooligan insists the message behind them is a positive one.

“Through my lyrics, I feel closer to people of all ages; conveying messages that others for some reason might not.”