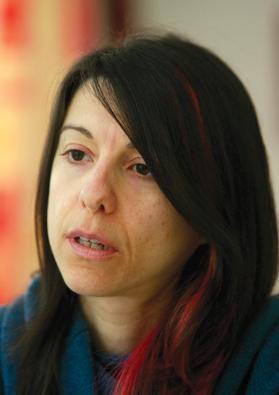 Sufferers of the debilitating illness ME are inching closer to obtaining the Government support they have long been fighting for as the Health Ministry said it would “seek the way forward” to help them.

“We have to study ways how the ministry supports these patients from a more holistic point of view,” a ministry spokesman said, adding that Health Minister Godfrey Farrugia recently met an ME sufferer to better understand their plight.

Today is the international awareness day for ME and Fibromyalgia. ME – myalgic encephalomyelitis – is characterised by a range of neurological symptoms, muscle pain and intense physical or mental exhaustion. Its cause is still unknown and there is no known cure.

People with Fibromyalgia (FM) experience pain in their tendons and ligaments, along with tender points throughout their body along with fatigue.

These misunderstood conditions have courted their share of controversy because, for many years, there was a debate as to whether they are actually an illness.

I sincerely hope this Government really turns his words into action

In Malta, ME and FM are not recognised as a disability which means that sufferers do not have free access to medication and therapy they may need to live better lives.

ME sufferer Rebecca Sultana, founder of support group ME Sufferers Malta, has long been fighting for this recognition and was glad to hear that the new Government planned to address the matter.

“Our plight has been ignored for the past 12 years. Patients have been ridiculed and left to deteriorate, many live below the bread line and all have heard more rhetoric than they could stomach. I sincerely hope that, unlike others, this government really turns his words into action,” she told The Sunday Times of Malta.

Last year, the Health Ministry said it was assessing the possibility of training local professionals to deliver therapies to focus on treating the illness as a psychological/psychosocial condition.

This sparked outrage among patients who said such statements reflected the lack of proper awareness in the health sector and further accentuated the myth that ME was “all in the head”.

Actor Kevin Drake, also an ME sufferer, stressed it was important that the authorities recognised it as a neuro-immune condition. In 1969, the World Health Organisation defined it as a physical, neurological illness.

Diary of an ME/Fibromyalgia sufferer*

“I am a 29 year old girl… and the best years of my life were destroyed by this illness and I can never get them back. I lost jobs, opportunities and friends in these past nine years, and still continue losing important parts of my life.

“This is called the silent sickness for more than one reason. Although we look normal on the outside we are not, and most are too weak to ask for help, and it is in our silence that we scream for help.

“Every morning I wake up exhausted, before the day even begins. My hair feels too heavy for my head, my skin burns and anything I am wearing burns against it. My finger nails feel like they are being pulled out, and I feel like someone is hitting me with a hammer all over… while carrying a tone of bricks on my shoulders.

“My life is lived through the eyes of others. I look at the pictures they post on Facebook and can see all the new things around, and feel like I am still part of this world through their photos. Being too weak to go out, friends go out without me. Bit by bit they started inviting me less and less to join, until I became invisible to them.”

*Excerpts from a diary sent to The Sunday Times of Malta by an ME sufferer. Full diary can be seen in the pdf link below.