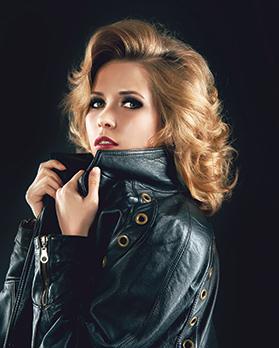 We live in interesting times. Trump is President and suggesting we arm our teachers with guns while they teach children their ABCs and many parents are flying in the face of science and common sense and refusing to vaccinate their children. It’s also the age of the aggressive opinion where people feel no compunction in making known their oftentimes rude and irrational musings about politics, your life and everything else in between. A couple of weeks ago, someone I had met only once before decided to embark in hand-to-hand combat with me about the relevance of fashion. Fashion, they claimed, was vacuous; style a myth. Clothes were hollow monuments to capitalism and so on and so forth.

I have always felt deeply intrigued by such conversations. Apart from the fact that I always wonder whether these people are blind to the effects that clothes have on first impressions and people’s psyches, I always questioned how they could be so obtuse as to not see the connotations, inferences and intertexts that each season brings. In this last round of fashion weeks for example, we saw a return to the excesses of the 80s. Fendi brought out fur-lined everything, the fanny pack showed up on most catwalks in various reincarnations and patent everything became, once again, the order of the day.

Fashion has always reflected society and the aspirations of its members

Of course, many people will ask what place these obvious 80s throwbacks have in modern society, but I suppose my answer to that will be: what doesn’t it have to do with it all? Fashion has always reflected society and the aspirations of its members.

The 80s were excessive because they were representative of their time: a backlash to economic crisis, an expression of economic success and sexual liberation not yet tainted by the tragedies of the Aids epidemic.

Women had finally started to break free of the forced confines of the kitchen sink and poured themselves into cinched power suits, while Margaret Thatcher armed herself with a hair-sprayed helmet of golden hair and Ronald Reagan was vying for a more conservative America.

Much like now, it was a time of extreme contrasts where science, religion and common sense were being challenged on a daily basis and people flocked to stores to express themselves (and emulate the powerful women on Dynasty and Dallas) violently in their clothes, many times subconsciously.

Whether the 80s remind us of simpler, happier times or simply remind you of your fashion faux pas, they are most definitely here to stay. Success, as Nancy Reagan and Alexis Carrington taught an entire generation, can be measured not only by your achievements, but also by the pile of your fur coat.