Reflecting on his latest publication, EU-literature prize laureate Immanuel Mifsud speaks to David Schembri about the state of waiting, the state of poetry and the state of his health. 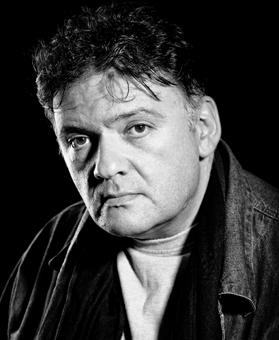 Immanuel Mifsud sits at a café table nursing a smouldering cigarette. His drink, a bottle of sparkling (or fizzy, as the serving staff would have it) stands atop the garden-style furniture, keeping his cigarette packet and notebook company, as he waits for the interview to start. The relatively full bottle, half-smoked fag and the author’s own words all point to the wait not having been too long.

Not that waiting seems to be much of a problem for Mifsud. Rather, it is for him a source of inspiration, as the title of his latest poetry book, Penelopi Tistenna suggests.

“We spend a lot of our lives waiting – in our daily lives we wait for people, we wait for particular times,” the writer says.

“On a grander scale, we are all waiting: for the big moments in our lives, and eventually we wait for death – even though death is not a very present theme in this work. This was something which struck me enough to write about it,” he says, in a matter-of-fact way.

I’ve got two fears as an artist: writer’s block, and arriving to the point where my creative energy has run out and I keep on writing regardless

The book itself – named after Penelope, Odysseus’ long-suffering wife, who features in one of the poems – had a gestation period of elephantine proportions – 12 years, to be precise. Many of the poems in the book (there are over 80 of them) have already been published in translation in the book Confidential Reports, published in Ireland in 2005, somewhat ironically for a writer who writes exclusively in Maltese. “I can’t write in any other language,” he admits.

A few months ago, while in Ireland, he reflected on the anomaly of having translations published before the actual works were published. Once back, he decided to rectify the situation by approaching Klabb Kotba Maltin to publish the collection, who in turn obliged.

Mifsud, who is perhaps better known as a prose writer, not least in part due to the success of Fl’Isem tal-Missier (u tal-Iben), believes that poetry as an art form is sometimes misunderstood – even by the people who write it.

“One of the things that intrigues me most about poetry is that people take it for granted that a poet is necessarily speaking about themselves. We accept – expect, even – that a prose writer can speak about characters other than themselves.

“In poetry, this is not the case. Some poets actually expect that to be the case,” says the author, who is also a lecturer at the University of Malta and its Junior College.

Penelopi Tistenna features a disparate range of characters who are not Mifsud – despite sometimes being written in the first person. Lovers, mythological characters, people he observes....

Sometimes, inspiration is also found in other works of literature.

“Aqrali, Qaltli, for example, used the book The Reader – later made into a film – as a springboard. Although it’s written in the first person, there’s nothing of me in it,” he says.

Poets, he says, wait for an audience to materialise and appreciate their work. A tall order, if there was any.

“In each poetry festival I attend, all the poets complain that poetry isn’t being read. Ironically, however, you can’t count the number of poetry festivals there are, and in practically all the festivals I went to, the readings had a full house.”

Mifsud believes that the fault poetry does not get the audience it might wish for lies with the writers themselves.

“Are we giving poetry to people? Do you just issue a book every 12 years, organise a book launch and hope people turn up?”

To this end, he’s planning to read his poetry in a number of different venues to give his work a wider audience.

“We can’t expect people to start liking poetry out of the blue… Poets have to approach people.”

In Mifsud’s personal life, the stasis associated with waiting has been exacerbated by a debilitating medical condition which has left him physically disabled. His condition, Ankylosing spondylitis, a form of chronic arthritis, has resulted in him being very easily fatigued and makes simple tasks like picking things up from the floor impossible.

“In my case, my spine is totally fused, which explains my lack of mobility, and my crouched posture,” he says frankly. The condition has also affected his left hand, but for the moment he can still type using both hands. He does, however, find himself depending on an increasing number of aids to get through his daily routine.

Does this condition give his writing a sense of urgency?

“A lot of people in my position get depressed because they feel they’re a burden on their family. I was almost in this position when my child was still a toddler and I didn’t have the energy to play with him, but I’ve got a lot of support from home, and my job is relatively static…”

“For some reason, I’ve taken this as a fact of life… For now, I either haven’t realised or I’m in denial, but I’m not worried about it affecting my writing,” Mifsud says.

He does, worry, however, about his creative energy being sapped.

“Artistically I’m less content than I was. I’m still waiting for new things to come along, I’m waiting to finish new works I’ve been working on. I still hope there are things for me to look forward to artistically. God forbid I’m at the point where I feel I’ve arrived.

“On the other hand, I really admire artists who know where to stop. I’ve got two fears as an artist: writer’s block, and arriving to the point where my creative energy has run out and I keep on writing regardless.”

By way of example he cites local poet Victor Fenech, who had decided to stop writing poetry because he felt he’d said all he had to say. “That’s a sign of great courage.”

For someone whose identity is quasi-synonymous with his work, this decision would effectively entail the death of one’s artistic career – a fact of which Mifsud is painfully aware.

“Building your identity through writing is a bit of a risk. I hope the point where I have to stop is far off.”