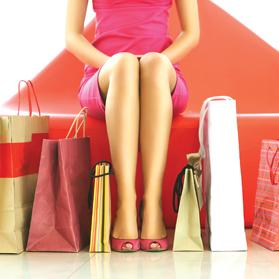 Intellectual property is an important aspect of the fashion industry. Fashion designers continually generate creative ideas and innovations that are the backbone of the industry. Versace’s medusa motif, the Nike ‘swoosh’ logo, and Dr Martens boots are products resulting from intellectual effort, skill and creativity and have attracted goodwill through use.

These creative works may last a lifetime; others may come and go in the blink of an eye. Intellectual capital is placed in each particular creation. Protecting such intellectual assets is a source of competitive advantage for businesses as fashion designers are capable of generating significant economic returns if their intellectual property rights are protected and commercialised.

Yet, businesses lose out as a result of knock-offs that produce garments copying the design and style of another product, and counterfeit apparel that bears the trademark of the copied designer.

At law, innovation in the fashion industry can be protected through copyright, design rights and patents that provide the designer with exclusivity to their creation and the concomitant rights to commercially exploit their ideas and inventions. Equally, these rights prevent counterfeiters and copycats from benefiting unfairly from the hard work of others.

In practice, however, it is difficult for designers to protect their brand, image and design in the face of a culture of copying on the high street and mindful of this strenuous exercise, fashion designers are continuously re-inventing to stay ahead of the copiers.

In this context, the recent ruling delivered by the Court of Justice of the European Union (CJEU) was favourably welcomed by the fashion industry. The UK fashion company Karen Millen won a significant legal battle against Dunnes Stores after the Court ruled in its favour over the protection of fashion designs.

Karen Millen brought the case, alleging Dunnes breached European regulations by copying a woman’s shirt and top that were previously launched by the designer. The Irish Supreme Court made a referral to the CJEU for a preliminary ruling on design rights.

Design rights are important intellectual property rights in the fashion design industry. Design rights are concerned with protecting the appearance of a product – they can protect the structure, look or design of core products such as clothing, footwear, handbag and accessory designs. The relevant EU legislation provides that a design is to be protected to the extent that it is new and has individual character. An unregistered design will be considered new if no identical design has been made available to the public before the date on which the design claiming protection is made available to the public. A design is considered to have individual character if the overall impression of the informed user differs from the overall impression by any design available to the public before it was available.

In these proceedings Karen Millen contended that Dunnes had infringed its design rights by manufacturing and selling exact copies. In its argument the designer relied on its ownership of unregistered Community designs. While not disputing that it had copied the garments, Dunnes challenged the validity of the designs, arguing that they lacked individual character.

In its ruling, the CJEU found in favour of Millen and rejected arguments raised by Dunnes. The Court held that the assessment of the individual character of a design involves verifying whether the overall impression it produces on the informed user differs from that produced by one or more specific, individualised, defined and identified designs from among all the designs which have been made available to the public previously. The fact that a design has features that have already been used in various earlier designs does not automatically imply that it lacks individual character. This means that if a design combines existing features in its own way, it may still be deemed to have individual character in comparison with earlier designs.

This is a case that helps define the fashion law landscape. The decision of the CJEU makes it significantly easier for high-end fashion designers and retailers to protect and enforce their designs by relying on unregistered design rights. On the other hand, it requires lower-end retailers to take even greater care when producing similar designs for sale.