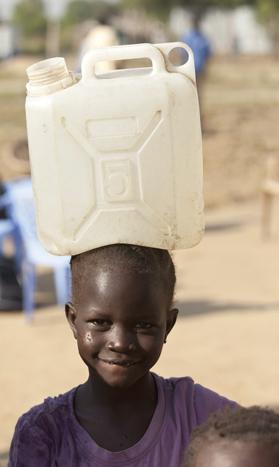 A parallel drive to improve sanitation, especially in India, where Prime Minister Narendra Modi has made basic toilets a national priority, would also yield strong returns without even considering improved human dignity.

Universal access to basic drinking water at home would cost €12 billion a year until 2030 and yield bene­fits of €46 billion, or about €3.5 for every 0.88 cents spent, according to the preliminary findings that will form part of a wider review.

Overall, building toilets to eliminate defecation outside in rural areas would cost €11.5 billion a year to 2030 and give benefits of €74 billion, a return of €5.30 for every 0.88 cents spent. The benefits were slightly less than in a previous study.

Investments in better water could mean 170,000 fewer deaths a year while basic sanitation would cut 80,000 deaths, mostly from infectious diarrhoea.

Water and sanitation have long been UN priorities. In the past 25 years, more than two billion people of a world population now totalling about 7.3 billion have gained access to better water and almost two billion to sanitation.

The findings are also part of a series for the Copenhagen Consensus Centre, which is looking at costs and benefits of everything from crop research to fighting AIDS as part of new UN development goals for 2030.

“We can save a lot of people” with clean drinking water and sanitation, said Bjorn Lomborg, head of the centre.