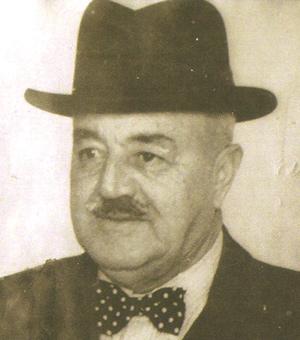 It was 60 years ago today – December 2 – that Carmelo Scicluna, affectionately known as ‘Is-Sur Meme tal-Ground’, passed away.

After managing the Mile End Sports Ground in Ħamrun for some years, his business foresight and tireless entrepreneurial energy fuelled him to ambitiously take on the building of the Empire Sports Ground, in Gżira, in 1922.

This venue became the birthplace for football competitions to truly come into their own, with crowds thronging every weekend.

But is-Sur Meme’s drive and acumen spurred him to venture further: he upgraded the ground to the Empire Stadium, transforming it into a fully-equipped venue that was state-of-the-art for its times back in the 1930s.

Among the many activities that were held there, the Empire Stadium also became known for its boxing and wrestling bouts, athletic meetings, circuses, carnival festivities, motorcycle and pony racing, pageants, Scouts and Girl Guide Jamborees under the distinguished patronage of Lord Baden Powel, theatrical shows and what not!

It was Scicluna who pioneered the first experiments in organising football matches under the floodlights.

He also introduced greyhound racing for which a running track was purposely built and illuminated by overhead floodlight.

Naturally, football remained the main and most popular event.

The Empire Stadium indeed became the irresistible magnet that pulled thousands of avid football fans to watch their favourite teams, Maltese or foreign, in action.

How can one possibly forget the popular Christmas tournaments?

Who, among those that lived the Second World War, can forget is-Sur Meme’s hard work to avail the Empire Stadium of football matches during the war years in an effort to keep the general morale high?

All this and for many years, the Empire Stadium was the staple source of leisure in the calendar of social life in Gżira and beyond.

Just as the Empire Stadium inevitably became synonymous with Scicluna, so were his philanthropic qualities.

As an appreciation for his contribution to sports and Maltese social life, is-Sur Meme’s commendable efforts were justly rewarded in 1945 when he was featured in the annual Queen’s Honours List and was awarded the prestigious title of Officer of the Order of the British Empire (OBE).

In 2003, he was posthumously honoured by having his name inscribed in the Maltese Olympic Committee Hall of Fame.

The budding town of Gżira, too, honoured is-Sur Meme, who held a special place in the hearts of the residents there, by appointing him as the first president of the newly-founded Mount Carmel Band Club.

Judging from the enormous popularity and esteem is-Sur Meme enjoyed and from the fondness with which stories about him are narrated by those who knew or remember him when alive, it was no surprise at all that when he died his memorial service was no less than that of a national state funeral.

This was indeed fitting for a great personality as was is-Sur Meme, who indisputably has etched his place as the foremost protagonist in the history of Maltese football.