A development permit for a constituency office in Qormi belonging to Labour planning spokesperson Roderick Galdes was issued "contrary to published policies" and should have "never been approved", according to the planning authority's outgoing auditor Joe Falzon.

Mr Galdes, who apart from sitting on the Mepa board on behalf of the Opposition is also an employee of the same authority, denied having exerted any pressure or that he used his influence to have the permit issued. He insisted that "all has been done above board" and that he disagreed with the auditor's interpretation of policies. 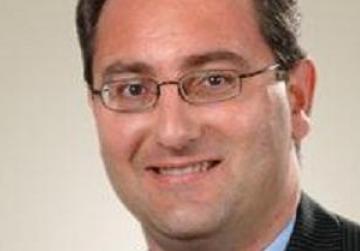 The issue involves the conversion of a room in a residential development in Triq San Raffael into an office used by Mr Galdes to meet his constituents. The application, filed under the name of Mr Galdes's wife in late 2008, was originally recommended for refusal.

However, following amendments to the plans, the application was approved by the Development Control Commission in March 2009 and a permit issued.

In the course of his investigations, the auditor found that the photograph on the Mepa website giving notice of this development "referred to a different application" and that following the issuance of the permit "the works were not carried out according to the conditions of the permit."

Mr Falzon concluded that Mrs Galdes' development application was "approved contrary to published policies" and that the architect responsible for the works "submitted an incorrect declaration for a compliance certificate", and recommended appropriate Mepa action against him.

Confronted with this information, Mr Galdes at first denied that the auditor had found anything wrong in this development.

However when told that The Sunday Times had a copy of the audit report, the Labour MP said he disagreed with the auditor's conclusions.

"This is a very small development of some 22 square metres and we have done everything according to the law," Mr Galdes insisted.

"I know there were some complaints from residents but this is all related to people who want to damage me politically," he said, adding that the application was filed in his wife's name to avoid any political pressure on the board.

Mr Galdes said although it was true that his application was originally recommended for refusal, he had made changes to the plans to comply with the wishes of the Development Control Commission.

"At the end of the day, no matter what the auditor says, the DCC issued the permit and all is legal," he said.

This is not the first time that Mr Galdes has come under the radar of Mepa's auditor.

Mr Falzon had contested Mr Galdes's appointment to represent the Opposition on the authority's board in September 2008 on grounds that it constituted "a conflict of interest" between his duties as a Mepa employee and his role as a board member.

At the time, Mepa chairman Austin Walker had said the authority sought legal advice on Mr Galdes's 'double position' and that he was in discussions with the MP.

Asked whether the authority had done anything to resolve this problem, a spokesman for Mepa told The Sunday Times it was not the authority's competence to decide whether Mr Galdes's double role is tenable or not.

"The discretion of Mr Galdes' appointment falls with the Leader of the Opposition," the spokesman replied.

Mr Galdes said he saw no conflict of interest as his was a political appointment by the Leader of the Opposition.

"My role as director is not managerial but political," he said.

"In a further reaction to the above story today (Sunday), Mr Galdes said: PA 5348/08 for my 22 square metres office was approved four years ago according to normal procedures and was dealt with it by MEPA like any other case of private individual citizens.

There was only one reason for refusal by the case officer which was addressed by my architect and accepted by the DCC board in the first sitting. The decision was taken over two sittings and was unanimous. This is a normal process for ANY citizen and for ANY similar application in front of MEPA.

After having presented my case, a neighbour filed a complaint at the Audit Office. The auditor cites a policy which takes into consideration commercial offices. In this case the office is neither commercial and has also a separate access from the rest of residential dwellings."

Mr Galdes said he is not a member of any DCC board appointed by government and the whole process, which took months, showed that he used all normal routes that a private citizen would take.

"In the same street there are also political offices of three other MPs from both sides of the House," he added.