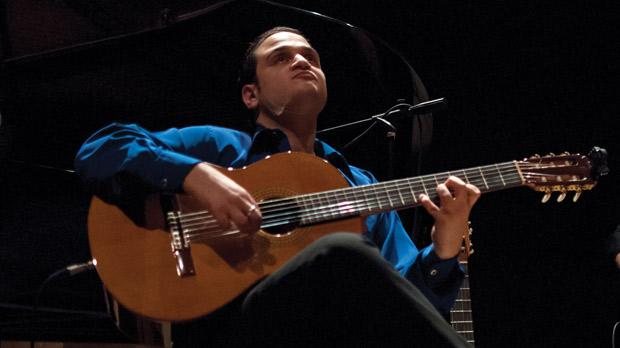 You belong to me

I was given a guitar at the age of five. It was kept safely on top of a wardrobe until my curiosity got the better of me. I started private lessons aged six and almost immediately became engrossed in the instrument, spending endless hours practising.

I dived into classical music studies. Playing works by different composers gave me the thrill of experiencing the various colours and soul of melodies and harmonies that developed music in my soul. I got into all kinds of styles, from rock, blues and experimental to bossa nova and jazz.

When I was younger I would spend around five hours a day on my guitar. Nowadays I have to plan my schedule and dedicate my time to studying, composing, experimenting, recording and rehearsals.

My relationship with my guitar can be described as an intra-personal one that has built in me a private and secret way of life towards my guitar. It gives me something that no one or nothing can ever make me feel.

My guitar means freedom. It gives me a palette of colours with which I can express my innermost emotions. My respect and love towards my instrument in a natural way enables me to find new ways and lines of thought in handling new music with dedication. The guitar has taught me many new ways of composition, styles and creating sound and textures with melody.

For me the guitar’s personality is a grand way of depicting genuine feeling, the source being the guitarist’s approach to handling the instrument. You could say it’s the same as the way you handle relationships of any kind in life.

I can find no flaws in my guitar nor have I ever even thought about its disadvantages. I just belong to it. 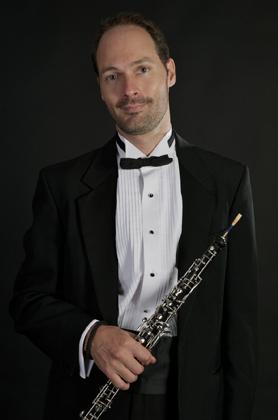 The curse of the reed

My oboe is made by a French firm called Marigaux. I went to Paris to choose one during the summer of 1999 and Monsieur Francois came in the room holding about five instruments on a board, like a waiter bringing a plate of food.

“Mr John, I have a few more in the backroom for you to choose from,” he told me with a wink. It was like a scene from ‘Allo ‘Allo. After trying out all the instruments I kept going back to the same one. Last year I bought a baroque oboe made of boxwood that has two simple brass keys. It really is just a glorified recorder, be it a beautiful one, but certainly not easy to play.

As I have been on sabbatical, I have spent more time trying to learn the baroque oboe, so the majority of my mornings are spent studyingthis instrument.

If you work full-time with an orchestra, then you have around four to five hours in rehearsals alone, with individual practice done on the technique needed before and after the sessions.

Oboists also have ‘the curse’ of the reed: reeds are governed by climate, humidity, temperature and some say even the moon. So they are temperamental to say the least, which really isn’t the fault of the oboe itself, but the reed. Yet one cannot work without the other.

All professional oboists spend hours making their own reeds, scraping bits of wood to get the right tone, only to have it crack after two hours, or die after a day.

When you have a good enough reed, then the oboe has one of the most beautiful voices ever. It can be bittersweet, spicy and plaintive and make the listener laugh or cry. The sound alone is what makes it all worthwhile and you have to be totally in love with that to make it a joy to play through all the frustration and hard work.

Oboists are blessed in that many of the best composers wrote for the oboe. Think of Bach, Handel, Mozart and Beethoven, all through the romantics till we arrive at The Mission and that evergreen favourite, Gabriel’s Oboe by Ennio Morricone.

If it’s a country scene you want in a film, there will usually be some form of oboe playing it. If it’s love, oboes can do that too. An exotic snake charmer? Then you definitely need an oboe. However, hens, ducks and other fowl are my speciality! 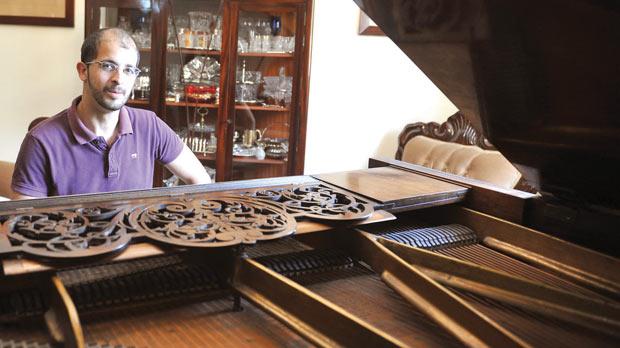 You do not choose your instrument – it chooses you. It’s like walking into a dog pound and knowing immediately which one out of those hundreds of homeless pooches is yours. And you will build a pretty similar relationship: your instrument becomes an extension of who you are.

An instrument is not a piece of furniture or a decorative accessory: frames, vases and all manner of ornaments are expressly forbidden on my piano. It would be like dressing up your child to match the upholstery of your sitting room when you have guests over for dinner. Humiliating for all involved.

My piano’s name is Gejtu and he is an 1897 Bluthner. Yes, he has a name, and feelings too. There are two very good reasons for that name. Firstly, it’s the Ħamrun blood which can only be understood by Ħamruniżi. Secondly, because I first met Gejtu the week of the feast of Saint Gaetan. The piano was at a friend’s house and he wanted to sell it. I sat down and played it. It was love at first sound.

The deal was struck on the Friday before the feast, with a delivery set for Monday morning. Bad idea: if anyone has ever experienced the Ħamrun feast, they would know why the Monday after is not ideal for any sort of transaction, appointment or any other form of human contact. So the story began, a story that is now reaching its fifth anniversary. Just like any other relationship, your rapport with your instrument grows and matures. You discover its strong points and its weaknesses. Ironically, it also makes you realise yours.

My piano has helped me mature as a musician and as a human being. Sometimes, I just sit down at the piano and play a note or a chord, and just enjoy that one uniform sound. You learn to appreciate the different qualities of sound depending on your approach.

If you need to know just how attached musicians get to their instrument, try playing it without their express permission. We make angry mother bears look tame and cuddly. It is like a defilement of a sacred object or space. What to others looks like a toy, to us is a beloved offspring, part of our flesh and bone. Remember, you do not choose your instrument, it chooses you, and that’s one huge responsibility.