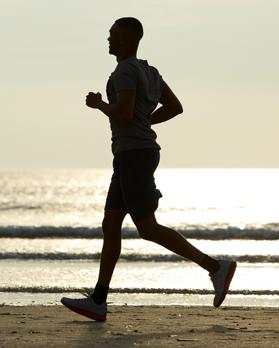 Dr Busuttil said the best way to combat obesity was to convince people that a healthy lifestyle would improve one’s mental wellbeing.

Leader of the Opposition Simon Busuttil yesterday described the Private Member’s Bill moved by Nationalist MP Robert Cutajar on curbing obesity as one which showed the functional role of the Opposition as part of the legislative arm of Parliament.

This was an advanced, comprehensive law which no other European country had ever proposed before. It was the first time that a completely new Bill had been put forward completely by the Opposition.

Dr Busuttil said the best strategy for a nation’s health was prevention, especially since the situation at Mater Dei Hospital was becoming of ever greater concern.

Obesity was a silent killer which also destroyed one’s quality of life because it led to a long list of chronic illnesses. However, those who were obese needed to be treated sensitively, otherwise one would exacerbate their situation.

According to studies, Dr Busuttil said, the effect of obesity on the health and economic sectors was as great as that of smoking. The best way to combat obesity was to convince people that a healthy lifestyle would improve one’s mental wellbeing. It was unfortunate to learn that despite our good weather, Malta had the lowest percentage of people who did some form of outdoor exercise.

It was unfortunate to learn that despite our good weather, Malta has the lowest percentage of people who did some form of outdoor exercise

Obesity had also proven to be more prevalent among those on a lower income scale, as the household budget was spent on unhealthy junk food.

For those who were poor, he said, it was the lack of healthy food which was the problem, not the lack of food in general.

Moderate, nutritious portions, regular exercise, maintaining a healthy weight, not smoking, and moderate alcohol were all considered to be the ideal type of lifestyle. Achieving these aims had also been proven to help people achieve other aims in life, Dr Busuttil said, preventing the vicious cycle which obesity often led to. It was a way of life which needed to be instilled in young children.

“The habits we learned when we were young were those which we adopted when we grew older, which is why this Bill is emphasising that parents should start their children on the right track,” he said.

The law referred to education and local councils as well as the care of the elderly.

The food at schools should be healthier, with specific times set aside for exercise. Councils should give communities information about healthy living, with more spaces for exercise, especially for the elderly who suffered from obesity more than the average population.