On her first trip to Africa, schoolgirl who won hearts after being shot by Taliban meets girls from rural communities with a passionate desire to go to school

Malala Yousafzai, the schoolgirl shot in the head by the Taliban, has made her first visit to Africa to highlight the problem of tens of millions of children growing up without an education.

The 16-year-old spent several days talking to girls from rural communities in Kenya about their desire to go to school. 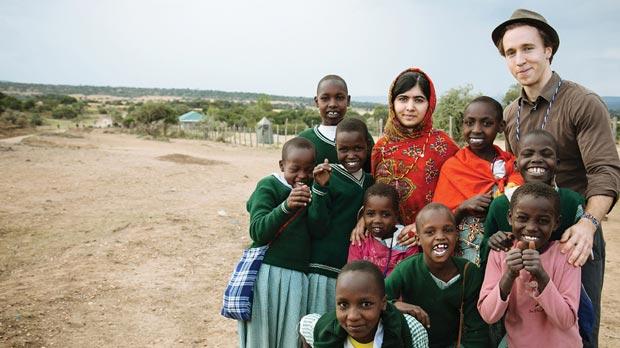 “I came to Africa to raise awareness about the 58 million children not in primary school who face numerous barriers to education,” Malala said.

“I was particularly inspired to meet young girls in Kenya who are so passionate about getting an education, building their future and the future of their country.”

This is the beginning of a deep commitment to Africa, and a testament to our belief that educating the children of the world holds the key to spurring progress and countering violence

She made the visit on behalf of the Malala Fund, which aims to “empower girls through education”.

The teenager, who won hearts around the world after she survived an assassination attempt in October 2012, was accompanied on the visit by her father.

They were hosted by international charity Free The Children.

Malala mixed cement and laid bricks to help build a school in South Narok, a region west of Nairobi.

Children chanted “Malala” repeatedly after she gave a speech before the local community presented her with a goat, a mark of respect in Maasai culture. 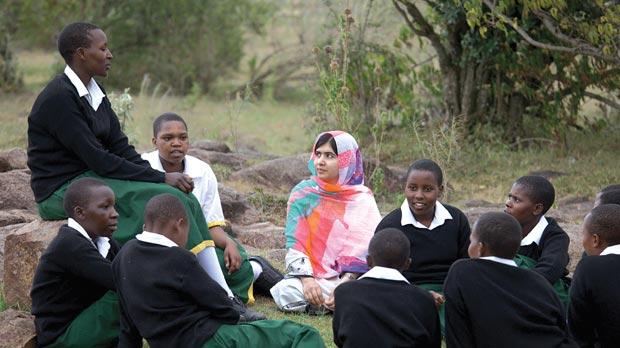 Malala with the co-founder of Free the Children, Craig Kielburger.

Shiza Shahid, chief executive of the Malala Fund, said: “We feel honoured to have laid the foundation of the first school that the Malala Fund is building in Africa with Free the Children. This is the beginning of a deep commitment to Africa, and a testament to our belief that educating the children of the world holds the key to spurring progress and countering violence.”

Craig Kielburger, co-founder of Free The Children, said: “We are so grateful to work together to build a school. After the horrific kidnapping of the Nigerian girls, we are inspired by Malala’s compassion and leadership in ensuring edu-cation for girls on the African continent.”