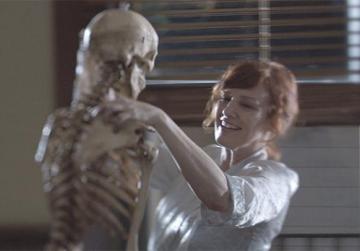 Among today’s highlights is Simshar director Rebecca Cremona’s new film Magdalene. The film is set in 1931 California. Magdalene used to be a concert pianist from a modest background who is now a rich trophy wife who can no longer play. Unable to bear her own betrayal, she takes a dose of poison.

Another highlight is the 2016 film Do Re Mi Fa.  Set in Malta, the plot focuses on four characters: Bozo, a children's party clown who is a closet paedophile; Claudia, a stage actress who is paralysed with feelings of insignificance and is driven to do the extreme; Kyle, a family man with a deaf son who finds it increasingly difficult to cope with challenges at home and at work; and DJ Trim, a talk radio show presenter suffering from an anxiety disorder who advocates for the rights of illegal immigrants and becomes the target of unwanted attention from a threatening caller. The film is certified 18+.

Attending the film screening will be director Chris Zarb and actress Irene Christ, who will also take part in a discussion following the film.

Magdalene is showing at 6.30pm while Do Re Mi Fa is screening at 8pm at the cinema of St James Cavalier. Admission is free and no booking is required. For more information about the Malta Film Expo, visit http://maltafilmfoundation/maltafilmexpo.com .