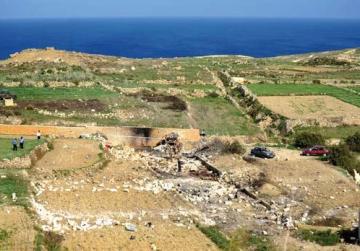 Labour wants the planning authority to revise its fireworks factory permit policies, with its home affairs spokesman saying that he would “hate to see Malta importing fireworks from China”.

He was speaking at a national fireworks conference held on Saturday. The conference brought together manufacturers, scientists, politicians and engineers to discuss the future of fireworks in Malta.

The conference was organised by the Fondazzjoni Gal Xlokk, which brings together representatives from a number of local councils, commercial entities and non-profit institutions. It was held at Montekristo Estates.

It just leads to more pressure on existing factories

It was held exactly a year after an independent inquiry into fireworks accidents had warned that Malta would face a large-scale tragedy within two years unless regulations were amended and some chemicals banned.

The recommendations remain only on paper and, in November, the inquiry board’s ominous prediction came true when a fireworks factory in Għarb blew up, killing three.

Dr Falzon’s calls for more factories in Gozo echoed those of Malta Pyrotechnic Association secretary Godfrey Farrugia, who said that limiting the number of factories was counter-productive.

“It just leads to more pressure on existing factories, which then have to produce and store more fireworks in one place,” Dr Farrugia argued.

MPA president Josef Camilleri agreed. “There are 140 licensed manufacturers in Gozo without a place to make fireworks,” he pointed out.

Participants at the conference broadly agreed that fireworks were an integral part of Maltese culture but that the tradition had to be made safer.

Chemist Alfred Vella, who had chaired the inquiry board, reiterated the calls for quotas on the amount of perchlorate distributed to be introduced.

“We’re setting off a disproportionate number of fireworks in too short a period of time,” Prof. Vella warned. He cited a 2009 study that had found atmospheric levels of perchlorate 15 times higher in August – the height of the festive season – than in December.

Talk of quotas was music to the ears of Victor Asciak, who also sat on the Vella inquiry board.

Prof. Asciak said the time had come to limit the number of fireworks that could let off, with quotas agreed upon by the major stakeholders. The Church’s environment commission, which he chairs, was willing to pitch in towards a fireworks research facility, he said.

Nationalist MP Carmelo Mifsud Bonnici, who, as Home Affairs Minister had called for the national conference a year ago, was due to attend but was instead replaced by MP Philip Mifsud.

Mr Mifsud suggested that manufacturers were sometimes overconfident and did not take all the necessary precautions.

Such igniters allowed enthusiasts to set off fireworks remotely and at a distance. Igniters’ tips had plastic caps that helped prevent fireworks being set off inadvertently through friction, Mr Spiteri added.