At about 1.30pm on January 11, 1693, Malta and Gozo experienced the worst earthquake in their history. The tremor lasted some four minutes and was felt all over both islands.

In the words of a contemporary it “caused panic amongst the whole population. Most people spent several nights outside; the inhabitants of Valletta in the open areas of Floriana and the inhabitants of Cottonera took refuge on the galleys and other ships in the harbour”.

The epicentre of the magnitude 7.4 earthquake was offshore, close to the coast of Catania. In Sicily, the earthquake killed over 60,000 people and caused extensive damage to Syracuse, Catania, Agrigento, Avola, Noto, Ragusa and many other towns and villages in the southeast of the island along the Val di Noto.

A huge tsunami followed which practically devastated Augusta and caused a great deal of damage to several galleys of the Order of St John that happened to be anchored there. 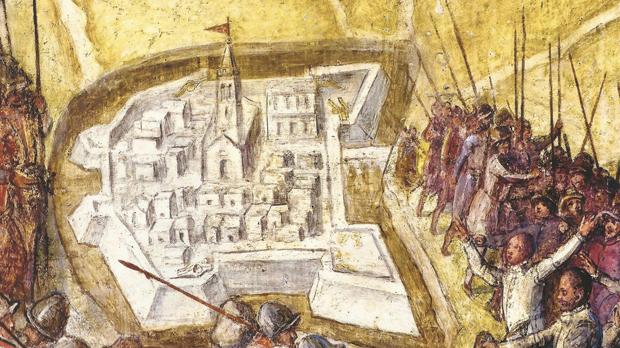 Two paintings of Mdina by Salvio D’Antonio, who was active between 1493 and 1525. 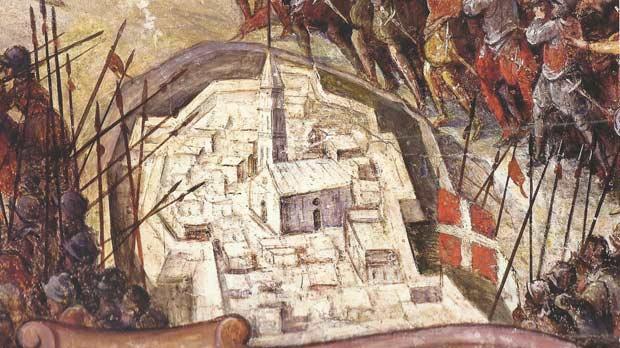 In Malta there were no casualties but very extensive damage was caused to buildings in Valletta, Vittoriosa, Senglea and Cospicua. Mdina was very severally damaged. 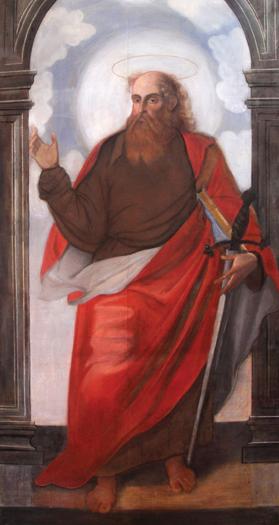 The cathedral was built on the site where legend has it the Roman Governor Publius welcomed St Paul.

Although not totally destroyed the old medieval Sicolo-Norman cathedral was very severally damaged. The cathedral, built on the site where legend has it the Roman Governor Publius welcomed St Paul, dates back to the 13th century. At the time of the earthquake the cathedral was not in a particularly good state of repair. Plans were in hand to rebuild it.

The earthquake destroyed large parts of the old cathedral. This hastened the rebuilding of the cathedral as we know it today. This was built in the space of five years between 1697 and 1703 to the design of the legendary Lorenzo Gafà and consecrated in honour of St Peter and St Paul in 1703, one year before his death. Gafà’s design arguably represents the height of Maltese baroque architecture which characterises the design of most parish churches in Malta and Gozo.

Fortunately many artefacts belonging to the old Sicolo-Norman cathedral survive. Among these are a 14th century organ loft, choir stalls and a large number of beautiful paintings on panels.

The Cathedral Museum has undertaken a programme to restore these artefacts with a view to exhibiting them in the museum.

The museum is seeking sponsorships to help fund this project. It is also seeking support to raise awareness and appreciation of the Sicolo-Norman cathedral.

Gerald Montanaro Gauci is a member of the management committee of the museum of the Metropolitan Cathedral in Mdina.