Anyone who ran a search for the word ‘Mediterranean’ on Amazon would be pardoned for thinking that food, drenched in olive oil at all times, is all there is to it. There are stacks of books on Mediterranean cooking, the magical health benefits of the Mediterranean diet, and so on. It helps if the setting is a villa in Tuscany, or if the lemons are delivered by an old woman in a black headscarf. In matters of food, it would seem, the Mediterranean has a strong personality.

Except there are problems. For example, Mediterranean peoples include scores of millions of Muslims, and Islam tends not to think too highly of pork and wine. There is such a thing as a pork-eating and wine-drinking Muslim, of course, but they probably wouldn’t make the same spectacle of it as the salami and Chianti virtuosi up north. Even in matters of food, then, it turns out that the Mediterranean isn’t so vertebrate after all. 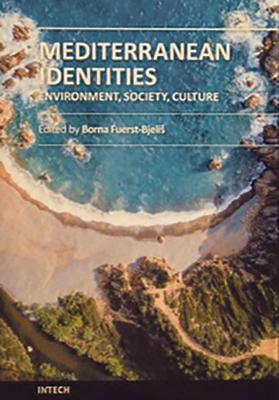 Which is why the title of this book settles for the plural form. The editor is clear that there is no such thing as a unitary Mediterranean identity.

Rather, there are multiple Mediterranean identities that exist in a region that is far from uniform, and that is united only in its diversities, contacts, and interconnections. It’s a well-trodden solution to a perennial puzzle that has kept generations of scholars tracing, like Madame Bovary, wistful lines on maps with their fingertips. Somehow, the activity seems to retain its seductive charm - the MA in Mediterranean Studies at the University of Malta, for example, is in its third and handsomely-subscribed year.

Mediterranean Identities includes a generous 17 chapters that are grouped in four sections. The first and somewhat cliché-titled ‘Rethinking the Mediterranean’ explores the unity-in-diversity theme and teases out some of the continuities and fault lines of the region. The second looks at marine and terrestrial biodiversity and ecosystems; as expected for what some like to call the Anthropocene, there is no shortage of threats and profound transformations. The risk factor is taken up in detail in the third section, which presents case studies on climate change, forest fires, and drought. Finally, the last section looks especially at food production and, inescapably, the Mediterranean diet.

Tellingly, many of the authors are scholars who work at universities in the region itself. Victor Mallia-Milanes, a historian, and Alan Deidun, a marine biologist, chip in for the University of Malta. Each in their own way, both tell a story of continuity and change.

Mallia-Milanes is a specialist in Hospitaller history, and it is precisely that history that he singles out to illustrate his argument. He describes the Order as a ‘living force of continuity’. This it achieved partly through its undiminished expertise in medical knowledge and practice, and also as a military institution whose crusading zeal against Islam kept the ‘clash of civilisations’ storyline topical. More broadly, Mallia-Milanes takes issue with the idea, current in some circles, that the age of exploration and especially 1492 made a backwater of the Mediterranean.

Even in matters of food, then, it turns out that the Mediterranean isn’t so vertebrate after all

Certainly its place at the helm of the global wheels of commerce was challenged, but this does not mean that its regional cultural unity was lost. Rather, many of the deep-seated physical, ecological, and social patterns and cycles survived, and in many cases can still be encountered. Maltese fishermen, we are told, “still cast their nets in the blue Mediterranean and have them spread out on the quay to dry, to mend, to have them cleared of weeds, much as their ancestors had done hundreds of years before them”.

What they find in those nets, and the kind of weeds they clear them of, is another matter altogether. Deidun and his co-authors give us some idea of the sort and scale of biological invasions that are changing ecosystems around the Mediterranean. Climate change and warmer sea temperatures, as well as the high volume of maritime traffic at both ends, mean that a bewildering variety of Atlantic and Red Sea species of animals and algae can now comfortably use the term ‘mare nostrum’.

Very soon, Maltese fishmongers may have to learn how to clean pufferfish of their deadly toxin and lionfish of their highly venomous spines. It remains to be seen which local whites go best with alien fish, but the Mediterranean has long had a way with these things.