It was an ill-fated sea journey which ended tragically. Driven by a strong north-easterly wind, a heavily laden ship struck a reef in the middle of Għadira Bay. 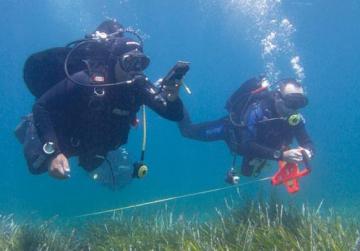 We do not know whether the crew made it to land safely, as the tragedy took place some 2,000 years ago.

What we know is that the ship and its cargo sank and that archaeological excavations of the wreck are now shedding light on Malta in Roman times at about 300 AD.

“Our excavations show that Malta was very much part of a Roman Mediterranean maritime network – our ports were very busy,” said Timmy Gambin, director of the excavations carried out in May by the Archaeology Department at the University of Malta.

The Għadira wreck is known as the “Mortar Wreck” because the cargo excavated consisted mainly of mortars: bowls made of ceramic with rough edges for crushing and grinding food, herbs and medicine.

Mortars in Roman times were as common as sieves in today’s kitchen, making them very much in demand, said Dr Gambin, senior lecturer in maritime archaeology.

The type of pottery unearthed sheds light on the era and the provenance and it is quite evident from the cargo that the ship was calling from the eastern Mediterranean.

“This means that produce was reaching the island from various parts of the Mediterranean,” said Dr Gambin.

The wreck was first scientifically excavated in 1967 by Honor Frost, a pioneer in the field of underwater archaeology who led many Mediterranean archaeological investigations. 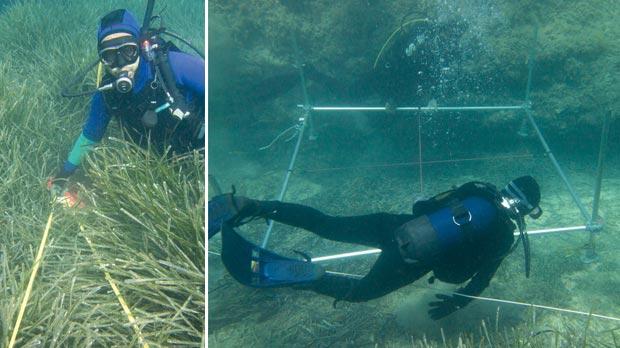 Marine archaeologists excavating the Mellieħa wreck, which is shedding light on Malta in Roman times at around 300AD. Photos: Department of Archaeology/UOM

Ms Frost was on her way to the Middle East with a diving team from the Royal Military College of Science at Shrivenham, when her work had to be postponed due to the Arab-Israeli war.

The site was however not completely excavated but her work was carried out in a controlled manner so that excavations could be resumed at any future date.

Which is exactly what the freshly set up marine archaeology branch within the Archaeology Department at the UOM did this year.

In collaboration with the Australian High Commission, the Superintendence of Cultural heritage and the Honor Frost Foundation, the department chose the Mellieħa bay wreck for its first excavation.

This time, the studies, carried out by a 12-man team, focused on establishing whether Mellieħa bay is a multiple shipwreck site.

Aiding the archaeologists is the fact that the site is surrounded by posidonia – a kind of sea grass.

“In underwater archaeology posidonia is our friend because it protects the site and can preserve even organic matter,” said Dr Gambin.

Among the artefacts brought up this time there was a well-worn pendant. “In all probability, this must have been worn by someone on board,” said Dr Gambin. “We also found part of the crew’s functional objects such as a lamp.”

This excavation throws light on the wealth of our shores in archaeological terms. “I’d say our sea bed is very rich – our harbours have been very active since ancient times – and there are still deeper waters that we have yet to explore.”

This is the first marine archaeological excavation to take place in a decade; before that only another two other underwater digs were carried out in Malta. “We used to depend on foreign experts. But now foreigners are coming here to be trained in underwater archaeology,” he said. 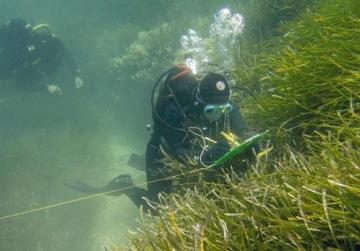 Underwater excavation techniques follow the same principles and techniques as land excavation with some key differences in tools and in man-hours.

“You can only have about two hours of on-site excavations in a day – an hourly session in the morning and another one during the day,” he said, explaining the painstaking process.

The bulk of the work is then carried out on land, namely desalination of the artefacts, planning and mapping. A presentation on the results of this underwater archaeological dig will be given to the public later this year.