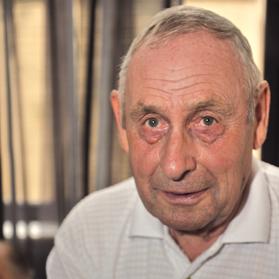 George Patience, 78, who in 2009 received an MBE for his sterling work with the Algerines Association. Photos: Jason Borg

A group of British World War II veterans who served in the 12th Minesweeping Flotilla, which swept more mines in the Mediterranean than any other fleet, were recently in Malta on a visit.

The trip was organised by the Algerines Association, which aims to bring together the men who served on these boats in peace or in war.

George Patience, from Inverness in Scotland, who is now 78, served on the Algerine class ship HMS Welcome after WWII and has distinguished himself for his efforts to keep the association alive.

Mr Patience, who in 2009 received an MBE for his work, has been striving to get funds from the Lottery to finance trips to countries where the men had seen military action, including Malta.

The Algerines were a class of minesweepers which first saw service in 1942. Forty years on, and some were still deployed on minesweeping duties with the Royal Navy, with one venerable survivor carrying on with the Royal Thai Navy into the 21st Century.

The 110 boats in the class saw much active service in World War II, not only in their minesweeping and mine-laying role but as convoy escorts, with six ships lost to enemy action.

The end of the war in Europe saw the 12th still sweeping and this continued throughout 1945 and well into 1946. In April of that year, the flotilla left Malta for England, to continue mine clearance off Holland for a few more months before finally disbanding, some to reserve and others for transfer to foreign navies.

In all, the 12th MSF had swept 2,715 mines in the Mediterranean, a record surpassed by no other flotilla.

Some of the veterans, who are now in their late 80s, spoke to Times of Malta about their fond memories of this island and aspects of life during the war years. 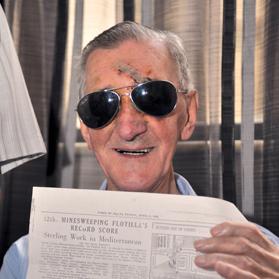 I was amazed at the amount of destruction there was in Malta and what the people of this island had been through. People were very friendly. If you were in the navy you were considered a god by the locals. We came back in 1946 and spent another month here at Fort St Angelo and Fort Ricasoli and I utterly enjoyed it. 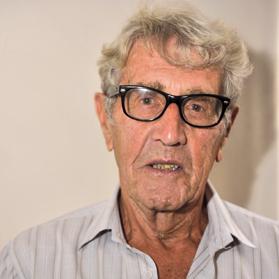 Malta has changed vastly, and I would prefer part of it like yesterday and part of it like now. Now it seems to be all haste. We had no such things as cars and it was not like a big city as it is now. When I came here I was amazed and I was only a young lad whose mind could captivate so much.

I had seen nothing like it before except at the cinema and was amazed. I went to Italy, France, Egypt, Corsica, Sardinia but Malta was the favourite.

The only time I felt a resentment coming to Malta was when we had to escort a yacht with King Farouk of Egypt, who was a tyrant. The British had sided with him for the simple reason that they wanted to retain control of the Suez Canal. He was just as bad as the ones we were fighting out there. 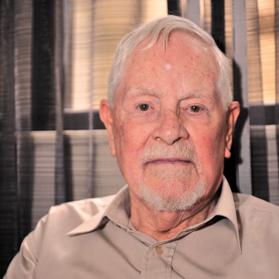 We swept mines in every part of the Mediterranean. We took Churchill and Roosevelt to a conference with Stalin on their way to Yalta. The HMS Albacore was mined in Greece during a mine- clearing operation and we came back to Malta. The young ladies in Malta were very well protected by their aunties, married sisters and grandmothers. They were not allowed to talk to us. So the only place we used to hang out was in Strait Street. We used to go to Yorkies, which was run by an ex-Yorkshire man, and he would wake you in the morning with a bottle of beer. We used to tie up in French Creek and there was a pub called the Brown Cow. It was our first taste of beer for months.

I was on HMS Circe and was at the Anzio Landings. I remember coming to Malta, which we always used to look forward to since it was the only place where we used to get beer. We had a tailor come aboard. Sailors always like to have a “tiddley” suit, which is an extra suit with wider trousers which for us was special. He got a list and came again the next day and we went on a horse transport to his house in the country to take measurements. They were delivered some days later. 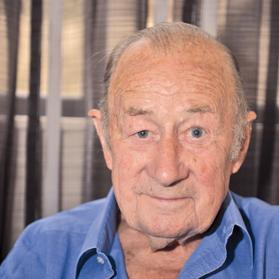 Though I did not actually serve in Malta, the HMS Speedy was well known for escorting the Ohio into Valletta during Operation Pedestal, more popularly known as the Santa Marija Convoy. Soon after that, she was sweeping off Valletta, hit a mine and had a boiler blown off. She made her way back to the UK under her own steam and it was here that I officially joined her crew when she was commissioned once again. From there we took part in the Normandy landings, ending the war sweeping the English Channel and the Dutch coast.