The adoptive parents of Blessing, the girl who lost her family at sea five years ago, have asked the Italian courts to reopen the investigation into claims that they drowned due to the coastguard’s negligence.

Audrey and Saed Al Ghahes, the adoptive parents of Blessing who is now six, are claiming that the captain of the Italian coastguard’s ship tried to hide the fact that during the immigrant rescue operation – on June 10, 2008 – about 14 people died, including Blessing’s parents and brother.

They have in hand evidence of immigrants who survived and are claiming that the small fibreglass boat they were on capsized when it was hit by the ladder of the Italian rescue boat.

“According to these witnesses some people drowned and some were sucked under by the propeller,” Mr Al Ghahes said as he sat in his living room near his wife, daughter and their many pets.

Blessing, who was concentrating on her drawing, looked up at her father and said: “Daddy what’s a propeller?”

He explained to her that it pushed boats forward. She continued drawing, oblivious of the context.

But Blessing is aware what is going on as her parents have explained the situation to her in a way she can understand.

Blessing was one of the 17 immigrants – 13 men, two women and two babies – brought to Malta in June, 2008, after their boat was intercepted out at sea by the Italian coastguard’s vessel Fiorillo. Blessing, another baby and a woman were airlifted to Malta.

Back then the Maltese media reported the arrival of the 17 migrants but no mention was made of any deaths at sea. As the media picked up the story of Blessing, who was three days short of turning one, the manner in which her parents and brother died remained vague.

It emerged that she was the daughter of a woman from Cameroun and a Nigerian man – Morine and Dadau.

The orphaned baby was taken to the Ursuline Sisters Crèche in Sliema until a woman, who claimed to be her aunt, took her. But a few weeks later the woman admitted she was not related to her and Blessing was returned to the crèche.

About two years later, Blessing was adopted by the Al Ghahes couple. Interested in her history they asked her social worker about the details of her story.

The social worker told them that when the people on the boat saw the Italian coastguard they got agitated and the boat capsized, Ms Al Ghahes said.

But the more she thought about it, the more she started doubting and questioning. She searched online for the date of the incident and found newspaper articles that opened a Pandora’s Box.

She learnt that sometime after the tragedy an anonymous letter was written by two Italian soldiers and sent to the Messina Tribunal.

The letter, reported in Times of Malta in October 2009, said that “about 10” migrants died that day due to “a tragic error” and that they were never accounted for. It said the migrants’ boat capsized when it was hit by the ladder of the rescue boat and migrants drowned while some were “minced” by the propeller.

The letter also said that the captain had ordered the soldiers on board to give him any footage and photos they had taken.

A spokesman for the Italian coastguard had said there were around 20 people on board and that three members of the crew had been nominated for bravery awards.

The letter was also sent to the popular Italian investigative news programme Le Iene. Journalist Luigi Pelazza came to Malta in May 2009 to interview survivors who spoke about the “phantom bodies” that were never spoken of. They said that about 14 people had died, including one child.

The footage of these interviews, as well as an interview with the Al Ghahes family, was only aired last Tuesday. Mr Pelazza said it could not be aired earlier “for legal reasons”.

Through their Italian lawyer, Salvatore Di Dio, the family appealed to the Messina Tribunal to reopen the case into the alleged wrongful death of the irregular migrants after a preliminary hearing in 2012 ruled that the case should not proceed to trial.

They are now armed with the footage of Le Iene and the survivors’ testimony.

“I hope that justice works as it should,” Ms Al Ghahes said adding they were ready to take it “all the way” to the European Court of Human Rights.

“We have a duty towards Blessing and her parents to seek the truth and we want to see the truth recognised in court. We want Blessing to know the full picture and to know she was not abandoned but that her parents wanted a better life for her,” Ms Al Ghahes said. 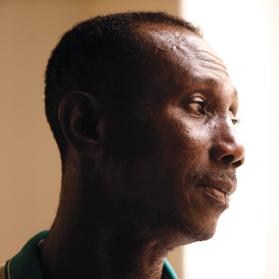 Nigerian Ernest Assumang Kumi remembers every detail of that Tuesday – when the ship that was meant to save him and another 30 migrants was the cause of death of so many.

A group of 31 migrants, including three babies, left Libya on June 6, 2008. A few days into their journey the sea turned rough. When they spotted a ship in the distance they decided to go towards it to seek help.

They were relieved to see the Italian flag and, as they approached it, the Fiorillo started circling them. A migrant on the boat held up a baby to show they needed help.

“They brought down one big ladder for us to climb. This ladder hit one side of our boat and immediately turned upside down…

“We were in great difficulty, but no one from the big boat came to rescue us… Later they put a net beside the boat for us to climb,” he said.

A man named Lucky snatched Blessing from her mother and threw her into the arms of a crew member.

When they got onto the boat and realised that some people were missing they were told that they were being taken care of in the lower part of the boat. But, when they persisted, they were told their friends had not survived. Mr Assumang Kumi lost his brother.

He is the only survivor who still lives in Malta, apart from Blessing. He has released an affidavit what had been sent to the Messina Tribunal as part of the request to re-open investigations.

He hopes that the case will be reopened and that the truth will come to light for the sake of all the people who were on that boat.