A Nigerian man who has lived in Malta for 10 years, paid taxes for seven, and has been technically married to a Maltese woman throughout this time, is still begging the State to grant him a residence permit.

Michael Ajibode, 40, married a Maltese woman in June 2003 after a courtship in Libya, where she was carrying out missionary work. After four years and 10 months of marriage – two months before he was due for citizenship – his wife got a court order to remove him from their home, claiming he was abusive. 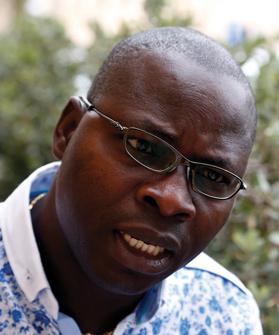 She also filed for separation and began annulment proceedings, as she had successfully done with her two previous marriages to a Dutchman and another Nigerian.

But in this case, Mr Ajibode’s submissions convinced the court to reject her request for annulment, even at appeal stage, which ended the proceedings in November 2012.

I have been living hand to mouth for three years

Before the annulment case was over, however, Mr Ajibode was accused of theft by a mechanic he used to help out at his garage.

Last month, the court acquitted Mr Ajibode, after CCTV footage produced as evidence was discarded as experts concluded it was edited.

Magistrate Audrey Demicoli said the court faced “conflicting evidence” and without the footage, the prosecution did not prove beyond reasonable doubt that hestole money.

But being vindicated did not solve his problems, as Mr Ajibode lost his job at an electronics manufacturer after he was charged.

“I have been living hand to mouth for three years,” he told The Sunday Times of Malta.

“People are closing their eyes as if I am not a human being,” he said, frustrated by the treatment he has received from authorities.

Mr Ajibode lost his right to citizenship when the couple separated but was allowed to stay in Malta for the annulment proceedings and to defend himself against his theft charges.

Now that he has been cleared, however, he has still not been given residence papers, forcing him to live in uncertainty.

Mr Ajibode insists he had never planned to come to Malta and was living comfortably in Libya where he worked as an English teacher and later as a security guard in a five-star hotel.

However, after living in the country for a decade and paying taxes for the seven years during which he was employed, he believes he has a right to live in Malta. His lawyer, Victor Scerri, has written to the Citizenship and Expatriate Affairs Department asking for his request to be considered because he had been the victim of his wife’s behaviour.

According to Dr Scerri, the department had yet to approve or refuse Mr Ajibode’s request.

He is not asking for citizenship, which would give him the right to vote, but a residence permit to let him continue living in Malta, where he has settled in St Paul’s Bay.

Mr Ajibode’s wife, who is not being named at her request, has provided The Sunday Times of Malta with her own version of events where she denies being in any way untruthful or malicious towards her husband.

Mr Ajibode claims his wife never told him about her two previous marriages but she insists he knew about them, as did their Christian pastor who counselled them for three months and also married them.

Both parties have made several allegations against the other that are not being published for legal reasons and because there is little evidence to support any of the claims.

The couple do not have children.